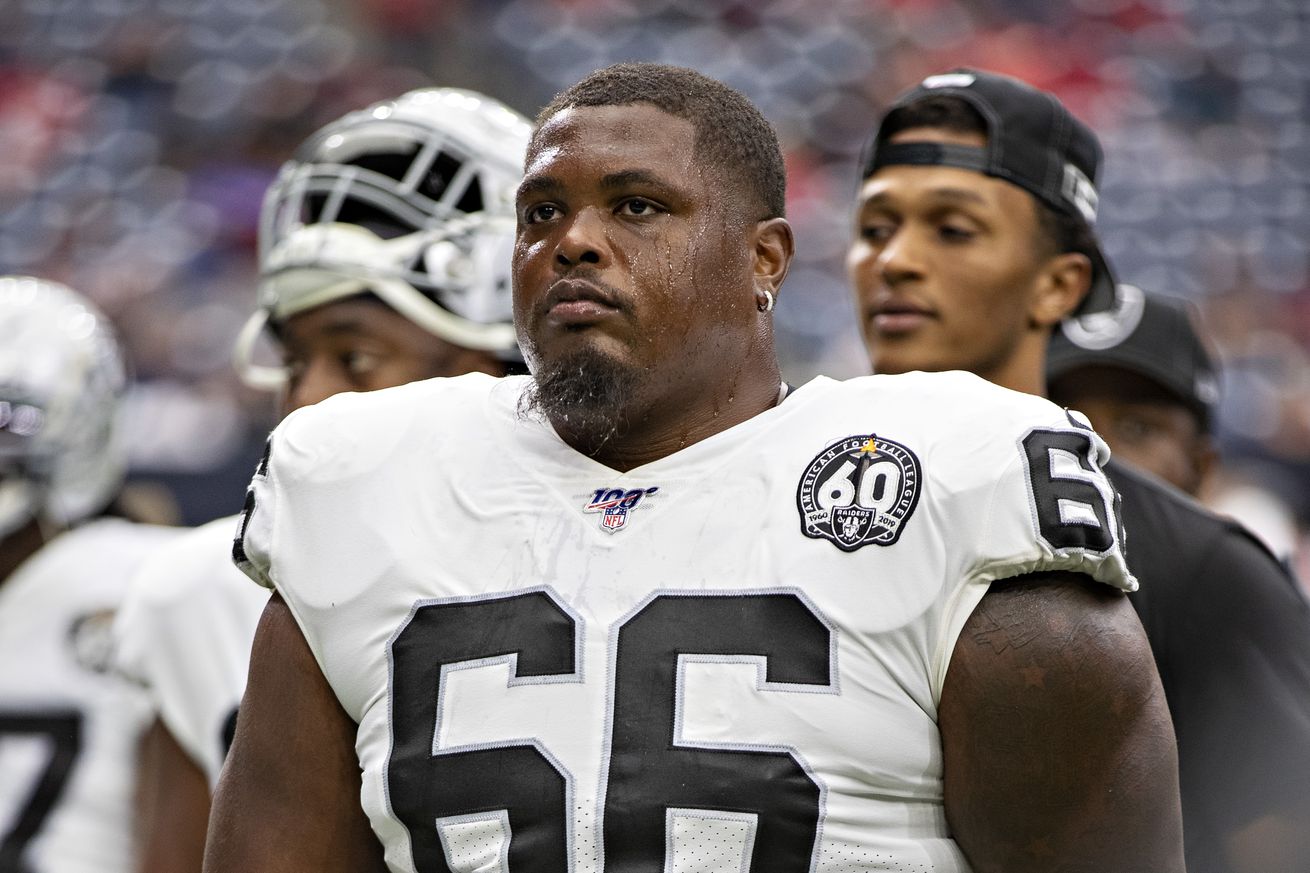 Why the drastic timelines?

Jackson’s $9.6 million salary for this season reportedly becomes guaranteed on Monday, June 1. There is no dead salary-cap money involved if Jackson is cut. He signed a five-year, $55 million contract extension in 2017.

The fact that we are so close to the guaranteed payment date and Jackson remains a Raider indicates that he will remain with the team this season. Plus, after the draft, on April 25, Las Vegas general manager Mike Mayock said Jackson is the team’s starting guard. Also, if the Raiders are going to cut Jackson, they very likely have made that decision. Jackson, taken in the third round in 2014, has been a good Raider. If he was getting released, he’d probably know by now.

But there have been signs this offseason that makes one wonder if the Raiders want to move on from Jackson. He was reportedly being shopped in trade talks.

The Raiders re-signed veteran guard Denzelle Good and Jordan Devey and added veteran Eric Kush in free agency. Then, they traded up in the fourth round to draft guard John Simpson of Clemson. With Richie Incognito entrenched at left guard, this is influx of players at the position.

Jackson, who turns 29 in July, missed five games due to injury and didn’t have a great year in 2019. But if he remains on the roster Monday, expect him to be the Raiders’ starting right guard in 2020.