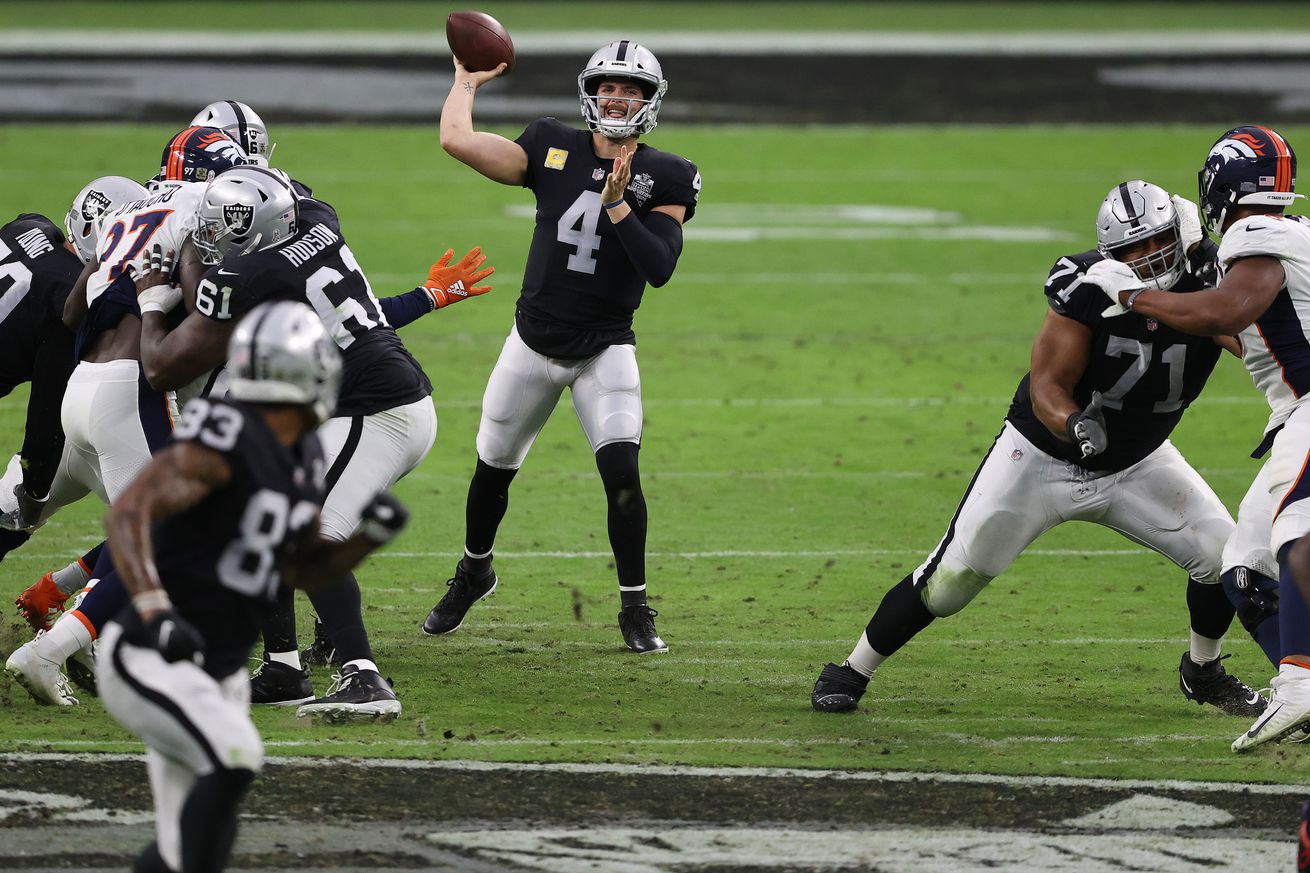 The Las Vegas Raiders had a big win on Sunday, taking down division rival Denver Broncos 37-12 at Allegiant Stadium.

While there were a lot of high moments for the Raiders, here’s our instant review of the Week 10 game.

What an end of first half:
Late in the first half, Broncos quarterback Drew Lock ran in for a touchdown to give Denver the lead but it was called back on a penalty. On the next play, Lock threw an interception to Raiders’ safety Jeff Heath. It was Heath’s second pick of the first half and the Raiders went into halftime leading 10-6. Huge.

Big second half:
The Raiders put away the game on both sides of the ball in the second half. Josh Jacobs scored his second touchdowns of the game and defensively, the Raiders forced Lock into throwing his third and fourth interceptions. The Raiders also recovered a fumble in the fourth quarter. It was a complete team win.

Tempers flare:
Raiders cornerback Isaiah Johnson and Broncos receiver Tim Patrick were both ejected from the game for throwing punches in a fight that involved safety Johnathan Abram.

Great start:
After holding the Broncos to a three-and-out on the first drive of the game, the Raiders went down the field, scoring on an 11-yard Josh Jacobs run. It was fueled by a 25-yard catch-and-run on third down by Hunter Renfrow. Weapons … the Raiders have plenty.

Linebacker look:
Nicholas Morrow (who had a big game) and Raekwon McMillan played with Nick Kwiatkoski in the Raiders’ 4-3 base defense with Cory Littleton on the reserve/COVID-19 list.

Bummer:
Hunter Renfrow had a beautiful 60-yard punt return for a touchdown in the second quarter, but Abram was called for a blindside block to negate the play.

Missed big play:
Raiders’ rookie receiver Henry Ruggs III left a big play slip away when the ball went through his hands in the first quarter.

Key making plays:
Backup defensive end Arden Key made a few solid plays in the first half. Yes, that is noteworthy.

Jeudy shows up:
Ruggs’ Alabama teammate, Jerry Jeudy, who was taken three picks after the Raiders took Ruggs, had a 26-yard catch from Drew Lock on third down and 15 in the second quarter. It set up a field goal to cut the Raiders’ lead to 7-6.