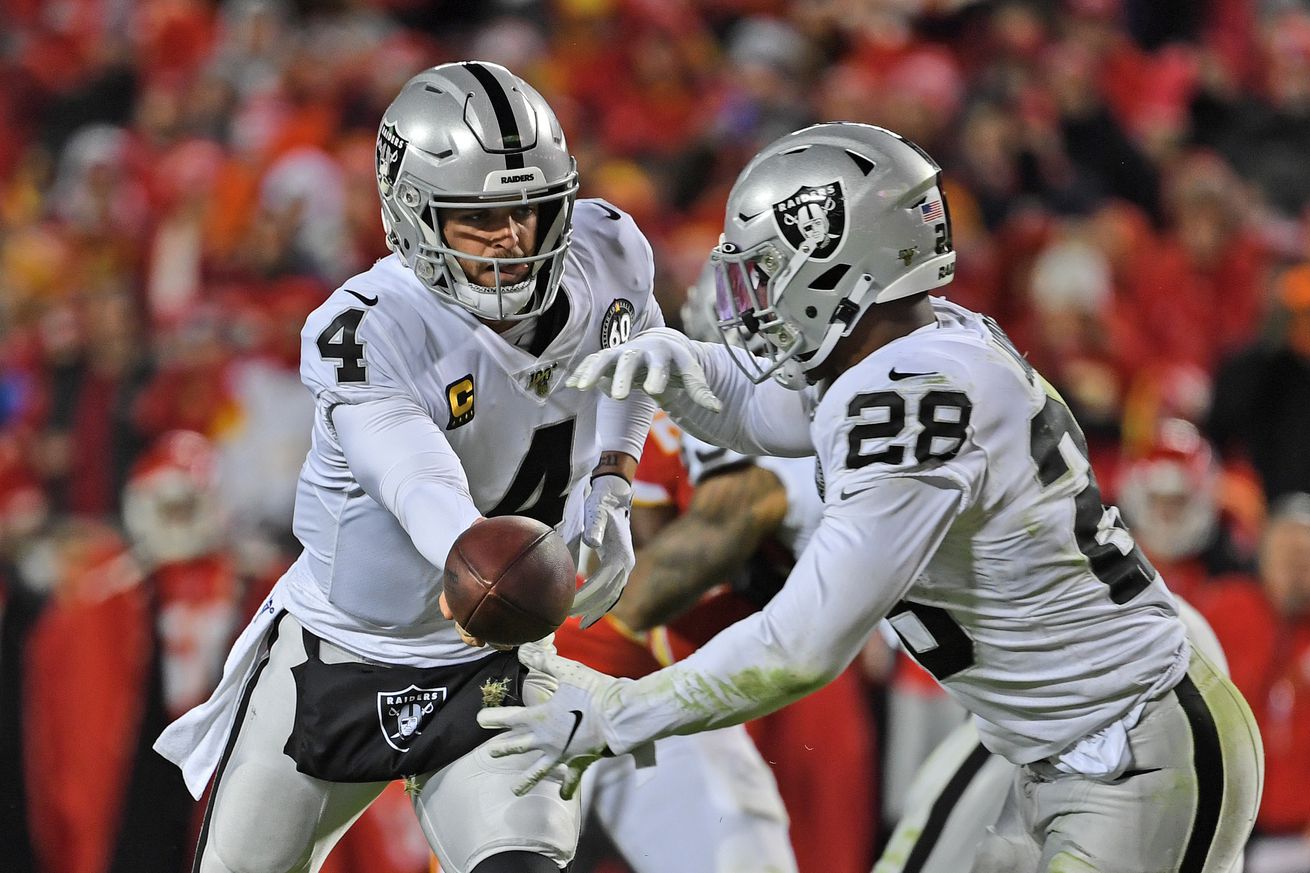 Who will you have in your lineup?

The Raiders have plenty of players who are fantasy relevant this season, especially early on in week 1. Who should you start and who should you bench? We’re here to try and help you out with the tough decisions.

You likely drafted Josh Jacobs in the first round of your draft, if not it was early second round. You are 100 percent starting him, this is a no-brainer. Jacobs is going to have an amazing fantasy football season, and he’s going to kick things off with a bang against the Panthers. Here’s what ESPN’s Matthew Berry had to say about Jacobs:

Jacobs opens with a fantastic RB matchup against Carolina. Last year, the Panthers gave up the most fantasy points to opposing running backs and were league-worst in both yards per carry against AND yards after contract. They also gave up 31 rushing touchdowns — also worst in the NFL. Oh, and all that was WITH Luke Kuechly still in uniform. Viva Las Vegas.

This is another no-brainer. You drafted Waller to be your tight end for the season, and you’re going to start him. The Panthers had an awful defense last season and it’s likely going to be brutal again this year. Waller will probably be Derek Carr’s go-to target today, so expect a lot of volume for the tight end.

This depends on your league. If you’re in a 1-QB league, there’s a high chance that Carr is just sitting there on your waivers. If you are in a 2-QB league or a league with more teams, there is a chance you might need to play Carr. If you have to, I think it’s a good play. I mentioned Carolina’s awful defense, so there’s a good chance Carr could finish this game with 300+ yards and 3 touchdowns. However, it could be risky, as there’s a chance Jacobs could score a few touchdowns, really limiting Carr’s upside. There are far worse options than Carr, and I wouldn’t be shocked if he finishes as a top-10 QB on the week.

Again, this depends on your league. If you are in a super deep league with a lot of FLEX spots, there’s a chance you’ll be starting one of these guys. However, if it’s a basic league, you likely won’t need to as all these guys were late round picks. I wouldn’t start any of them, as we don’t know what kind of target share to expect from them yet. My guess would be that it’ll take a few weeks until we’re fully confident in starting any of these guys. With that being said, if you’re in a pickle and have to go with one, my pick would be Bryan Edwards. The hype surrounding him in camp is real, and I think he will receive the most targets out of these three players. If you want to take a chance with upside and a possible 20+ day, go with Ruggs. However, if you want a safe play, I recommend Edwards or Renfrow.

Which Raiders players are you going to start in your fantasy football lineup? Comment below!