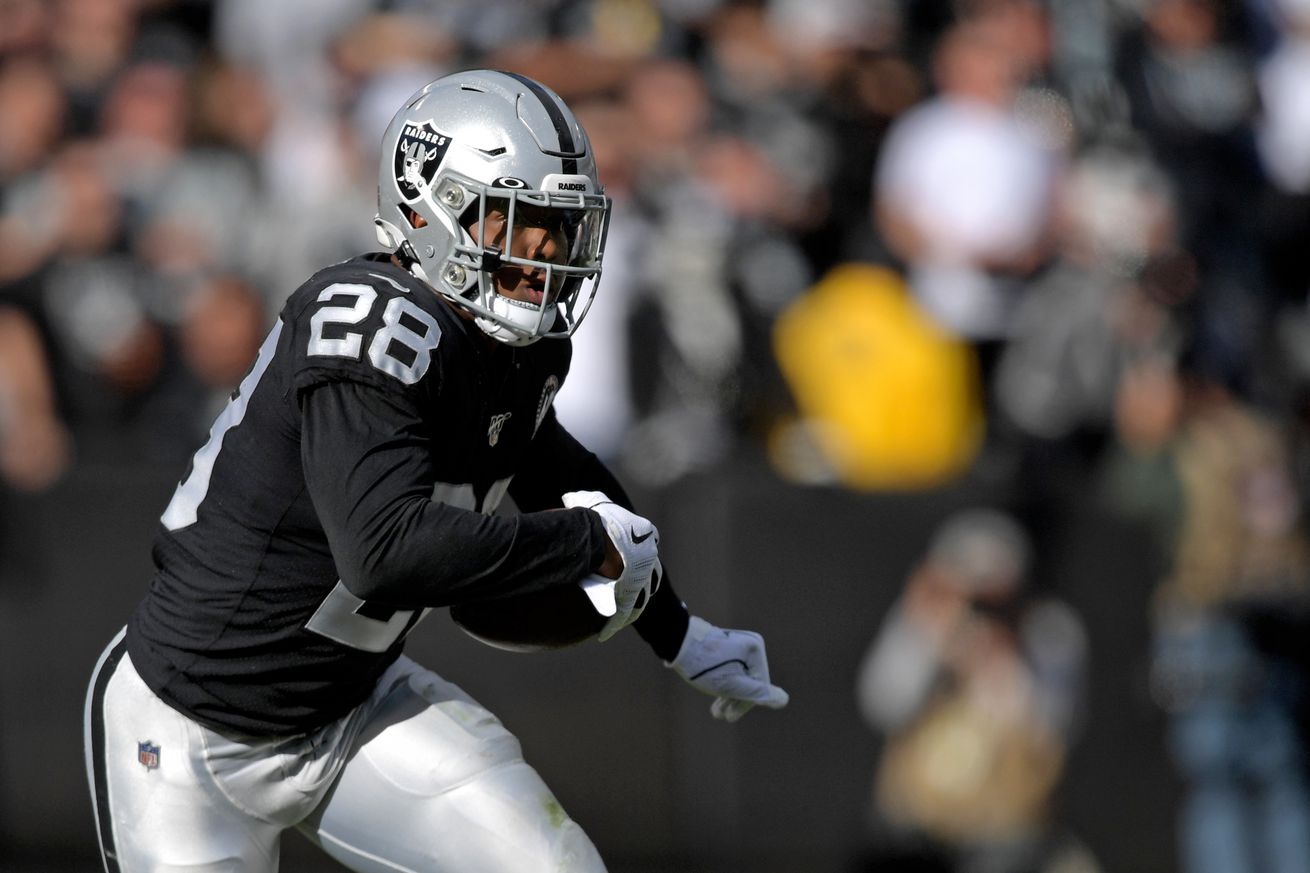 It’s that time of the week again! Fantasy football time. Like I do every Saturday, I try my best in giving you the best tips and advice when it comes to starting or sitting Raiders players on your team.

Hopefully all of your fantasy teams are doing great so far. I’m 2-2 this week and am in desperate need of a win. Last week I mentioned that I was on the verge of acquiring Josh Jacobs. Sadly, I didn’t. Instead, I acquired Christian McCaffrey. All it cost was Patrick Mahomes, so hopefully it was worth it!

Alright, let’s get to the starts and sits.

I think Josh Jacobs might have a field day against the Chiefs. Well, depending on the game script. The Raiders are likely going to be playing from behind most of the game, meaning they’ll be throwing the ball quite a bit. Hopefully they can give Jacobs plenty of touches, because Kansas City has been one of the worst teams against the run this season.

I’m still expecting a big day from him, and I’ll tell you what…. I guarantee a touchdown!

Just like Jacobs, Waller is an absolute must start. The Chiefs are about middle of the pack when it comes to fantasy points allowed to the tight ends. They could be the best, and it wouldn’t matter. Waller is the No. 1 target in this offense, and like I mentioned earlier, the Raiders are likely going to be playing catch up as early as the fourth quarter. This can result in a lot of targets.

There’s a good chance Carr can have a great fantasy day. He’s going to be slinging it all game, but that could also be a bad thing. Since he’ll likely be throwing it a lot, that could lead to an interception or two. Plus, if Jacobs falls into the end zone once or twice, Carr could potentially finish the game in single digits.

As I said, there’s a good chance he could have a great day, but I’m not gambling it. If you’re in a two-QB league or the waivers are thin, you can start him and hope for an Arrowhead miracle.

This depends on how deep your league is. If it’s 12+, you can FLEX Renfrow as he can be a good target this week. With the Raiders’ WR’s still banged up, Renfrow has a chance of having a really good day. Though, I’d only feel comfortable playing him as my FLEX. If you are really hurt at the position and have nobody else to start as your WR2, Renfrow is fine. But, I hope you have some better options out there.

The rookie WR is likely back this weekend, but he can keep your bench warm. We haven’t seen Ruggs in a few weeks, and the last time we saw him on the field he didn’t look too impressive. This is a tough matchup for him at Kansas City, and it’s not worth the risk. However, he is one of those players who you can start in a deep league or if your team is riddled with injuries. He has that big-play ability and has the chance to win you your week with a long touchdown. Play him at your own risk.