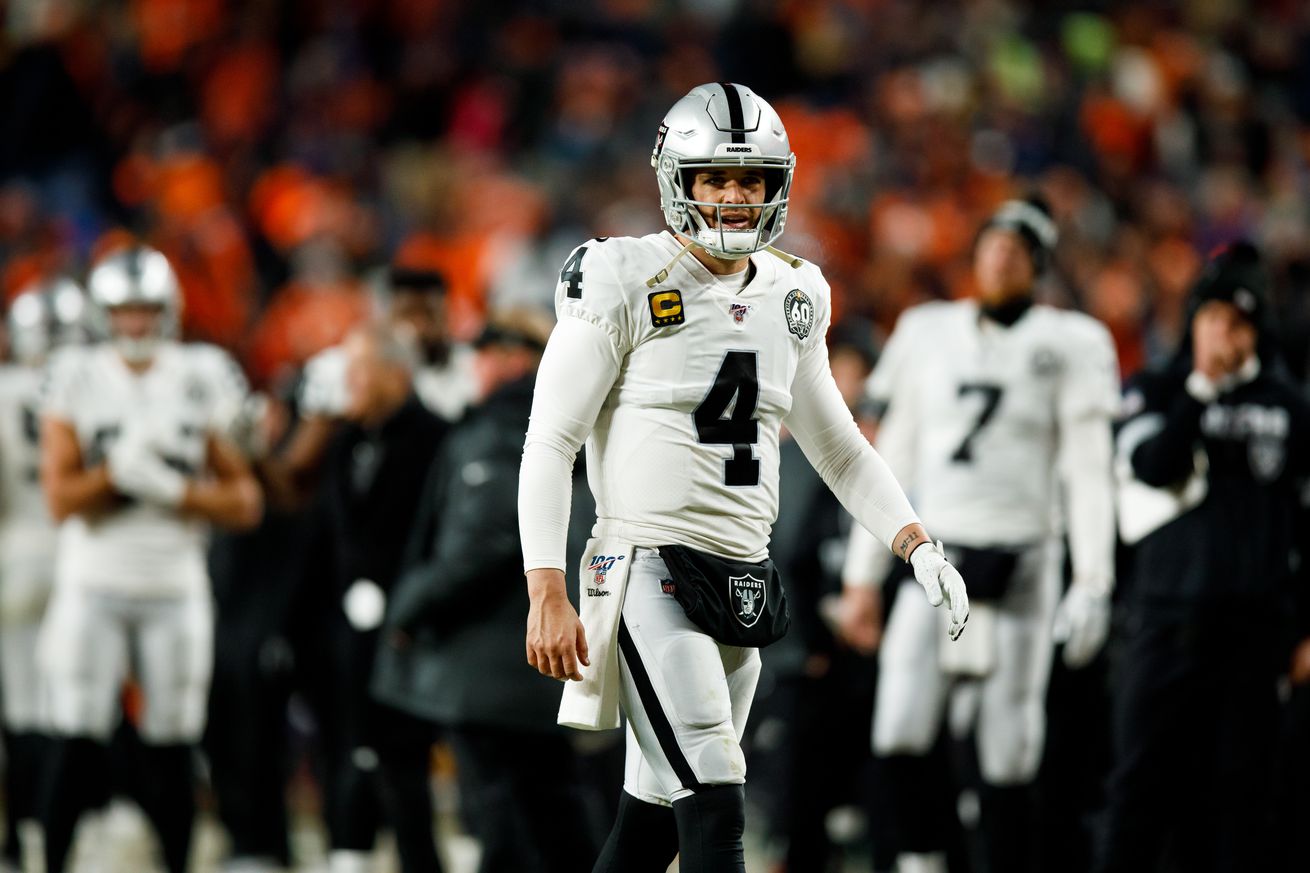 Will that continue in a new home, with little-to-no crowds?

Two seasons ago Derek Carr was significantly more successful in Oakland than he was anywhere else. The Oakland Raiders QB threw 13 touchdowns and three interceptions in seven home games that year, getting sacked five times and fumbling three times. The Raiders were 4-3 in those contests. On the road, Carr had nine touchdowns, 10 picks, took 15 sacks, and fumbled five times in eight games.

The next season, Carr threw more touchdowns at home (12 to 7) but he threw five interceptions in either case, fumbles six times whether he was home or away, and his yards per attempt was separated by .04. For the most part, Carr was fairly steady regardless of location, though to his credit his “home game” in Wembley brought his efficiency down a bit. Oakland went 3-5 at home.

Cut to last season, his second under Jon Gruden, and Carr’s consistency from home to away was even more remarkable. He attempted 257 passes compared to 256 on the road. His completion percentage was separated by less than two points. His passer rating was separated by .2. His yards per attempt, by .13. In nearly every respect, after eight home games and eight away games, Carr was basically the same. The Raiders went 5-3 at home with Carr posting a passer rating of 100.9.

They went 2-6 on the road even with Carr posting a passer rating of 100.7. Oakland’s -90 point differential on the road was the worst in the NFL last season by 12 points and they allowed the third-most points in those games. At home they were -16 and the defense was perfectly average.

In two seasons under Gruden, Carr has seen his completion percentage rise from 61.3% in the first four years to 69.6% since 2018. His yards per attempt went from 6.5 in those years to 7.6 with Gruden. Passer rating was 87.5 and in the last two seasons it’s 97.2. He had an average of 27 touchdowns and 11 interceptions from 2014-2017 and his average is 20 and nine with Gruden. Everything’s been seemingly better but the touchdowns have yet to arrive as the payoff for quality efficiency.

But so long as Carr’s play remains improved and consistent regardless of location, and the defense improves, consistently winning should also follow.