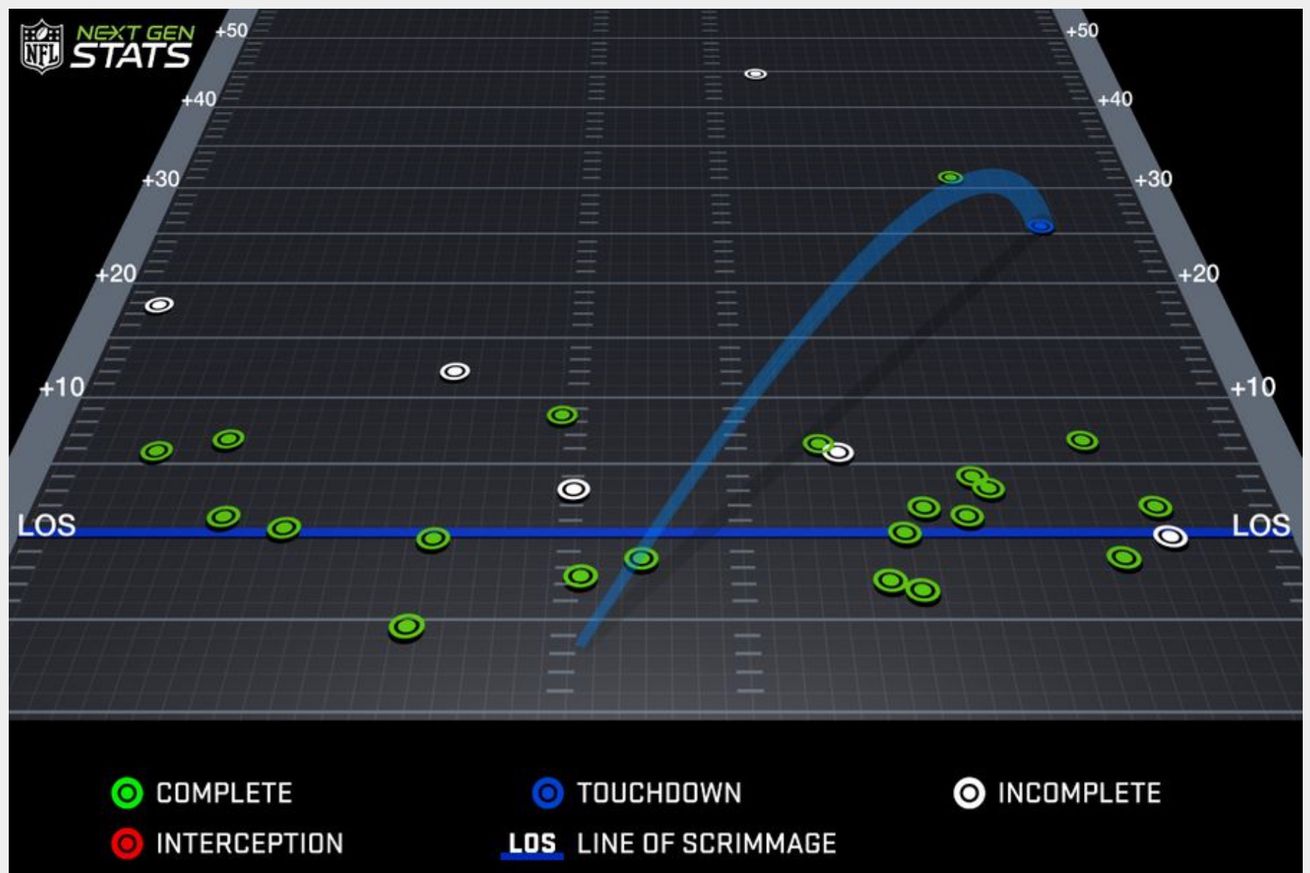 Carr’s first 15 plays were extravagant, then the offensive gameplan changed

The Las Vegas Raiders are 1-0 and while it doesn’t matter how they got it done at this point, what matters is whether or not their offensive gameplan is repeatable, or even at this point, sustainable.

Quarterback Derek Carr had an overall solid performance. There were moments of high, and moments of low. It wasn’t a memorable performance for good nor for bad reasons, and that’s okay.

Combing through the excruciating amounts of data that are available nowadays from a single football game, something came to light of interest. Something pointed out from a former co-worker of mine.

It’s important to note a few things here. One thing, and probably the most important, is that typically NFL offenses will script their offensive play calls well ahead of the game. Typically, those are 15 play scripts that are dictated from film of the opponent and knowledge(s) of the offensive play from all components (players, coaches, etc.) among other factors.

The other factor here is Henry Ruggs’ departure with injury in the first half.

In fact, on all his targeted passes, Ruggs saw an average of 19.5 yards in the air, the fourth-highest among all league’s receivers with at least five targeted passes. Going even further, 61.73% of the air yards that Carr threw were on targets to Ruggs.

It’s again important to note here that all air yards aren’t made the same, and air yards as a general look at the advanced box score is just a step in the general understanding of the wealth of data available. Oh, and air yards are simply the distance the ball traveled in the air from the quarterback’s hand to the targeted destination. That stems from the distance behind the line of scrimmage as well, so you could very easily have a 15-air-yard pass that was just targeted five yards downfield if the quarterback had to scramble backwards 10 yards.

Ruggs’ 61.73% of the Raiders’ targeted air yards was the most in the league for Week 1 with only D.K. Metcalf from the Seattle Seahawks eclipsing the 60% mark with him.

Here is Carr’s throw chart from the advanced passing chart thanks to NextGen Stats.

And here’s the breakdown of target share for the Raiders receivers:

So in total, Carr threw four deep passes, three of which came to Ruggs. It’s very likely that one or two of them were scripted to get one of the speediest players in football the ability to track the football downfield and his injury in the first half limited those play calls for the rest of the game.

Carr was much more fun to watch, and sure he was ‘better’ in the box score when he decided to air it out but he also took great care of the ball after those first 15 plays as well and only really struggled with the Panthers were able to get pressure. Good thing they only got pressure on three dropbacks.

While one game in professional football could be considered an anomaly, we unfortunately won’t know if this type of offensive game plan is sustainable but quarterback play like Carr’s down the stretch is certainly a key indicator towards victories in the National Football League.

Even if it may be boring to watch.

Find this information useful or insightful? Drop a line in the comments and let me know and I’d happily be back each week to take a look at the varying factors from Carr (or any other Raiders QB) and the passing performance through the advanced analytics of the game each week.