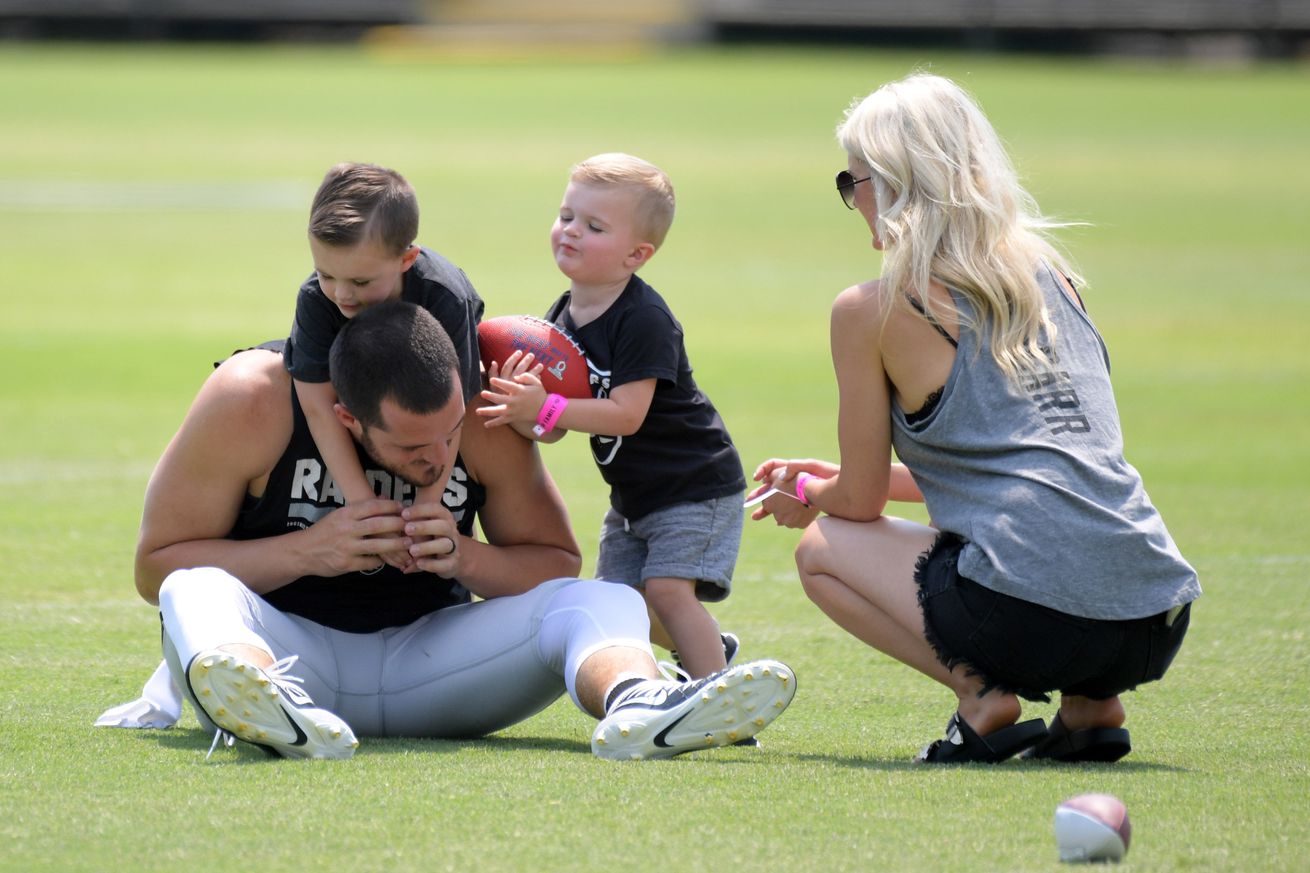 Raiders’ quarterback and his wife already have three sons

Derek Carr has checked the last box of a busy offseason. All of his roster needs have been filled.

Carr, the Raiders’ quarterback who is entering his seventh season as their starter, announced on his Twitter account Thursday that he and his wife, Heather, are having a baby girl.

He tweeted a sporty gender reveal as he smoked a golf club that was filled with pink powder.

That is an unfamiliar sight for the Carrs as they are the parents to three boys. The 29-year-old Carr, one of three boys himself, has seen the Raiders improve the offense around him this offseason and now his family has filled a need at home as well.

The fact that Carr is having a daughter has further special meaning. The only text on his announcement tweet was “#GirlDad.” Carr’s childhood idol was Kobe Bryant, who was a father of four girls. “GirlDad” became a popular mantra after Bryant died with his daughter, Gianna, along with eight other people, in a helicopter accident in January.

Thank you for everything!!! This one hurts.

Carr is clearly thrilled about his new addition.

Congratulations, Carr family, from all of us at Silver and Black Pride.