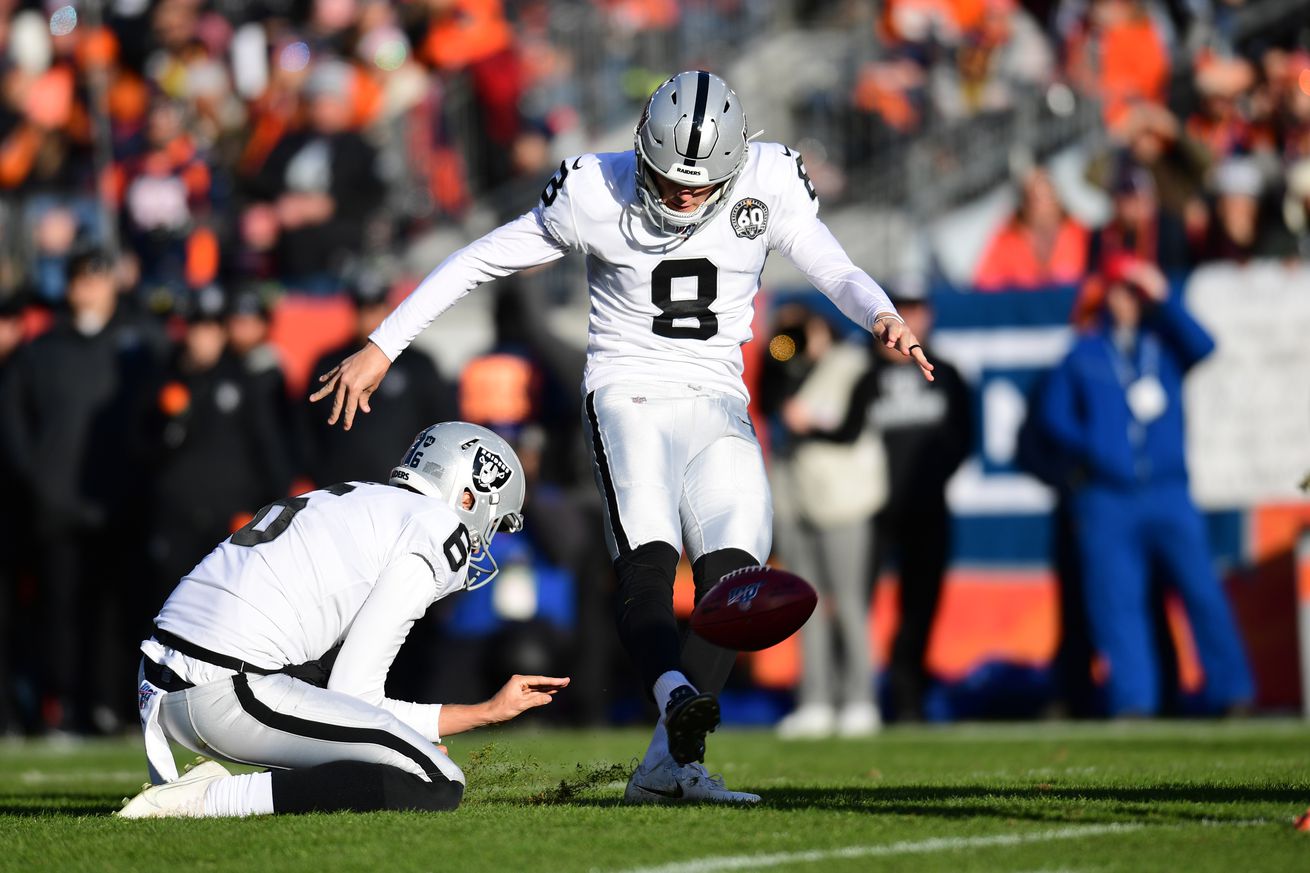 Raiders’ kicker has a great start to a critical season

The NFL can be a funny league.

Las Vegas Raiders kicker Daniel Carlson was on the hot seat after struggling in 2019 and the Raiders protected practice squad kicker Dominik Eberle from being signed elsewhere last week just in case.

As it turned out, it was a lousy Week 1 for kickers around the league and a few teams made changes at the position.

Yet Carlson flourished as he hit two field goals (including a 54-yarder) and he converted all four of his extra points in the 34-30 Las Vegas win in Carolina on Sunday. For his efforts, Carlson was honored as the AFC special teams player of the week. It is his second such honor.

It has to be satisfying for both Carlson and the Raiders. There were a lot of questions about him after he missed seven field-goal attempts in 2019. This was a great confidence booster to start the 2020 season.

Meanwhile, Raiders’ running back Josh Jacobs was named the Snickers “Hungriest Player of the Week” for his three-touchdown performance in Carolina.