The Monday morning before the NFL draft is always a wild one. This is typically the day we get a ton of news dumped on us, mostly about draft prospects. But it sometimes will include players that could be moved soon.

Today, we learned that All-Pro receiver Julio Jones could be traded in the next couple of months, depending on what the Falcons do with pick No. 4. If they were to add a player like Kyle Pitts or JaMarr Chase, they might need to move on from Jones for cap purposes.

In a recent article by Peter King of NBC Sports, he mentioned that Jones could be traded in the next few weeks. Albert Breer of SI also agrees with this idea as he discussed it in his most recent column. King believes that if the Falcons do move Jones, the Raiders could be a potential landing spot:

“So if such a trade happens, I expect it could involve a future pick or picks, nothing this year. (A future second-round pick as compensation seems fair to me.) Because such a trade wouldn’t be official till June, no picks in this draft could be involved. As for the interested team or teams, I would guess Las Vegas; Jon Gruden couldn’t resist Antonio Brown, and I doubt he could resist Julio Jones.”

Adding a likely Hall of Fame receiver to this offense would have to be intriguing to Gruden. While Jones is 32-years old, age has never worried Gruden as he has been able to get elite receiving seasons out of players like Jerry Rice and Tim Brown, who played well into the late 30s (and 40s for Rice).

When Jones is healthy, he is still among the best receivers in the NFL. Despite playing only 468 snaps last season, he totaled 771 yards and three touchdowns. But from 2014-2019, he averaged over 1,500 yards per season as no player in NFL history has averaged more receiving yards per game than Jones.

The cap part of this would be tricky for the Raiders as the team has just over $5 million in cap space. They would likely need to restructure the contracts of Derek Carr and Darren Waller, but there are ways to make it work.

This move would become far more likely if the team can fix their offensive line and defense during the 2021 draft. Still, it feels a bit farfetched, considering the Raiders aren’t quite in a championship window and given their cap situation.

However, nothing can be ruled out for Gruden as he has shown the desire to get a No. 1 receiver. We will continue to monitor this situation as the pick at No. 4 will likely determine Jones’ future in Atlanta. 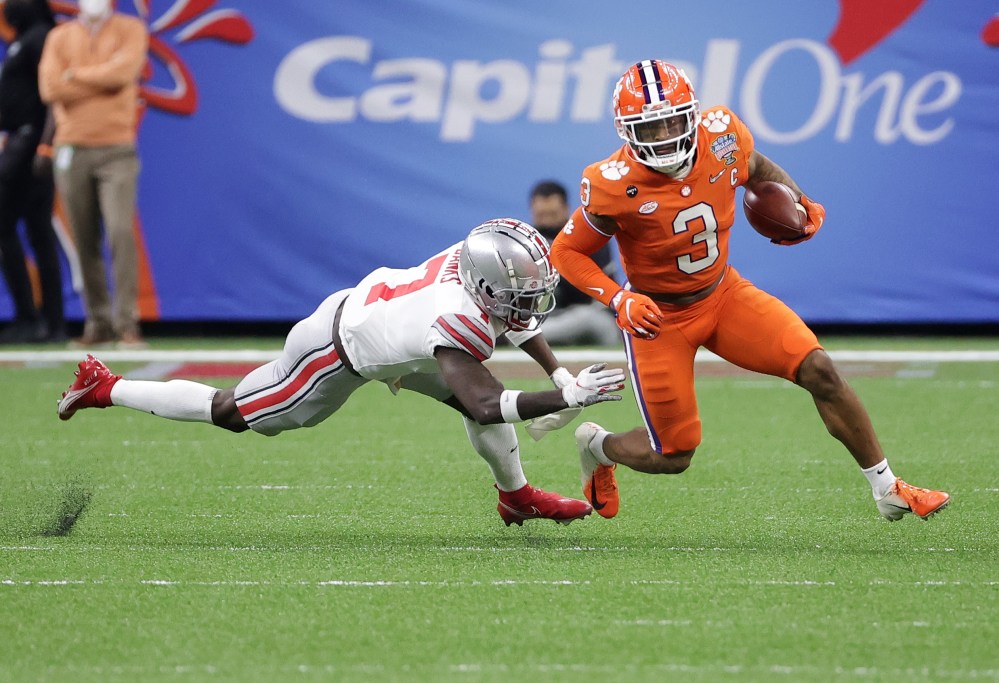