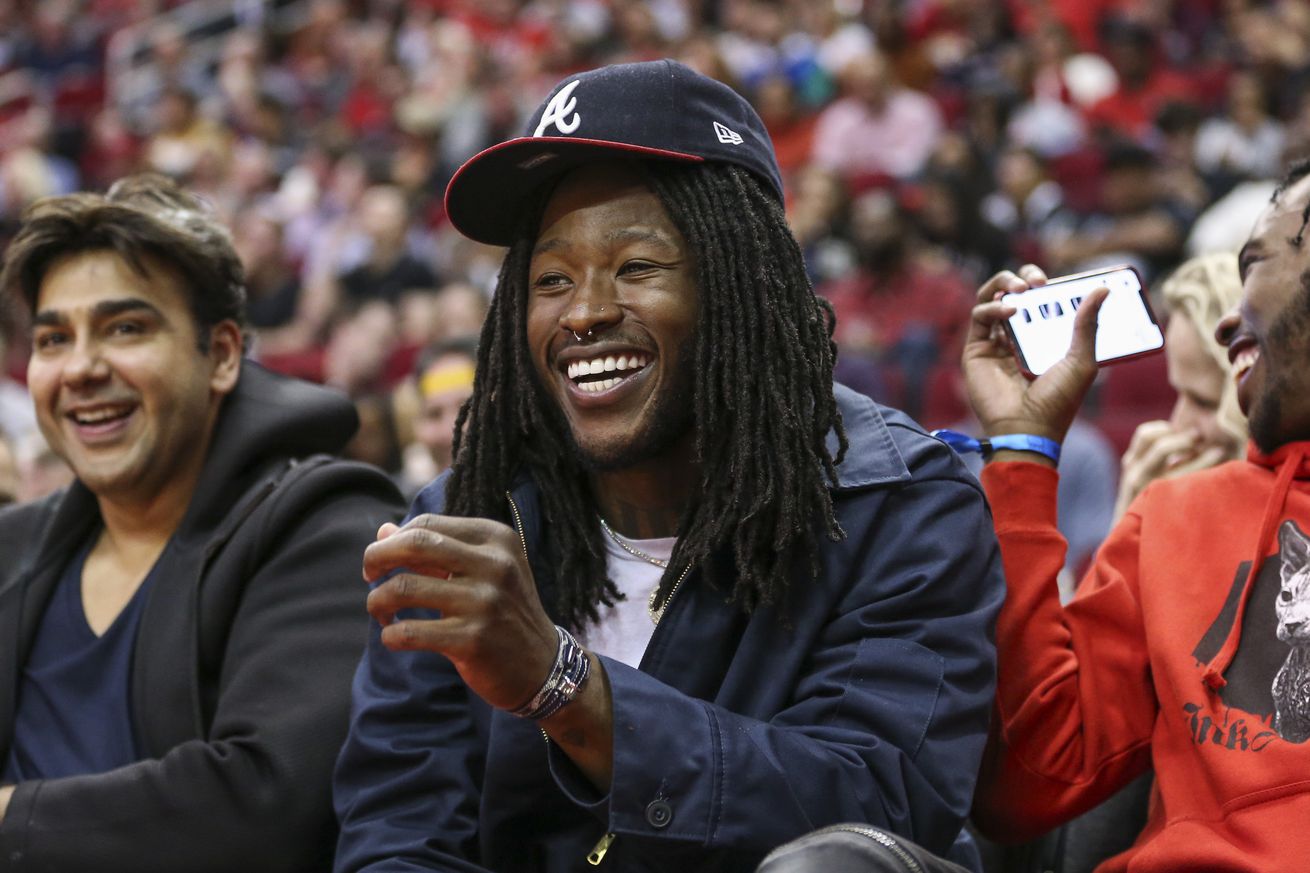 The Raiders have never played a game in Las Vegas and Alvin Kamara has never played against the Raiders at all … and perhaps never the twain shall meet. Kamara missed two Saints practices last week with what was called a stomach virus, but on Monday reports coming out of New Orleans say that related to an illness or not, the team’s star running back wants a new deal before the season.

The Saints come to Vegas in Week 2 to face the Raiders, who will be making their Allegiant Stadium debut on Monday, Sept. 21. Will Alvin Kamara be there?

Saints’ RB Alvin Kamara has had an unexcused absence from training camp the past three days and it is believe to be contract related, per sources.

While some have argued that running backs like Kamara and Dalvin Cook (reportedly unhappy with his contract situation in Minnesota as he also approaches the final year of his rookie deal) are overestimating their value at a position that is considered mostly fungible, nothing prevents Kamara from testing out whether or not the Saints believe that to be true. Entering the final year of his rookie contract after being a third round pick in 2017, Kamara is set to make $2.13 million in base pay this season and he will be making the same as veteran backup tight end Josh Hill.

Kamara may take issue with this because he has averaged 172 rushing attempts and 101 targets per season since entering the NFL three years ago. He has turned that into an average of 1,492 yards from scrimmage and 12 touchdowns per year. But if the belief is that backups Latavius Murray, Ty Montgomery and undrafted free agent rookie Tony Jones Jr can do the same and Kamara is expendable, then New Orleans has nothing to worry about.

In which case, the Raiders will be hosting a Saints team without an offensive skill player who many expected to lead them in total yards and touchdowns, as he did in 2017 and 2018 even when they had Michael Thomas.

New Orleans recently got back star guard Andrus Peat, who is dealing with a broken thumb, but they are apparently also without pass rusher Marcus Davenport for undisclosed reasons.

The Raiders host the Saints in three weeks. It was three weeks ago Monday that Kamara said he was not concerned about his contract. Who knows what will be the case in late September.