During the 2018 College Football Playoffs, Justyn Ross put on an absolute show. In two games against Notre Dame and Alabama, Ross totaled 301 yards on 12 receptions and scored three touchdowns.

But since then, he just hasn’t been able to repeat that production. He missed the 2020 season due to a spinal surgery that threatened his football career. But he did return to the field in 2021, playing ten games for Clemson.

So where will Ross fall in the 2022 NFL Draft after multiple injuries and very poor Pro Day (4.63 40-yard dash)? And could the Raiders be interested sometime on Day 3? Here is what Dane Brugler from The Athletic had to say about Ross entering the draft:

“Overall, Ross’ NFL evaluation hinges on his medicals, but he is a long, limber athlete with maybe the largest catch radius of any receiver in the draft class. He is a risky prospect and tough projection because there is no guarantee he returns to pre-injury form.”

Brugler projects Ross to be a late Day 3 selection and that’s where the Raiders might feel comfortable taking him. Their wide receiver room is deep enough now that they could take a chance on him and allow him to get 100 percent healthy before thrusting him onto the field.

There is a chance that by the 2023 season, he is fully recovered from his back and foot injuries and he would be the perfect complement to Davante Adams and Darren Waller. Or have we already seen the best version of Ross? That’s what makes him such a big unknown.

Ross is one of the riskiest players in the draft, but he would be a lock top-10 pick if he were healthy. Will the Raiders gamble on Ross sometime on Day 3? Time will tell. 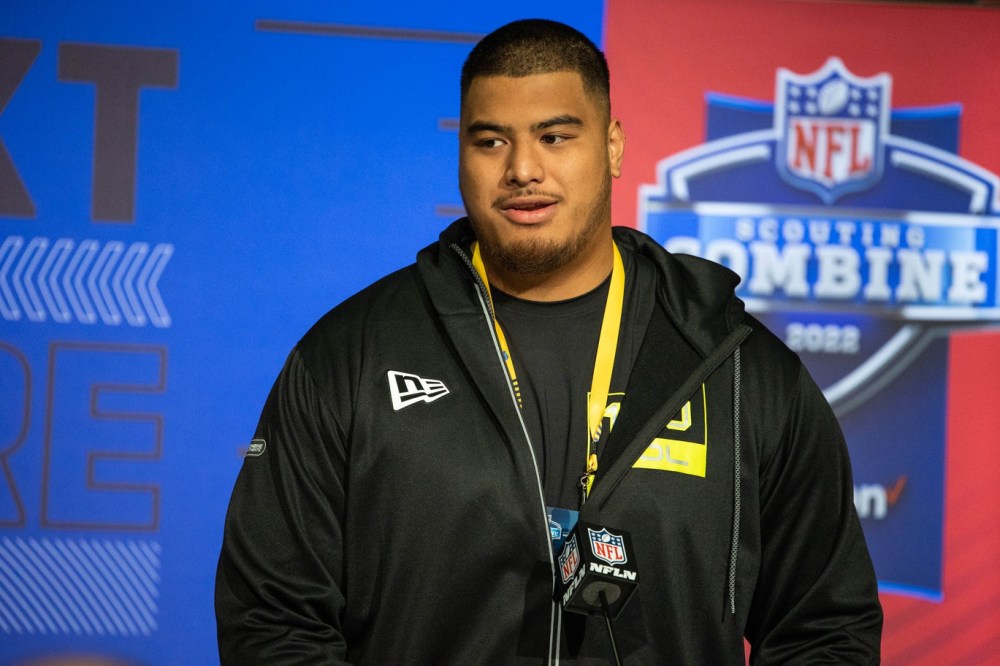