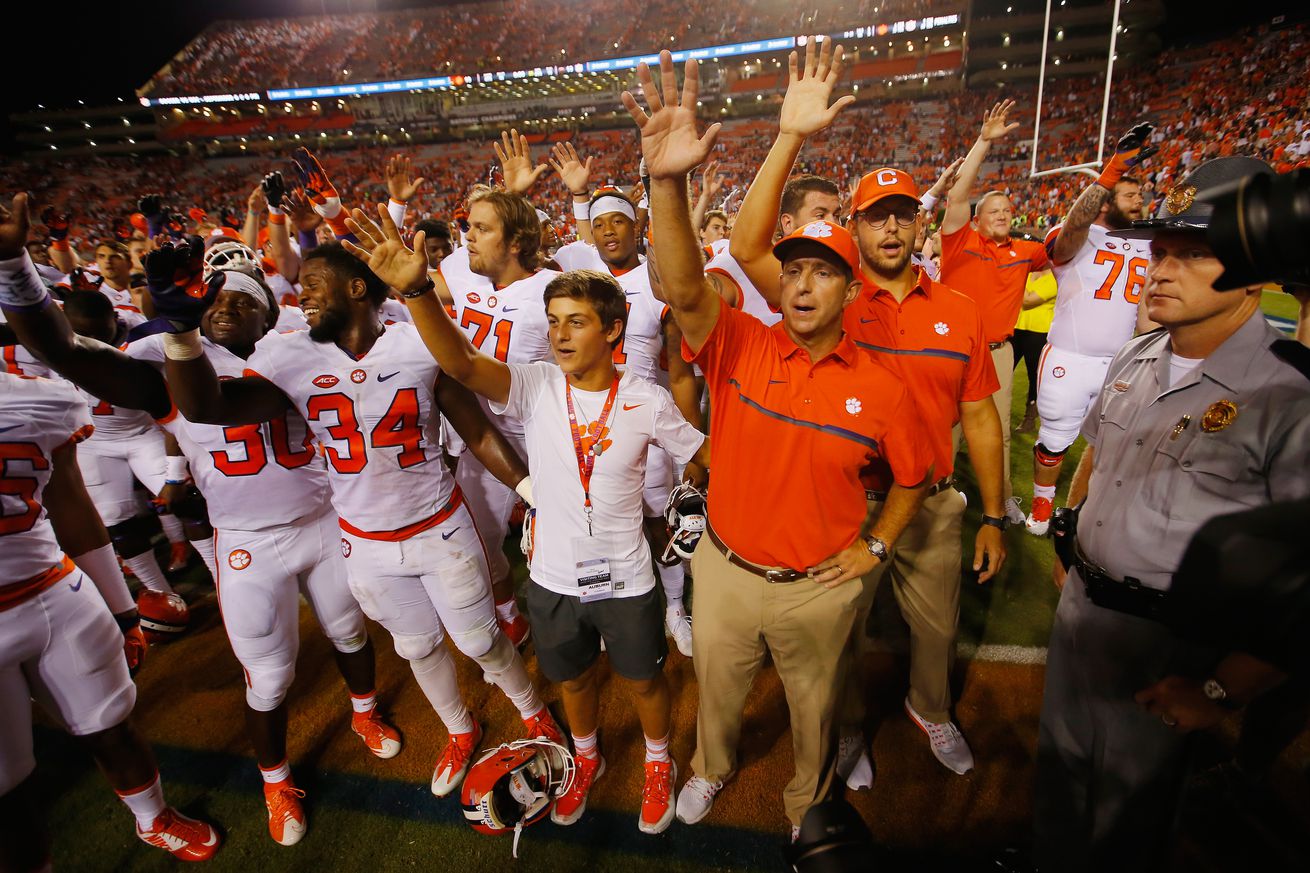 As Clemson’s top connection and liaison to the NFL, Woody McCorvey enjoys a good relationship with teams around the league. But there is no denying that McCorvey and the entire Clemson program is building a special bond with the Silver and Black.

“We’ve really enjoyed getting to know the Raiders and seeing so many of our young men go out to that organization,” McCorvey said in a phone interview on Tuesday. “We’re really happy the Raiders have given our players this opportunity.”

The Raiders are rapidly becoming Clemson West. In last month’s draft, they took linebacker/special teamer Tanner Muse in the third round and then the next morning, they traded up to take Tigers’ guard John Simpson.

Of course, last year — in general manager Mike Mayock’s first draft with the Raiders — they took defensive end Clelin Ferrell with the No. 4 overall pick, cornerback Trayvon Mullen in the second round and slot receiver Hunter Renfrow in the fifth round. That’s nearly 10 percent of an entire NFL roster coming from back-to-back college classes.

Coach Jon Gruden talked to Muse and Simpson about the “Clemson pipeline” when he drafted them and last year, the Raiders coaching staff gave a nod to the then-defending national champion program after drafting Ferrell, Mullen and Renfrow.

Made some of our draft picks feel right at home during Rookie Minicamp.

McCorvey, Clemson’s Athletic Director of Football Administration who is Tigers’ coach Dabo Swinney’s close confidante, is proud of the relationship the Raiders have built with the program.

McCorvey said he and Mayock have had a good rapport over the years dating back to when Mayock was with the NFL Network. Mayock would come to Clemson pro days and the two would catch up at the NFL combine. It was hoped that Gruden would be the keynote speaker at the school’s football camp in March, but that was canceled because of the coronavirus crisis.

McCorvey also pointed out that former Raiders’ player Zack Crockett, who is a scout, spends a lot of time around the program and is a trusted NFL figure. Also, special teams coach Rich Bisaccia has coached at Clemson and 2019 defensive line coach Brenston Buckner, played at Clemson.

Still, McCorvey said he and the program had no idea the Raiders would select Muse and Simpson last month. The draft is unpredictable but McCorvey wasn’t surprised by the picks.

He knows the Raiders want to bring mature players into the program as they move to Las Vegas. He believes all five of the recent Clemson players will have no problem adjusting to living in Sin City.

“The culture of our program has always been important,” McCorvey said. “All of these players know how to act in the locker room and away from it … They’ll all be fine.”