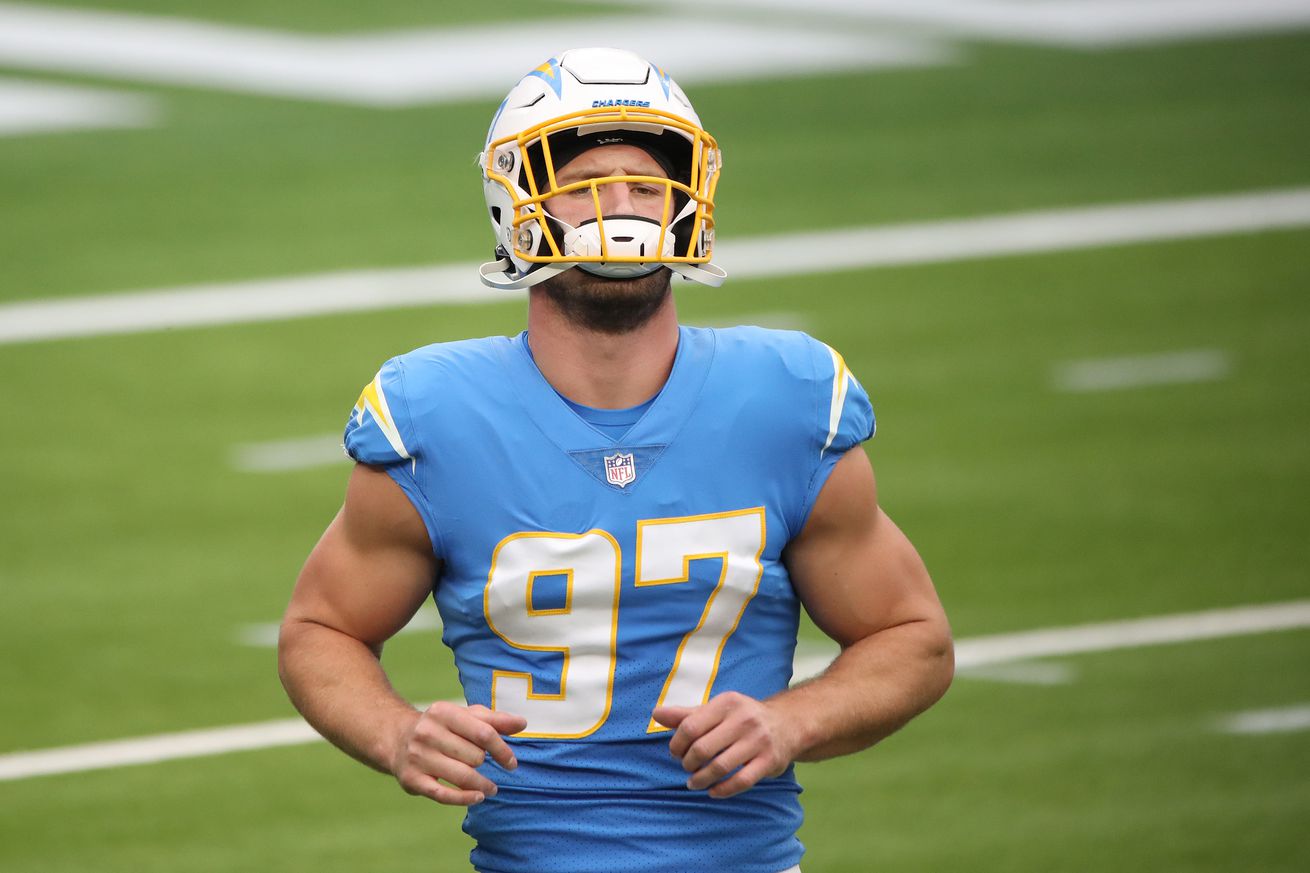 Will Joey Bosa play? Will the Chargers have the offensive line they want?

The LA Chargers wanted to rebuild their offensive line this offseason, so general manager Tom Telesco dealt left tackle Russell Okung to the Carolina Panthers for right guard Trai Turner. It was a rare move — trading one starting Pro Bowl offensive lineman for another — but the Chargers had other ideas in mind for the future of their offensive line. In addition to signing free agent right tackle Bryan Bulaga, they were also expecting the return of center Mike Pouncey.

Los Angeles has not had the return on investment that they were looking for with that unit but they are hoping it gets a lot better this Sunday against the Las Vegas Raiders.

Turner hasn’t played since making his Chargers debut in Week 2 but he is practicing this week and there are hints that he could return at right guard. Turner has been to the last five Pro Bowls, though his play was thought to be declining in the last couple of seasons. We haven’t really seen him play in this system other than LA’s near victory over the Kansas City Chiefs in Week 2.

The Chargers are currently starting Dan Feeney and Forrest Lamp at guard with Cole Toner at center. Bulaga returned last week after missing the previous four weeks with injury. Pouncey went back on injured reserve in September and is out for the year. Feeney and Lamp have not had many positive remarks about their play this season. At least, not outside of the building.

Their backup, Tyree St. Louis, may have had the worst performance of any offensive linemen this season during his one start in Week 1.

So Turner’s availability will be worth monitoring. Obviously that was already the case with Chargers pass rusher Joey Bosa, who is in the concussion protocol and whose status may not be known for a little while longer.