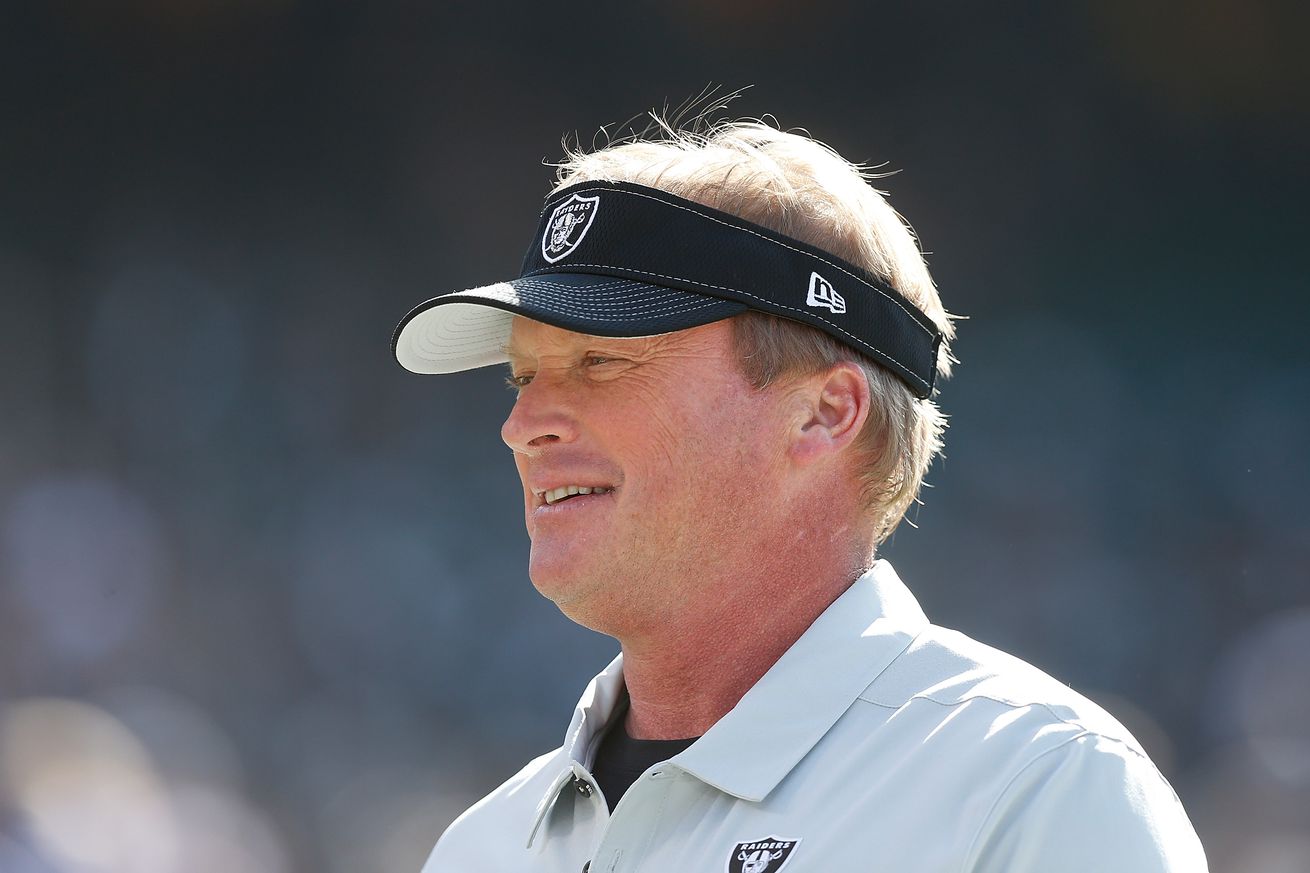 Today is the day, it’s NFL Opening Day and we’re just a few days away from the Las Vegas Raiders 2020 season opener. As you would have guessed it, the predictions from the NFL ‘pundits’ are flowing in.

It didn’t take long for the keyboard warriors across the country to take offense to their team’s predictions but one thing stuck out to me from the jump, and hence, that’s why I’m here.

(I’m Cam Mellor, by the way, if you couldn’t tell by the byline above. I joined on at SB Nation at the beginning of this year following a handful of years at PFF covering the NFL and college football. I’m primarily over at Bruins Nation, Conquest Chronicles, California Golden Blogs, Rule of Tree and Pacific Takes for college sports coverage, but with the Pac-12’s cancelation of sports until 2021, you can routinely find me here for one-off bits of news and analysis from my time formerly at PFF and two decades worth of experience covering football including the NFL. I’m excited to be here and excited to meet all of you at S&BP!)

Okay, back to the point at hand, the 2020 NFL Week 1 season predictions that came out today didn’t have too many jump-out points, in my opinion, but I did find it interesting that the headlines at CBS Sports were so split on the Carolina Panthers vs Las Vegas Raiders game.

The two consecutive headlines on CBS Sports this morning were A)

Not only did they pick three games to headline, they each decided to grab the Raiders-Panthers game as one of their talking points in the headline. That jumps out to me, as a former editor-in-chief, as they appear to think that the Raiders are big-time news this weekend. They knew that these would be searched titles and searched topics, so they threw the Raiders in their headlines.

The next thing that stood out is that they’re split but they both read as if this will be an ugly matchup, one way or another.

Jonathan Jones, the author of the ‘Raiders winning an ugly one’ had this to say:

Have a feeling this could be the ugliest game on the Week 1 calendar. More than half of Carolina’s roster has been flipped and the young Panthers could field one of the worst defenses in the NFL. Little about the Raiders impresses me.

While Will Brinson, owner of the ‘Panthers upset Raiders’ title, added this:

Lemme guess, you expect the “Panthers homer” and the “Raiders hater” to pick against Derek Carr and Jon Gruden on the East Coast. GOOD CALL! Of course I’m taking the Panthers. But it’s not because I don’t like the Raiders — I actually think they can put up some points against a bad Panthers defense and could come away with a win here. However, Las Vegas is awful on the road in early games since Gruden took over, going 1-5 straight up and against the spread over the last two years in these situations. Add in pandemic travel conditions in the first week of the season and I would expect they come out slow. The Panthers won’t stop them on defense (take the over here), but they will be able to score. This is a sneaky good game to stack for DFS purposes and I would bet it ends up being one of the better games of the week just in terms of pure entertainment. Related hot take: I think Teddy Bridgewater ends up finishing the season as a top-10 fantasy quarterback this year, strictly on volume, YAC and game flow. You heard it here first!

CBS Sports is split on this one happening for many reasons — but they’re talking about the Raiders. How long that lasts is likely up to the successes of Las Vegas this season, or lack thereof potentially.

We’ll absolutely have more on this matchup as we count down the days — but on this, the NFL Opening Day of the 2020 season — what are your predictions for this game?