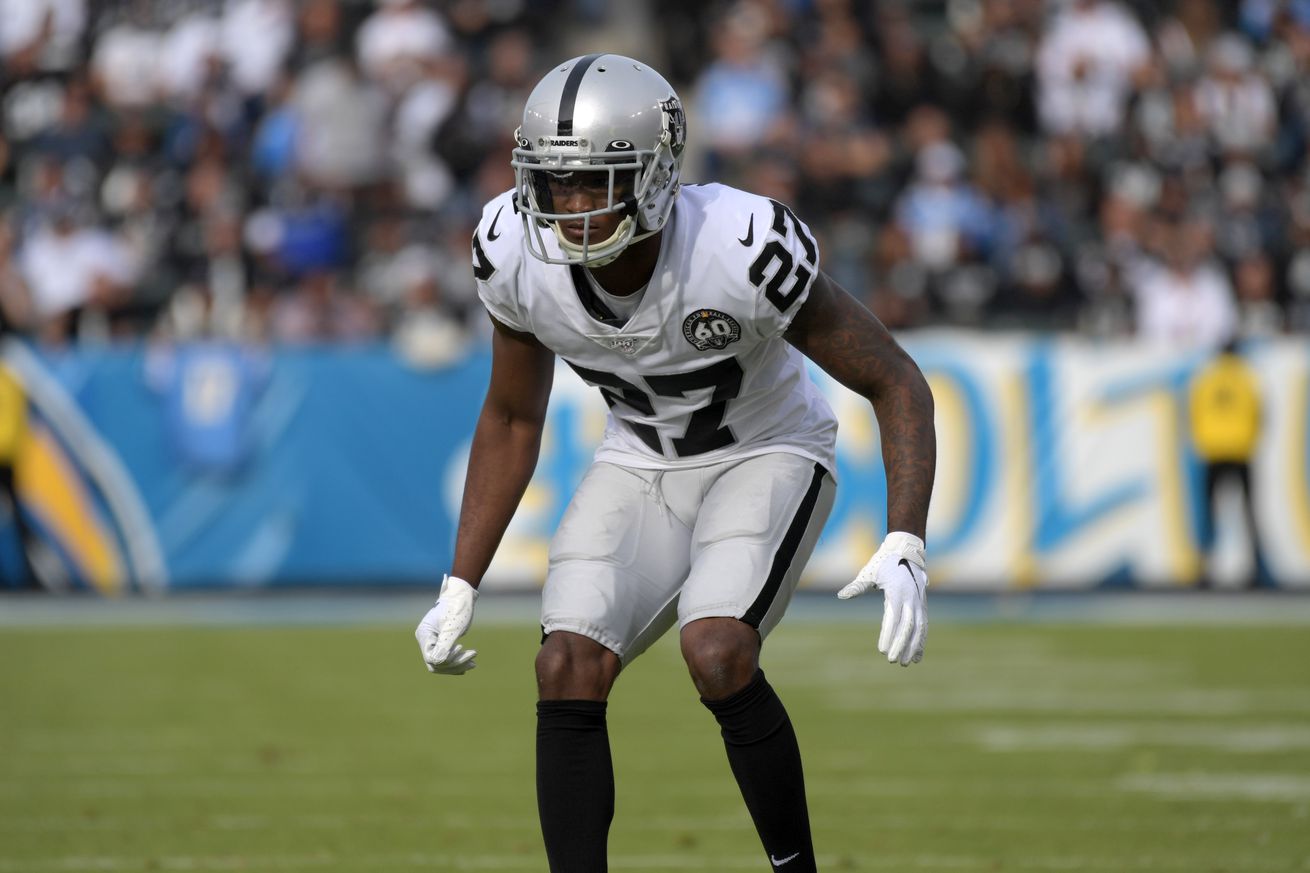 It’s a mostly young group made up of Damon Arnette and Amik Robertson, but Prince Amukamara would add a veteran edge

Upgrading at cornerback has been a clear focus of the Raiders this offseason.

They jumped on Eli Apple early in free agency, only to see that deal break down. They then spent a first-round pick on Ohio State’s Damon Arnette and a fourth-round pick on Louisiana Tech’s Amik Robertson. This week, the Raiders have appeared to put a bow on the group by agreeing to terms with veteran Prince Amukamara, who has started 99 NFL games in nine seasons. The Raiders will be his fourth team.

However, while the deal is not official and with the Apple scenario fresh in mind, Adam Caplan’s tweet below is something to consider:

Assuming the Amukamara deal gets finalized, the NFL Network looked at the reasons why the Raiders are adding the veteran CB, who turns 31 next month.

From NFL Now: Why the #Raiders are signing veteran CB Prince Amukamara and more on the mutual interest between the #Jets and free agent DB Logan Ryan. pic.twitter.com/VToeozEGJL

The future of this group, if all develop well, is already on the roster for the most part and I can see the youngsters getting a lot early playing time.

The young players will play, though. Trayvon Mullen, a second-round pick last year, who played extensively and flashed down the stretch, will get a long look as a starter. The idea is to have Mullen and Arnette grow old together as starters with Robertson as the nickel corner.

But, in 2020, with Amukarama and Lamarcus Joyner playing nickel, both Arnette and Robertson will have time to develop.

Shortly before the draft, Las Vegas general manager Mike Mayock downplayed a big need for corners because they liked some youngsters, such as 2019 fourth-rounder Isaiah Johnson and Keisean Nixon, who made the team as an undrafted free agent. But the Raiders added to the position, anyway.

There is also veteran Nevin Lawson, who is suspended for Week 1. It’s going be very difficult for 2018 fourth-round pick Nick Nelson to make the team.

It is an interesting group, and should be improved, especially if the young cornerbacks develop quickly.