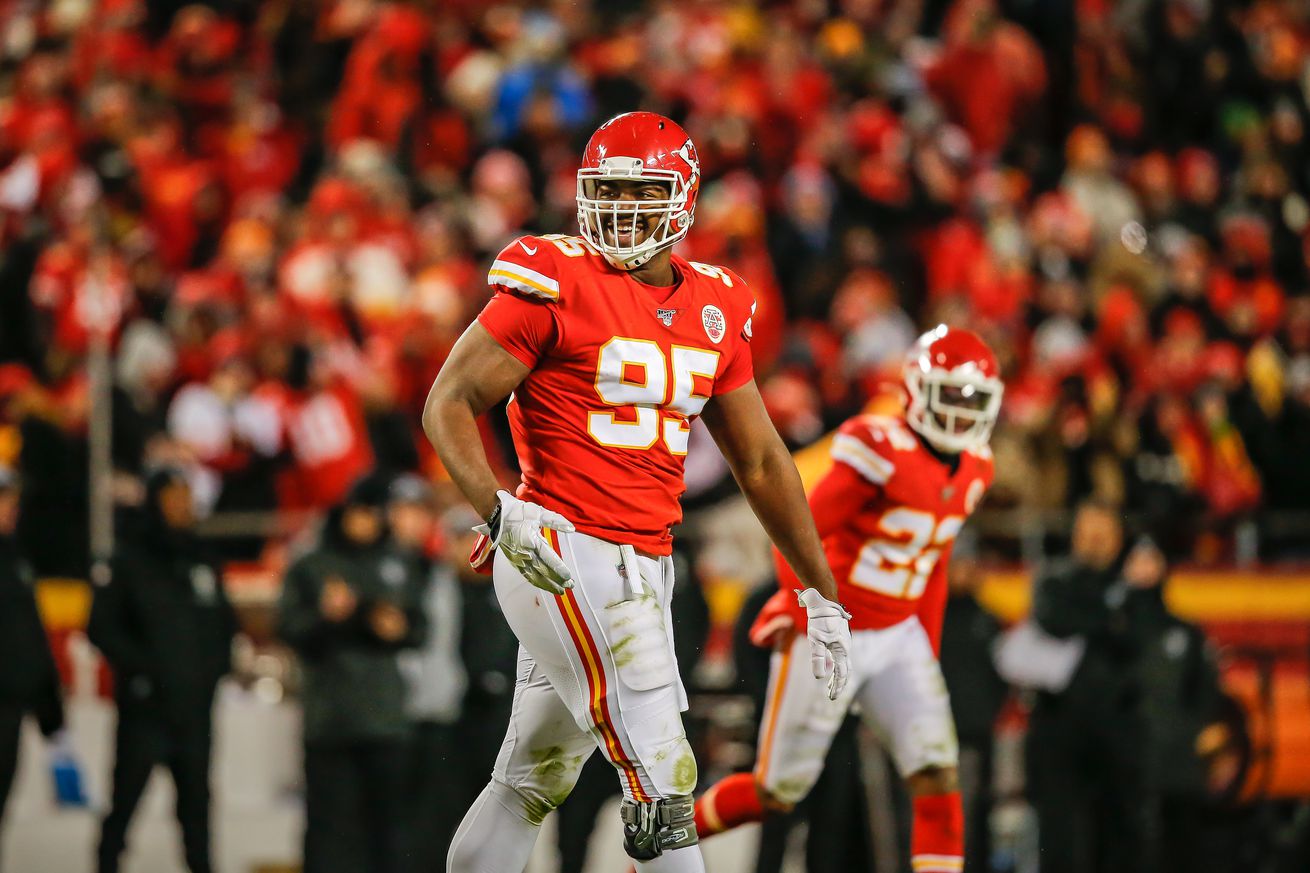 Prior to free agency, the Raiders had a pipe dream of landing Chris Jones in free agency.

Then, after the star defensive tackle was given the franchise tag by the rival Kansas City Chiefs, the hope in the Raider Nation was that Jones could become available next year.

Well, that’s not going to happen, either.

Proving, once again, that they are run as well in the front office as they are out on the field, the defending Super Bowl champion Chiefs signed Jones to a lucrative contract extension Tuesday, beating the franchise-tag clock by one day.

According to ESPN’s Adam Schefter, the Chiefs agreed to a four-year, $80 million deal with $5 million in incentives.

*$60 million is guaranteed for injury.

*It’s a four-year, $80 million deal, with $5 million in incentives, making value of contract up to $85 million. https://t.co/gDh7JtAzRg

There was some hope in the Raiders’ fan base that perhaps the Chiefs priced themselves out of a Jones’ extension when they gave star quarterback Patrick Mahomes a whopper of a contract last week, but no such luck. The Mahomes deal is structured in a way where the Chiefs can keep their top players.

That’s what is so annoying for Raiders’ fans about the Chiefs. Not only do they have the best player in the NFL in the form of Mahomes, but they are set up for the long haul by bringing back the vast majority of their championship team. Plus, they’re set for the future because they are both well run and they are young at key positions.

It’s not easy to keep a stacked roster together in the NFL. Chiefs cap guru Brandt Tilis deserves a ton of credit for his work: it takes foresight, discipline, creativity and shrewd decision-making to make all this happen.

RT to scare the rest of the NFL

What’s the moral of this story for the Raiders? They are getting better, but the truth is they must prepare to battle the Chiefs for the long haul because they are not going away anytime soon. The Jones contract extension is the latest reality check.