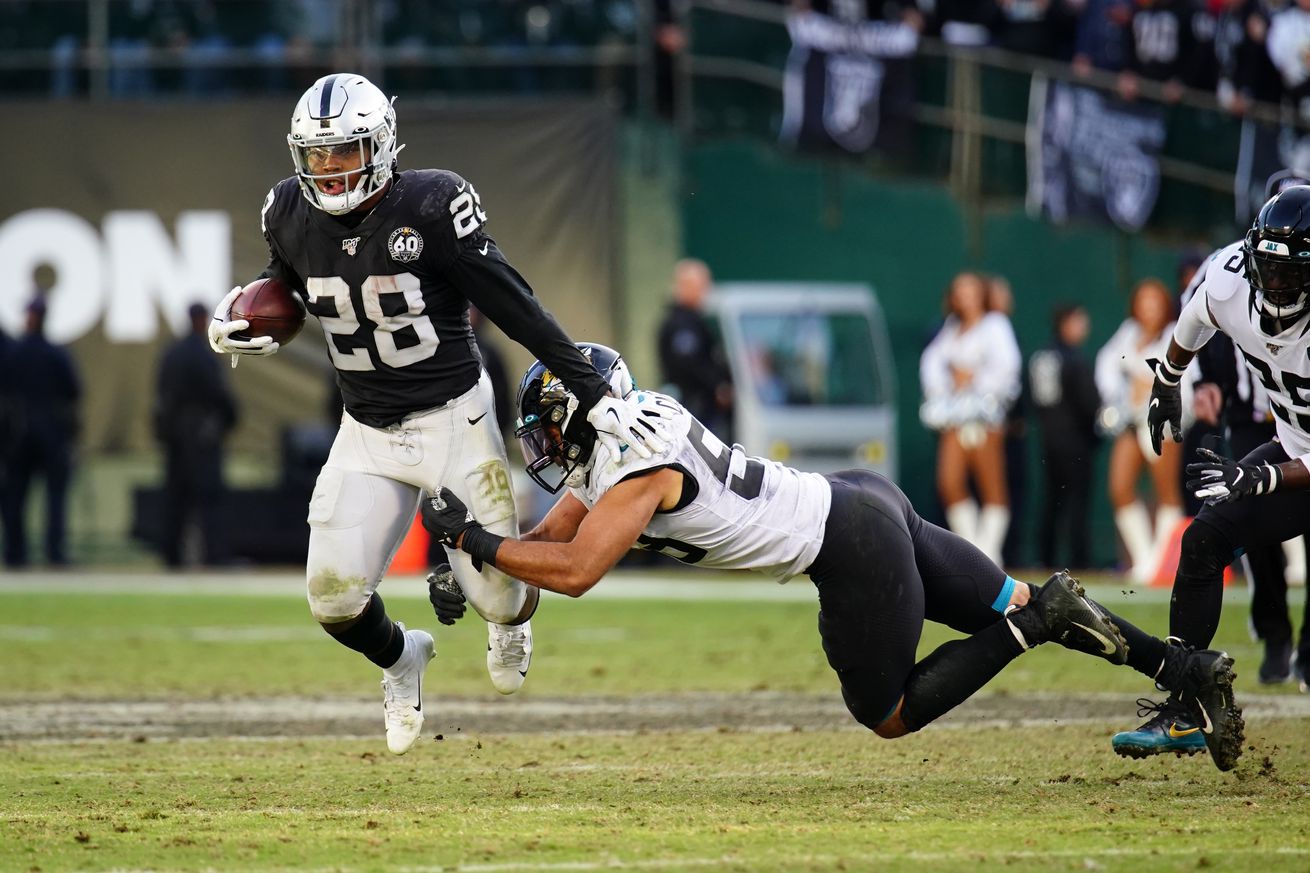 The Raiders made their signing of running back Devontae Booker official on Monday.

So now is the perfect time to look at what we should expect from the Las Vegas running back group in 2020:

Josh Jacobs:
This second-year player is the certain starter. It all begins with him. Jacobs had 242 rush attempts as a rookie. He missed three games, so he averaged 18.6 carries a game. I’d think the goal for Jacobs would be in the 320-carry range this season. That would be 20 carries a game through a full 16-game schedule with the idea of Jacobs getting a lot of work in the fourth quarter to close out games. He showed he can be that type of weapon last season. Other than staying healthy, the Raiders will likely want Jacobs to catch more passes this season. He had 20 receptions as a rookie on 27 targets. I’d think the Raiders would like to see Jacobs, at least, double his reception total this season.

Jalen Richard:
We know who Richard is in terms of fitting in this offense. He is a role player. The Raiders liked him enough to bring him back with an extension after Richard had 83 carries a rookie in 2016, then 56, 55 and 39 over the next three seasons. He made his biggest impact as a receiver out of the backfield. Richard had 68 of his 160 career catches in in 2018, and dropped down to 36 last season. I can see Richard getting 35-50 catches in 2020. But his numbers may also dip some because of the plan to get Jacobs more involved in the passing game and the additions of Booker and rookie Lynn Bowden.

Lynn Bowden:
He is the wild card. The college receiver/quarterback was drafted to mostly be a running back, but he will be moved around. He was taken in the third round, so Jon Gruden has big playbook plans for him. While it is difficult to project exactly what to expect from him as a rookie, expect to see him on the field often.

Booker:
It may be a lot to ask Booker to be the true backup, especially if Jacobs has to miss a few games Booker just hasn’t done much in the NFL to prove he can handle the being starter if needed. He barely played last season. He’s not a terrible player, but there hasn’t be a lot of impact.

Conclusion: Jacobs’ health and Bowden development is the key to this group. If these things happen, the Raiders will be in great shape at this position.