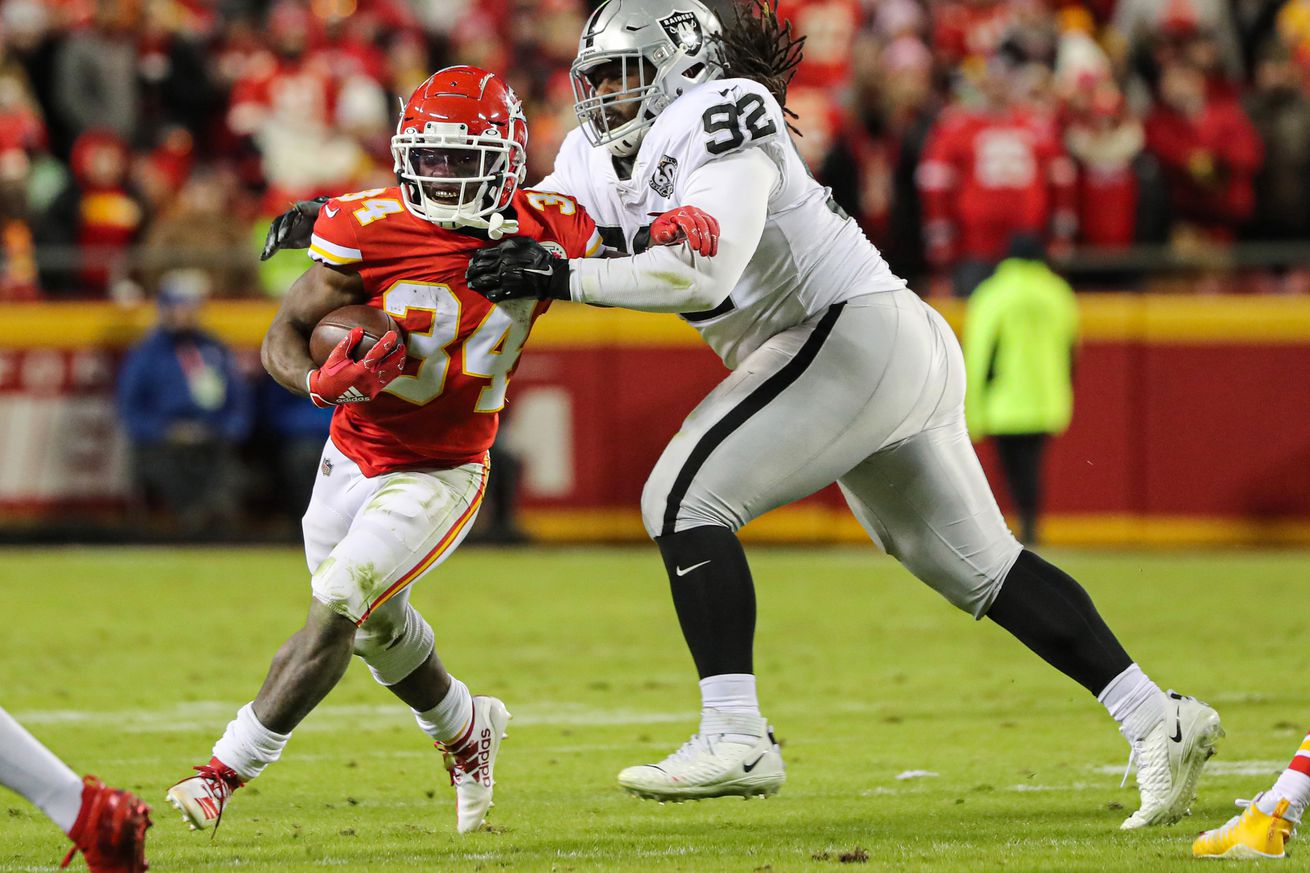 Bubble players will miss the extra work — and the opportunities

The NFL has reduced the preseason from four games to two games in an attempt to give teams more time to adapt in training camp and to cut down on travel during the coronavirus pandemic.

While most players will be pleased with a shorter preseason, it could affect some because they will need all the film work they can get to make the regular-season roster.

Let’s look at six Raiders’ players, listed in alphabetical order, who this change may impact the most:

Rico Gafford:
The receiver is a fan favorite who has bounced from the active roster and the practice squad. If he has a chance to beat out Zay Jones, Gafford is going to need a huge preseason to make the roster.

P.J. Hall:
The defensive tackle been considered a bubble player all offseason. The 2018 second-round pick will need to flash in the preseason for the Raiders to continue their relationship with him.

Eric Kush:
The veteran signed this offseason, but the Raiders are crowded at guard. He’s going to make to standout to make the squad.

Keisean Nixon:
He flashed last season as an undrafted free agent and made some plays on special teams. But the Raiders added three cornerbacks this offseason so he needs to flash again.

William Stanback:
Many fans are excited about the tailback due to his success in the Canadian Football League. But he is a longshot. He would have had to have a great preseason to make the roster even if it was a four-game slate. But now that it’s cut in half, he is going to have to far outshine Devontae Booker, but it’s possible.

Javin White:
The linebacker is going to be a storyline this summer because he is an Oakland native and he went to college at UNLV. He represents the Raiders’ past and present. Plus, many scouts think he has the best chance of all of the Raiders’ undrafted free agents to make the roster. He will have to outplay some veteran backups to make the team. With half his chances taken away, it won’t be easy.