Derek Carr and the Raiders are going to have to show something more than they’ve shown in Arrowhead in a long time. Because the Chiefs are on another level, especially on the offensive side of the ball.

Gruden and Reid go way back. Like waaaaaay back. Reid and Gruden were both offensive assistants with the Packers from 1992-94. From there Gruden moved on to become the offensive coordinator in Philadelphia while Reid was promoted to QB coach in Green Bay. Come 1998, Gruden was hired to become the Raiders head coach and Reid was named head coach in Philly.

Both went on to earn Super Bowl rings. Gruden got his in 2002 with the Buccaneers while Reid had many years of success both with the Eagles and Chiefs before finally getting his ring as a head coach last season. Gruden, of course, had a nine-year stint in the middle as a Monday Night Football analyst.

Matching up with the best tight ends in the game is one of the biggest reasons the Raiders went hard after Littleton in free agency. Specifically to match up with Kelce twice a season.

Facing Tyreek Hill twice a season is what inspired Jon Gruden to draft Henry Ruggs III. He wanted one of his own deep threat weapons. Gruden also drafted Mullen and he is easily the best cornerback the Raiders have. This may be his toughest task yet this season.

Jones signed a big contract this offseason and already has 3.5 sacks in three games. He sacked Lamar Jackson twice last week, both while lining up across from the left guard.

Good had some work at right tackle this season and he held up ok all things considered. He showed he is a great run blocker, but in week three against the Patriots, he got eaten up in pass blocking. He will face on of the best interior pass rushers in the game in Jones. 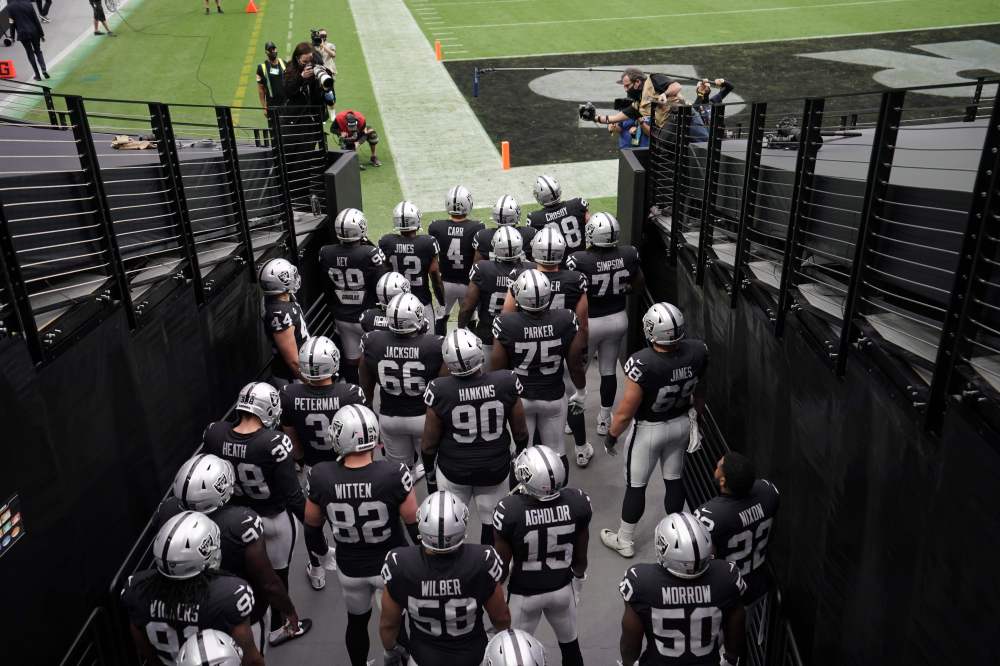