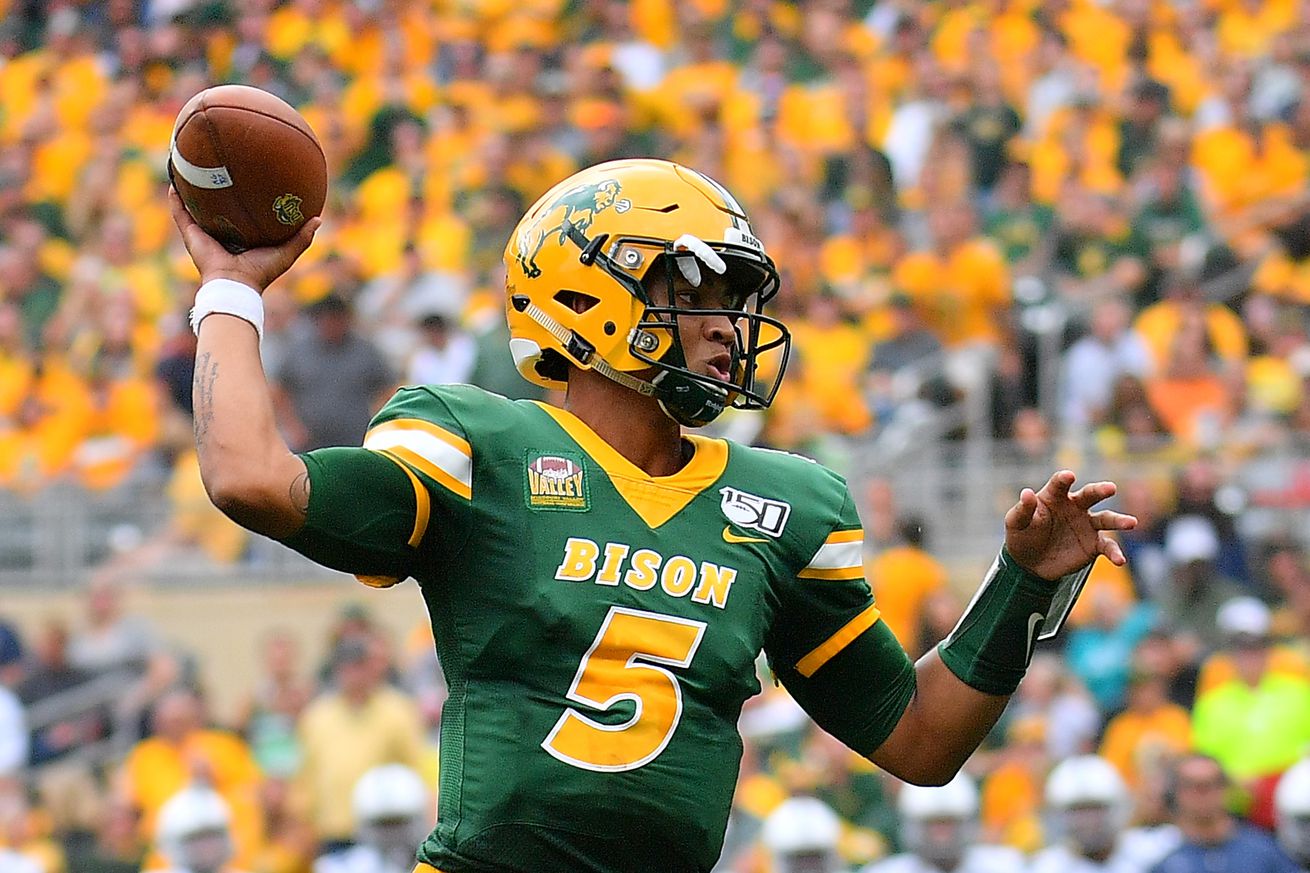 Lance told Yahoo that he will forego his team’s 2021 spring season and will make himself eligible for the draft, which will be held next April. North Dakota State played one fall game this season — a Saturday win over Arkansas State. Lance made the most of his final college game as he threw for two touchdowns and ran for two more scores in a North Dakota State win. Lance ended his college career with a 17-0 record.

According to NFL Draft Diamonds, the Raiders were one of five teams to have two scouts at the game to scout Lance.

Today the Buffalo Bills had two scouts present to watch North Dakota State QB Trey Lance. They were not the only team with two scouts though. #BillsMafia

Lions, Raiders, Panthers, and Vikings all had two scouts apiece. The Bears were there as well as the Colts!

It’s not a surprise the Raiders had two scouts there because it’s not a shock Lance declared for the draft. It was expected, so that was scouts’ final chance to see him play in a college game. Also, Raiders coach Jon Gruden and Mike Mayock have closely watched quarterbacks over the past two offseasons. I fully expect them to investigate Lance (and other quarterbacks) more in the offseason.

Lance, 20, is surely worth the time to scout. He is 6’3, 228 pounds and he has a big arm and he is a running threat. Lance will surely be a first-round pick and this surely won’t be the last time we hear about the Raiders scouting him.