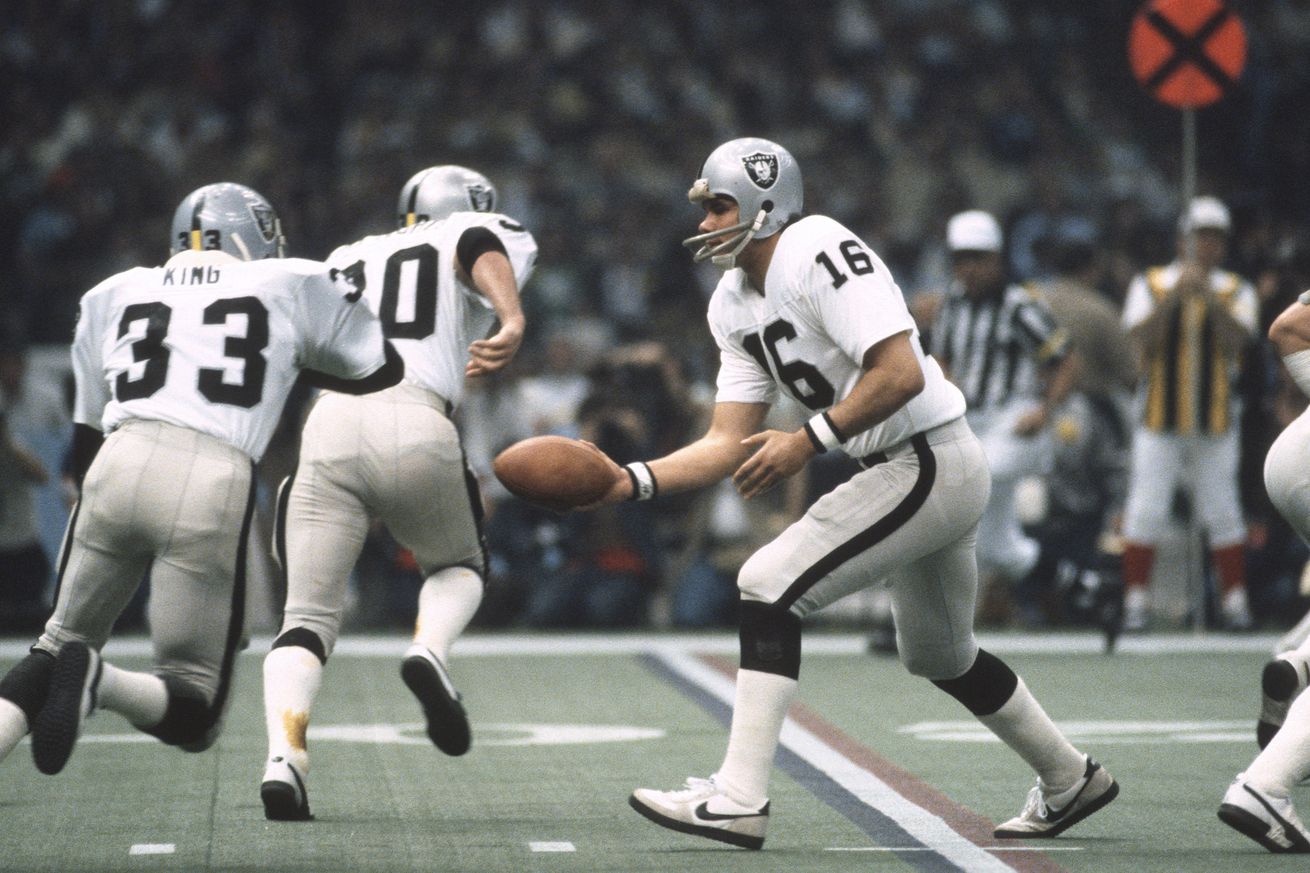 Jim Plunkett went from being washed up to Super Bowl MVP

It is underdog week at SB Nation and the 1980 Oakland Raiders are one of the greatest underdog teams in NFL history. This is why …

The fall of 1980 didn’t start well for the Oakland Raiders.

One of the most dominant NFL teams of the previous decade, the ‘80s got off to a rocky start in the East Bay.

The blockbuster trade that sent Ken Stabler, the bearded face of the franchise to Houston and brought Bay Area native Dan Pastorini to the Silver and Black, wasn’t working out. Pastorini just wasn’t a great fit for Tom Flores’ offense.

Things seemed to hit rock bottom when Pastorini broke his leg in a loss to Kansas City at home. The loss dropped the Raiders to 2-3.

It was dire times. The Raiders were forced to hand the offense to Jim Plunkett, in his third year as the Raiders’ backupThe 1970 Heisman Trophy winner at Stanford was a flop as a starter in New England and in San Francisco.

He was given one final chance.

“We had a team meeting at 2-3 and with Jim coming in as the starter,” safety Mike Davis, who made the signature play of that special season, said in a phone interview with me on Saturday. “We re-dedicated ourselves and then caught fire … We were true underdogs.” Indeed. The Raiders went from 2-3 to Super Bowl champions.

The key to the Raiders’ resurgence was Plunkett. He was the ultimate underdog at that point of his career.

Plunkett, the No.1 overall draft pick in 1971 by the Patriots, never had a winning record in six seasons as a starter with the Patriots and the 49ers. At age 32, he took over the Raiders and turned a 2-3 team into a 11-5 squad, going 9-2 to finish the regular season.

The Raiders, still fighting back from their slow start, had to go through the playoffs as a wild-card playoff team. They beat Houston at home then to upset Cleveland in frigid weather, then won at San Diego in the AFC title game before smoking Philadelphia, 27-10 in the Super Bowl. Plunkett was named the Super Bowl MVP.

“When I think of our 1980 team, geez, I think of Jim Plunkett,” cornerback Lester Hayes, who won the NFL defensive player of the year in 1980, said in a telephone interview.

“Plunkett steps in and had the confidence playing behind a great offensive line. Sacks are not a quarterback’s friend. In New England and in San Francisco, opposing defenses were having a sack party. It was a party and Jim was the pinata … Our line kept Jim clean and we ended up getting the Stanford version of Jim and not the New England and the San Francisco version. He had the confidence and it took us all the way to the Super Bowl.”

The signature game of the 1980 season for these underdogs was the playoff game in Cleveland. It was four degrees and ferociously windy off the shore of Lake Erie that day.

Davis said the Raiders practiced at the Browns’ facility the day before the game, in terrible conditions. He said the Browns opted to not take the practice field that day. It set the tone for the Raiders’ mind set going into the game, which was the second-coldest game in NFL history, at the time, next to the Ice Bowl in Green Bay in 1967.

The Browns got down to Oakland 14-yard line with less than a minute remaining. Instead of trying to kick a short field goal (the bad weather made that proposition dicey), the Browns went for it. Quarterback Brian Sipe looked to future Hall of Fame tight end Ozzie Newsome in the end zone, but Davis — who was not known for having good hands — made the play of his life, intercepting the ball and sending the Raiders to the AFC title game.

“We were not going to be denied,” Davis said. “They challenged us and we came out on top, it was just a one of those seasons. It was special.”

That team remains of the great underdog tales in league history.