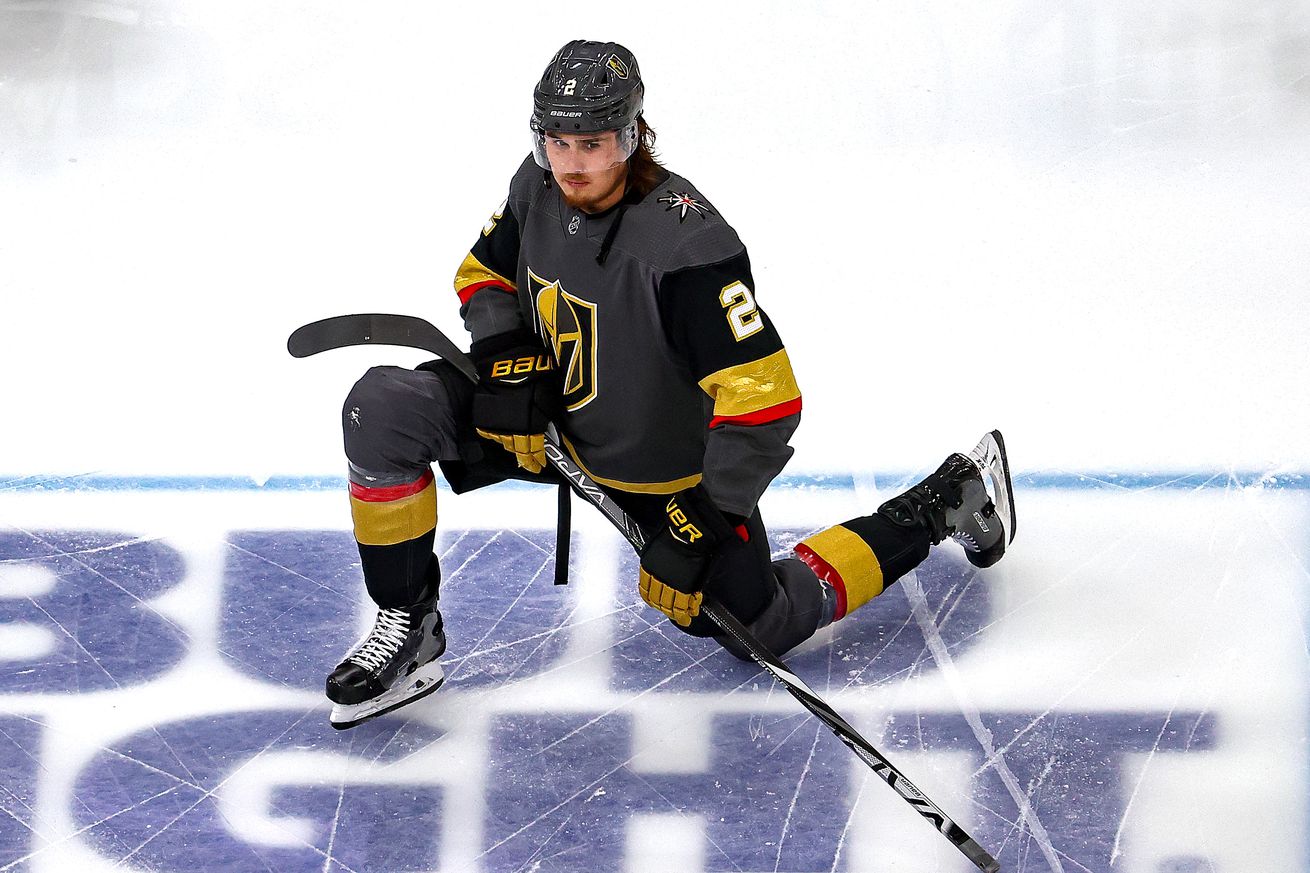 A promising playoff run for the rookie defenseman ends in the worst way imaginable.

In a postseason dominated by defensemen becoming superstars, no one expected the breakout performance that Golden Knights rookie Zach Whitecloud had.

But for the moment, it’s the way his Stanley Cup Playoff run ended that will be remembered the most in the immediate future.

Whitecloud was called for delay of game 2:15 into overtime of Game 5 of the Western Conference Final for clearing the puck over the boards, giving the Dallas Stars a power play. Denis Gurianov scored 2:21 later to give Dallas a 3-2 win and cementing their place in the Stanley Cup Final.

The Golden Knights’ season came to an abrupt end by losing three straight and blowing a two-goal third period lead. This loss, understandably so, is not on the 23-year-old Whitecloud’s penalty.

“It’s a shitty situation,” said Golden Knights forward Reilly Smith. “He’s been a great player, a stand-up player for us this postseason. Things like that happen and they happen to anyone. Just unfortunate that it happened to him. This game didn’t come down to one play. The onus is on all of us.”

Whitecloud had only one NHL start to his name prior to this season. His trajectory went up when Peter DeBoer became coach on Jan. 15. Whitecloud was called up from AHL Chicago on Jan. 31 and became a mainstay on the third pairing with Nick Holden. He had one assist in 16 regular season games, but broke out in the playoffs.

His three points (two goals, one assist) in 19 playoff games doesn’t jump off the page, but his work on the penalty kill was a main factor in Whitecloud’s ascension. He led the Golden Knights in average shorthanded time on ice with 3:18, 20 seconds more than PK regular Brayden McNabb.

Unfortunately for Whitecloud, in only his third penalty taken in the series, it was the one that sent the Golden Knights leaving the Edmonton bubble.

“I just feel terrible for the kid. Such a shitty penalty to begin with,” DeBoer said. “Not on him, but for that type of penalty to decide a game doesn’t make sense to me. For him, he’s got nothing to hang his head about. He played his ass off, he played big, played heavy and played big minutes for us. He’s got a bright future ahead of him.”

Whitecloud’s play made it an easy decision for general manager Kelly McCrimmon to give the former Bemidji State product a two-year contract extension on March 22, assuredly keeping him at the NHL level for the foreseeable future.

The moment Gurianov scored the winning goal, the NBC Sports camera panned from a Dallas celebration to Whitecloud sitting in the box, pondering if he was the reason why the Golden Knights were eliminated from the playoffs.

Rest assured, he was not. The Golden Knights scored eight total goals in the series and held a two-goal lead 15 seconds into the third period. Smith scored to give Vegas a 2-0 lead, something that two games ago seemed insurmountable.

But Jamie Benn, much like the Dallas captain has done the past three games, scored when his team needed. Benn made it 2-1 at 9:54, and Joel Kiviranta tied it on the power play with 3:47 remaining to set up overtime.

The aggregate final was 9-8 in favor of Dallas.

We can talk forever until if we really think the Golden Knights outplayed the Stars in five games and lost, but that’s for another day.

But Whitecloud was a bright spot in what was an up-and-down defense for Vegas throughout this postseason. Such a performance could move him up to the top four depending on how this roster looks next year — which could see quite a bit of turnover.

Whitecloud should not hang his head for this loss. There was more that went into the Golden Knights folding hard in the playoffs yet again.

“We’re not happy losing in the conference final. That wasn’t the goal when we came here,” DeBoer said. “I thought our group was exceptional.”