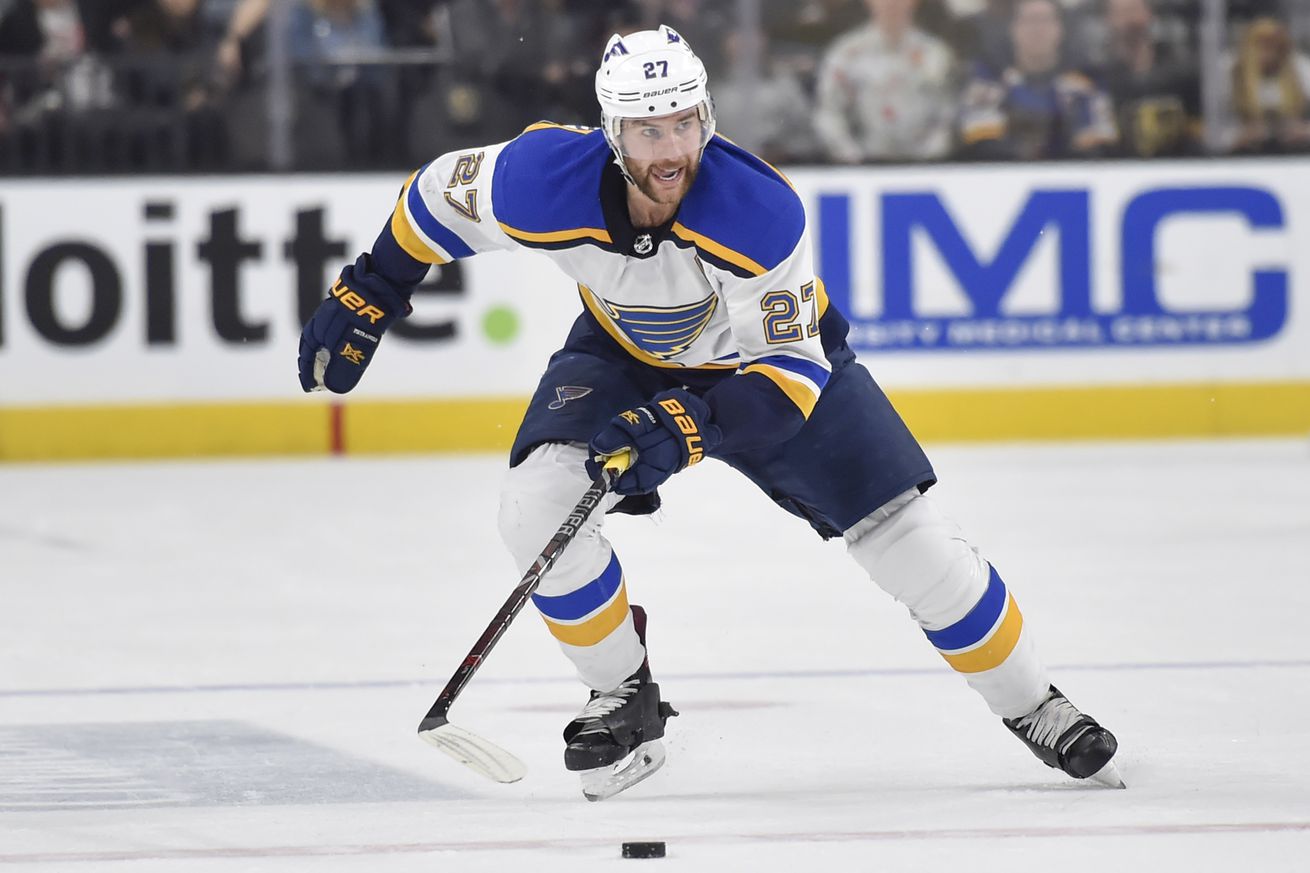 All signs point to Vegas reeling in the big fish, right?

Allow me to provide you a timeline of how the first day of NHL Free Agency went, in gif form.

Whether or not this is an omen for Day Two is to be determined. Regardless, the Golden Knights will be a team at the center of the discussion.

Hours before the market opened, Vegas traded Paul Stastny to the Winnipeg Jets for a fourth-round pick and Carl Dahlstrom. The Golden Knights cleared $6.5 million in cap space to put them in the driver’s seat to make a run for star defenseman Alex Pietrangelo.

Despite a known intent to clear cap space, the Golden Knights have been deemed a frontrunner to land the former St. Louis Blues captain. Those odds increased tenfold early Friday evening when the Toronto Maple Leafs — another considered frontrunner for the Toronto native — signed T.J. Brodie to a four-year deal at $5 million AAV. Shortly after, the Blues pulled off a stunner by signing former Boston Bruins defenseman Torey Krug to a seven-year deal at $6.25 million AAV, essentially bowing out of the race to re-sign Pietrangelo.

Suddenly, the Golden Knights find themselves in cruise control for the top player in free agency. A lot still has to be done for it to come to fruition. The Golden Knights can still go over 10 percent of the cap to sign Pietrangelo, and if he’s content with $8.5 million over seven years, that will get it done. That also means more moves would need to be on the way.

Will the Bruins join the Pietrangelo sweepstakes?

With Boston going rogue on Krug, and despite all signs of Pietrangelo picking Vegas as his destination, the Bruins may get into the chase.

The Bruins have $15.395 million in cap space according to CapFriendly. The Presidents Trophy winners could very much get in the mix if they want to bolster that blue line after losing Krug. But would Boston rather use that cap space to go after Taylor Hall and provide some punch to a line not holding the names David Pastrnak, Brad Marchand or Patrice Bergeron?

Bruins general manager Don Sweeney didn’t hold a press conference as planned Friday, raising some eyebrows and opening the door to speculation — damage control on the lack of a deal for Krug? Back to the drawing board to finalize something for Hall or Pietrangelo? No plan at all? Both?

While the Golden Knights may remain the favorites for Pietrangelo, there’s this feeling that other teams may want to get involved knowing Toronto and St. Louis are, for now, out of it. And if that’s the case, Boston might be ready to strike.

It’s not fun to be the team that puts all of its eggs in one basket. When you have sights set for one target in free agency, it could spiral out of control quickly. Pietrangelo may not have had Boston on his short list of destinations, but mindsets can change quickly. And if Pietrangelo has a change of heart in the coming days and thinks Boston is the place to be, the Golden Knights better have a backup plan if they still want to spend.

Said backup plans are going off the board. Kevin Shattenkirk is off to Anaheim; Tyson Barrie is going to command a hefty payday and Vancouver is reportedly in the mix after losing Christopher Tanev to Calgary and not pulling the trigger on a deal for Oliver Ekman-Larsson; the aforementioned Brodie and Krug are out of the mix.

Gut instinct dictates the Golden Knights would not have made the move for Stastny if they weren’t overtly confident Pietrangelo would choose Vegas, but this situation just got a lot more interesting. All it took was one hour.

Who’s next to go?

If the Golden Knights nab Pietrangelo at an $8.5 million cap hit, that brings Vegas to approximately $6.624 million above the salary cap following the Knights’ one-year deal with Tomas Nosek that was made official Friday evening. Another player, or two, will need to go.

The top name remains Marc-Andre Fleury, as the Golden Knights continue to exhaust all options to unload the two years and $14 million remaining on the goalie’s contract. Given how the goalie market has taken shape, finding a suitor for Fleury remains the biggest crapshoot. Teams in need of a goalie — Minnesota (Cam Talbot), Calgary (Jacob Markstrom) and New Jersey (Corey Crawford) — have since addressed that need.

There’s still the option of a three-team trade for Vegas, which one team could take on half of Fleury’s salary and flip him to the team that wants him; much like how the Golden Knights acquired Robin Lehner at the trade deadline with Toronto and Chicago. So far, that continues to be difficult to materialize.

The team I continue to believe that is a legit landing spot for Fleury is the Carolina Hurricanes. Carolina can get by with a tandem of Petr Mrazek and James Reimer, but a motivated Fleury is a more elite option. A team like New Jersey could be that facilitator of consuming cap space; even with signing Crawford to a two-year deal with a $3.9 million cap hit, the Devils have $22 million in cap space.

The good news for the Golden Knights — moving Stastny when they did alleviated some of the pressure for an immediate Fleury trade. It will need to be done, but for now, there’s some wiggle room.

Other names in the rumor mill remain Nate Schmidt and Jonathan Marchessault; guys the Golden Knights would like to avoid giving up based on remaining term. At time of publishing, there’s no traction on an immediate Vegas trade. Sportsnet’s Chris Johnston reported one name to keep an eye on is Max Pacioretty, who has three years remaining at a $7 million cap hit on a four-year extension signed after being traded from Montreal. It’s not something that should be looked too far into, at least for now; moving Pacioretty eliminates your lone, pure goal scorer on the roster. Given this time of year, in this economy, would we be shocked, though?

Other names to look out for

This likely won’t be a focal point until the Golden Knights make the necessary moves should they land Pietrangelo, but there are some options to keep an eye on.

If the Golden Knights unload Marchessault or Pacioretty, the first name to call should be Mike Hoffman. The 30-goal scorer for the Florida Panthers might be too rich for Vegas’ blood initially, but if he waits for the market to develop and hears pitches from other teams as he’s expected to do, an opening might be had at the right price.

A potential reunion between the Golden Knights and Erik Haula has been thrown in the Twitterverse the past 24 hours, and while that would be a feel-good story and it’s been an idea that’s been kicked around since he was traded last summer, it doesn’t seem likely. While Stastny’s departure creates an immediate need at center, the Golden Knights are committed to seeing their depth down the middle play out, and that includes Cody Glass.

The concern with Haula is he might not be the same player he was two years ago. He was shut down indefinitely last season with knee issues, and didn’t make an impact with Florida when traded at the deadline.

The market is going to be stagnant for Vegas until they weed through the cap grass and accomplish what they need to. Vegas might need to be the team that does something before everything goes haywire. All of what you read might be irrelevant by the time you finish.

That’s the joy of this time of year, no matter when it is.