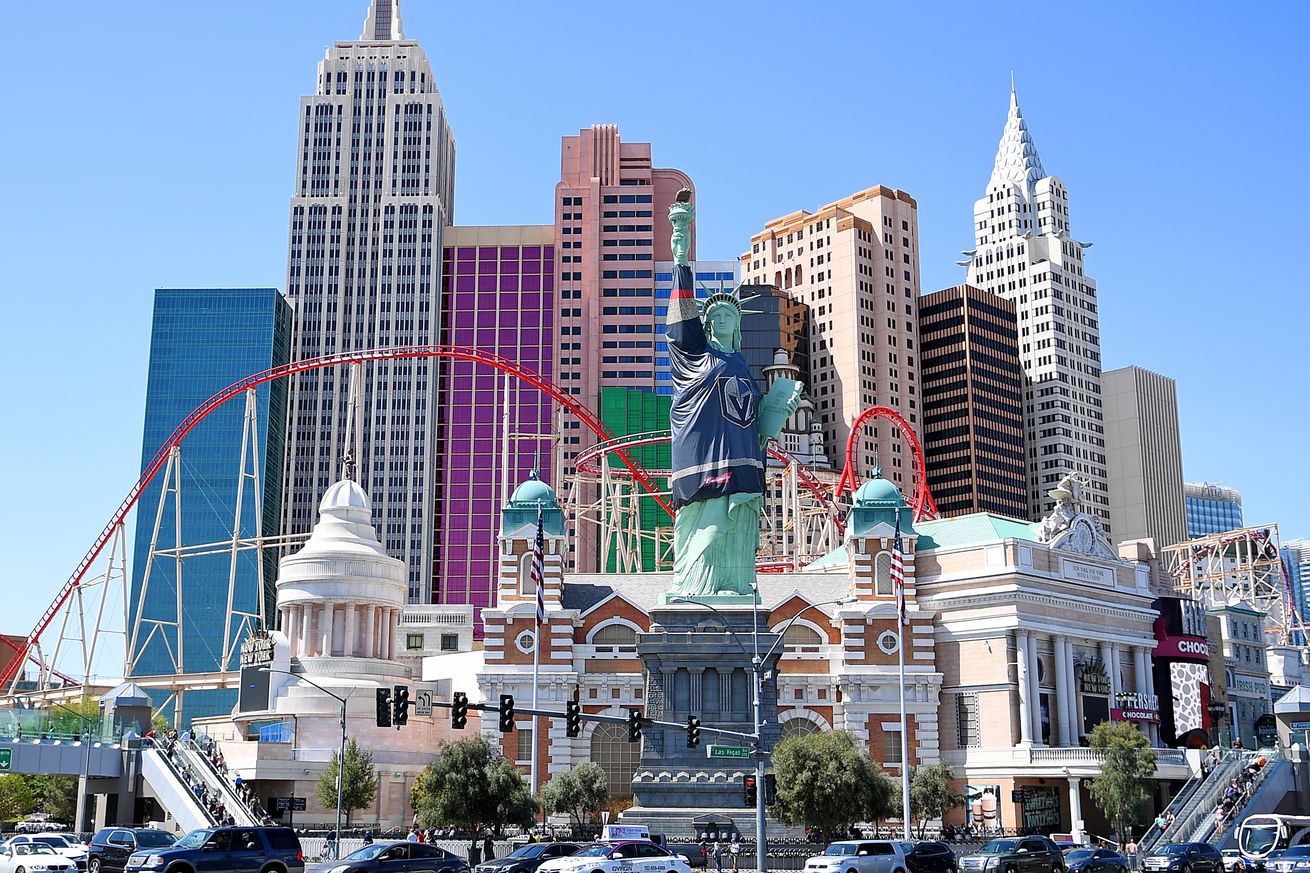 Edmonton and Toronto are the current contenders, though neither is confirmed.

It wasn’t too long along ago that Las Vegas was all but guaranteed to be one of two hub cities for the NHL’s 24-team return-to-play format, even if the Vegas Golden Knights and the other Western Conference teams ended up in another city for the playoffs.

However, due to a substantial rise in COVID-19 cases in Nevada, it appears that Vegas has lost its front-runner status, according to TSN’s Frank Ceravelli.

For the first time in more than a month, sounds like Vegas is no longer a frontrunner to host an #NHL hub city. Spike in COVID-19 numbers in Vegas appears to have put a damper on their bid.

As @TSNBobMcKenzie reported, very possible both hubs cities are in Canada : TOR and EDM

Nevada and Clark County continue to report record-breaking days of COVID-19 cases, and the virus transmission rate is higher in Nevada than in any other state, according to a new site that tracks states’ COVID-19 data. That being said, there have been spikes in cases across the United States.

As such, it seems more likely that two Canadian cities will be selected as the hub cities. Currently, the top candidates are Edmonton and Toronto, though Las Vegas and Chicago still remain in the running, according to NHL insider Bob McKenzie.

EDM, TOR, LV and CHI appear to be the final considerations.

The NHL revealed its return-to-play format May 26, and it was expected that the hub city announcement would be made in late June in order to give players and teams time to prepare for training camp (Phase 3), which was tentatively scheduled to open July 10.

However, the NHL and NHLPA continue to negotiate terms for not only the protocols for Phase 3 and Phase 4 of the return-to-play format but also for a new Collective Bargaining Agreement, which is set to expire in 2022. There are additional logistical concerns surrounding the expiration of player contracts (June 30) and signing bonuses, though those are expected to be paid July 1.

The expectation is that NHL players will be paid their 2020-21 contract year signing bonuses tomorrow on July 1, as scheduled. That’s an NHL expenditure of more than $300 million.

All of this explains the holdup in the process, and concern surrounding the rising number of cases among players and throughout the U.S certainly doesn’t help.

One player said a majority of the players do not want to return to play this summer. Estimated 75%. Though they’re concerned with financial pitfalls of that decision, they’re more concerned about risking contracting the virus/serious injury before cramming in the 2021 season 2/

The Tampa Bay Lightning shut down their facilities a few weeks ago after three players and several staff members tested positive, and there was a similar outbreak in Arizona.

It remains to be seen how it would work if players who test positive need to self-isolate for weeks during the qualifying round or playoffs (Phase 4), especially since so many players will be sharing one facility.

As of June 15, no Golden Knights players have tested positive, according to general manager Kelly McCrimmon.

From there, the playoffs are expected to proceed as normal with best-of-seven series, though teams will be reseeded after each round.

Though Edmonton and Toronto appear to be on the short list, the details and discussions remain fluid, including those regarding which conference will play in which city.