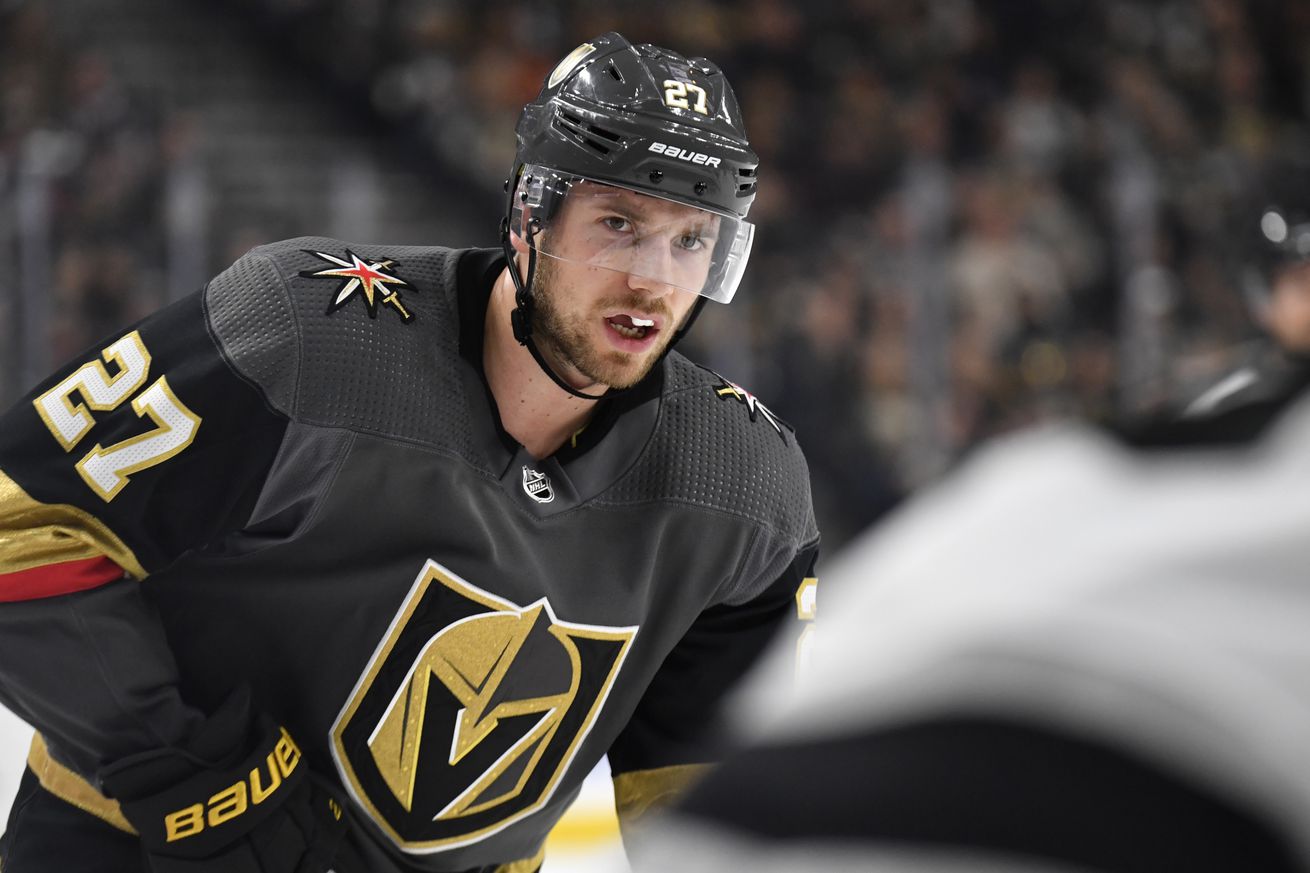 The Vegas defenseman overcame a battle with testicular cancer and had his best statistical season yet.

Shea Theodore is the Vegas Golden Knights’ nominee for the Bill Masterton Trophy, given to “the player who best exemplifies the qualities of perseverance, sportsmanship and dedication to ice hockey.”

The nominees were announced Tuesday for the award given by the Professional Hockey Writers Association. Among those nominated were Philadelphia Flyers forward Oskar Lindblom, St. Louis Blues defenseman Jay Bouwmeester and Ottawa Senators forward Bobby Ryan.

The Golden Knights defenseman finished the 2019-20 regular season with the best statistical output of his young NHL career — 46 points (13 goals, 33 assists) — but it was his victory in overcoming testicular cancer that will be remembered as Theodore’s greatest win. Theodore announced in a post on The Players’ Tribune on Sept. 12 how he failed a drug test following the IIHF World Championships in May as a member of Team Canada.

The hormone that was caught on the test, which is normally found in pregnant women, can be found in men but it can link to testicular cancer.

The NHL Awards show was postponed due to COVID-19. No date has been announced for official rescheduling.