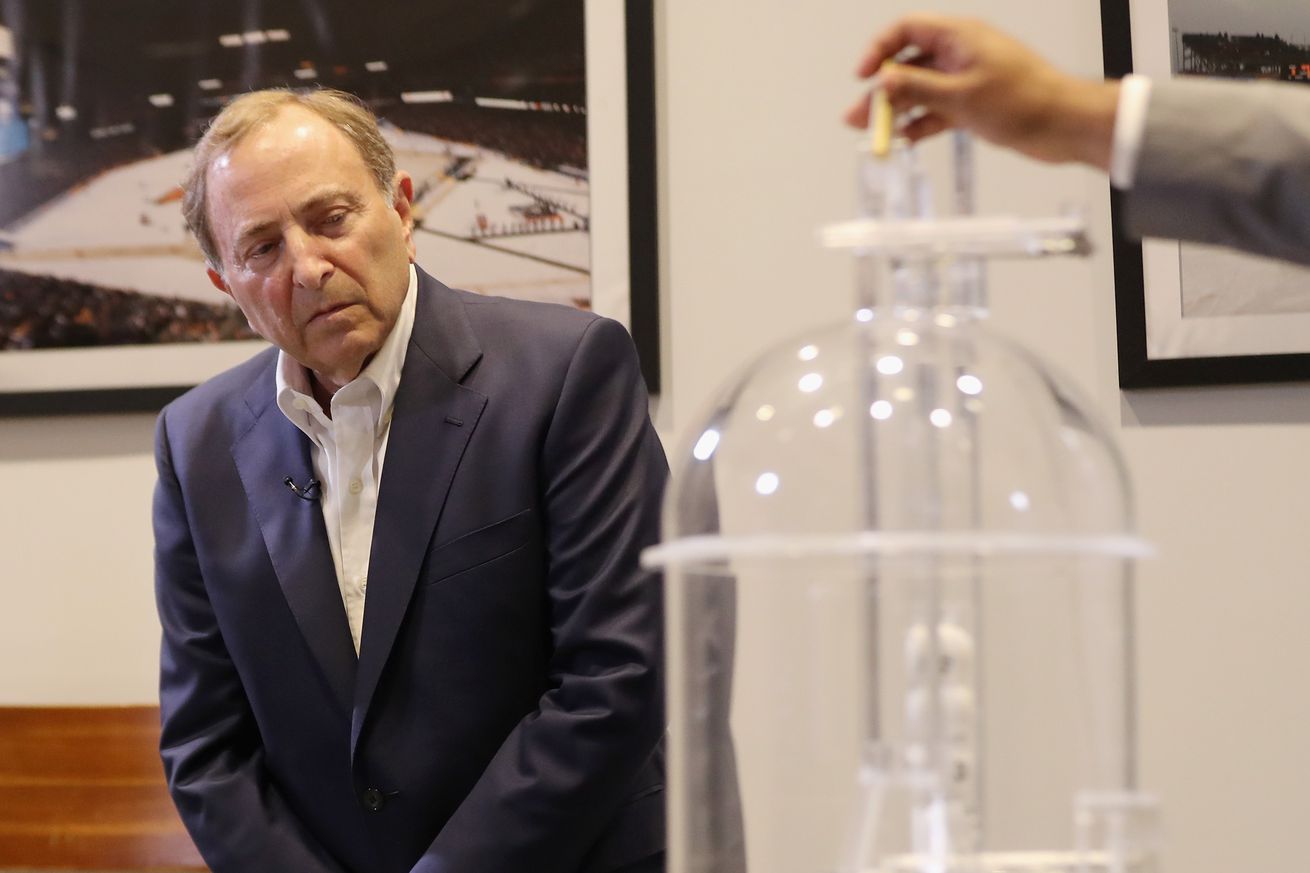 You all have spoken.

Welcome to SB Nation Reacts, a survey of fans across the NHL. Each week, we send out questions to the most plugged in Golden Knights fans, and fans across the country. Sign up here to join Reacts.

As if 2020 wasn’t weird enough, the one-impossible has now happened – hockey fans like Gary Bettman.

In the latest SB Nation Reacts survey, fans were asked if they were confident in the NHL commissioner. Despite being booed for doing just about anything, fans actually gave Bettman a vote of confidence. More than 50 percent of fans trust the commissioner.

Taking things even further, fans responded they would rather have Bettman than any other commissioner among the four major leagues.

The questions come as all four commissioners deal with how their league will return from COVID-19. The MLB, NBA and NHL are all expected to return in late July while the NFL is on roughly its same schedule.

This is certainly one of those weird times, but I think we can all agree once fans are allowed back in arenas, and Bettman is there to award the Stanley Cup, a chorus of boos will shower him. And when it’s all said and done, he’ll probably welcome that just as much as fans would.

To vote in the Reacts surveys and have your voice heard each week, sign up here.