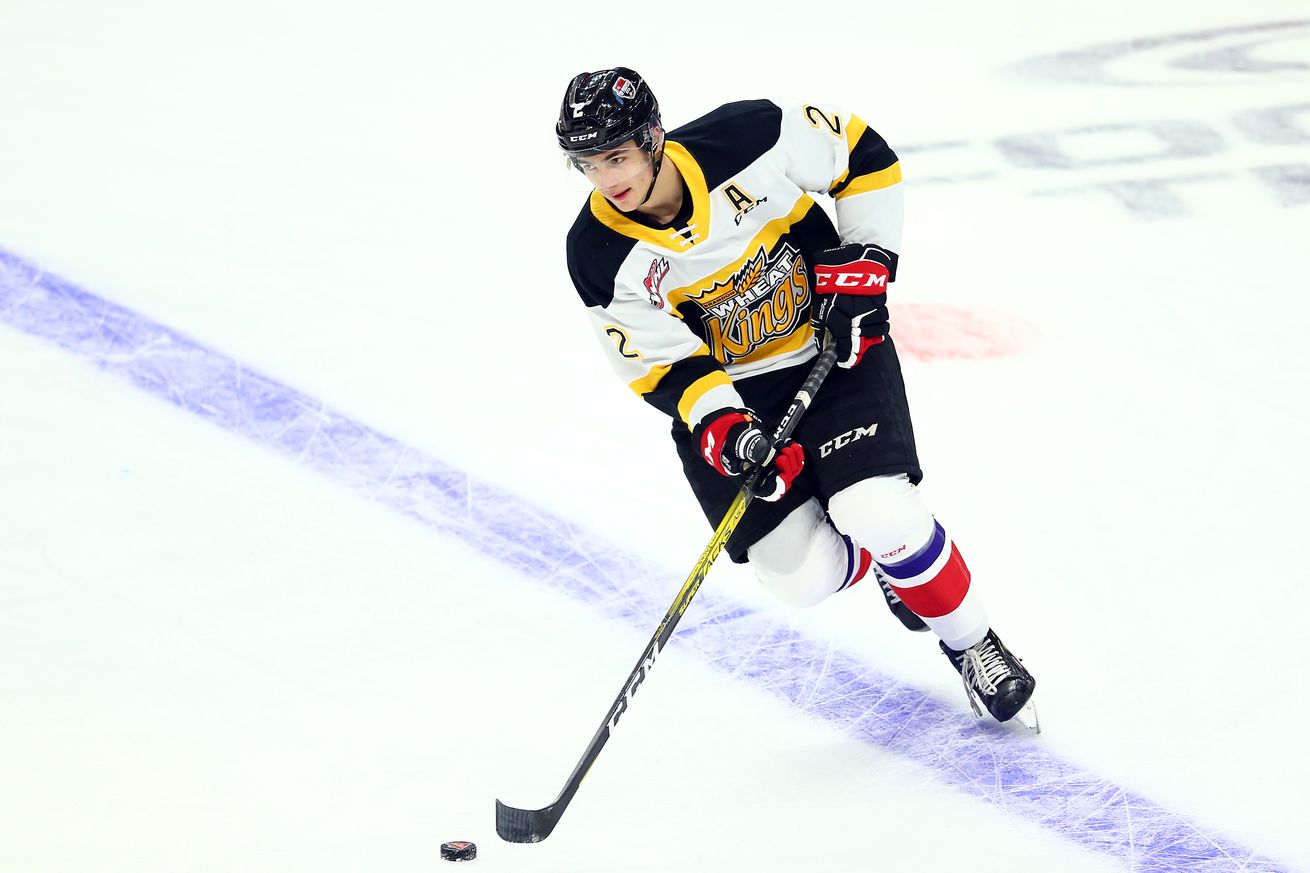 You know what would be fun? If the NHL Draft was held via email, quite like our SB Nation mock draft.

Watching the NHL Draft virtually is going to be different. The NFL gave us a taste already of what that will likely entail, but different nonetheless.

The Vegas Golden Knights will have the 29th selection in the first round, which takes place tonight. The irony of the number 29 throughout this week for the Golden Knights is hysterical.

“We’ve tried to keep our process similar to what it might be ordinarily as possible,” said Golden Knights general manager Kelly McCrimmon. “At this point, we’re extremely well prepared and excited for tomorrow’s first round and Wednesday’s conclusion.”

There’s a lot of forward depth in this class, as evidence of this mock draft, but surprisingly, if this were to come to fruition, the Golden Knights could go defenseman at this route with the 29th pick. Knights On Ice, on behalf of the Golden Knights, selects Braden Schneider from the Brandon Wheat Kings.

You hardly ever see the NHL Draft go by positional need. It’s always a best-player-available mentality. McCrimmon feels that to be the case in what is a deep draft class.

“Your first priority, always, is if that player is available when you’re picking, pick him. Don’t overthink it, select the best player,” he said.

Should that be the case when the Golden Knights are on the clock, they’ll have plenty of exciting talent to choose from. But if Schneider is available at 29, this could be the steal of the draft.

While defenseman might not be a strong need for the Golden Knights, they’ve certainly prioritized forward through three drafts. Of the 28 players taken in three years, only eight have added blue line reinforcements to the prospect pool, and one of them (Erik Brannstrom) is no longer on the roster.

Schneider is the No. 4 defenseman in North America according to NHL Central Scouting in a blue line class highlighted by Jamie Drysdale and Jake Sanderson, but might be the best defensive defenseman in this class with a sneaky scoring ability. His 42 points in 60 games led all defensemen on Brandon, and the 19-year-old’s 35 assists were second on the team.

Everything you read and watch on Schneider has the same result: he’s very sound defensively. You have to be at 6-foot-2 before smaller, quicker guys skate around you like a tree.

In his own zone, Schneider can throw his weight around willingly while effectively taking time and space away along the boards. His vision when the puck gets deep below the goal line. That sounds like the kind of defenseman Pete DeBoer could utilize, especially with how much he emphasizes clean breakouts. He uses that size to close up the middle of the ice and force skaters to the outside.

“He always keeps his feet moving to stay elusive in transition while making sharp and snappy passes to his teammates,” according to FC Hockey’s scouting report. “He is defensively stout and relies on his superior positioning, strength and stickwork to neutralize opponents. He has the combination of quickness and mobility to erase pass and skating lanes and goes for the body over the puck but also keeps an active and well-timed stick.”

What stood out most about Schneider was his willingness to jump in the rush. He had 15 goals the past two seasons; not all of them came with a big shot from the point. You’ll see evidence of that in the highlight video below. He might not pan out to be a Norris-type defenseman, but Schneider has the capabilities of being a top-four guy with a knack for penalty killing right away.

All of this sounds like a defenseman the Golden Knights drafted last year — 6-foot-2 right-shot Kaedan Korczak.

How to watch the first round