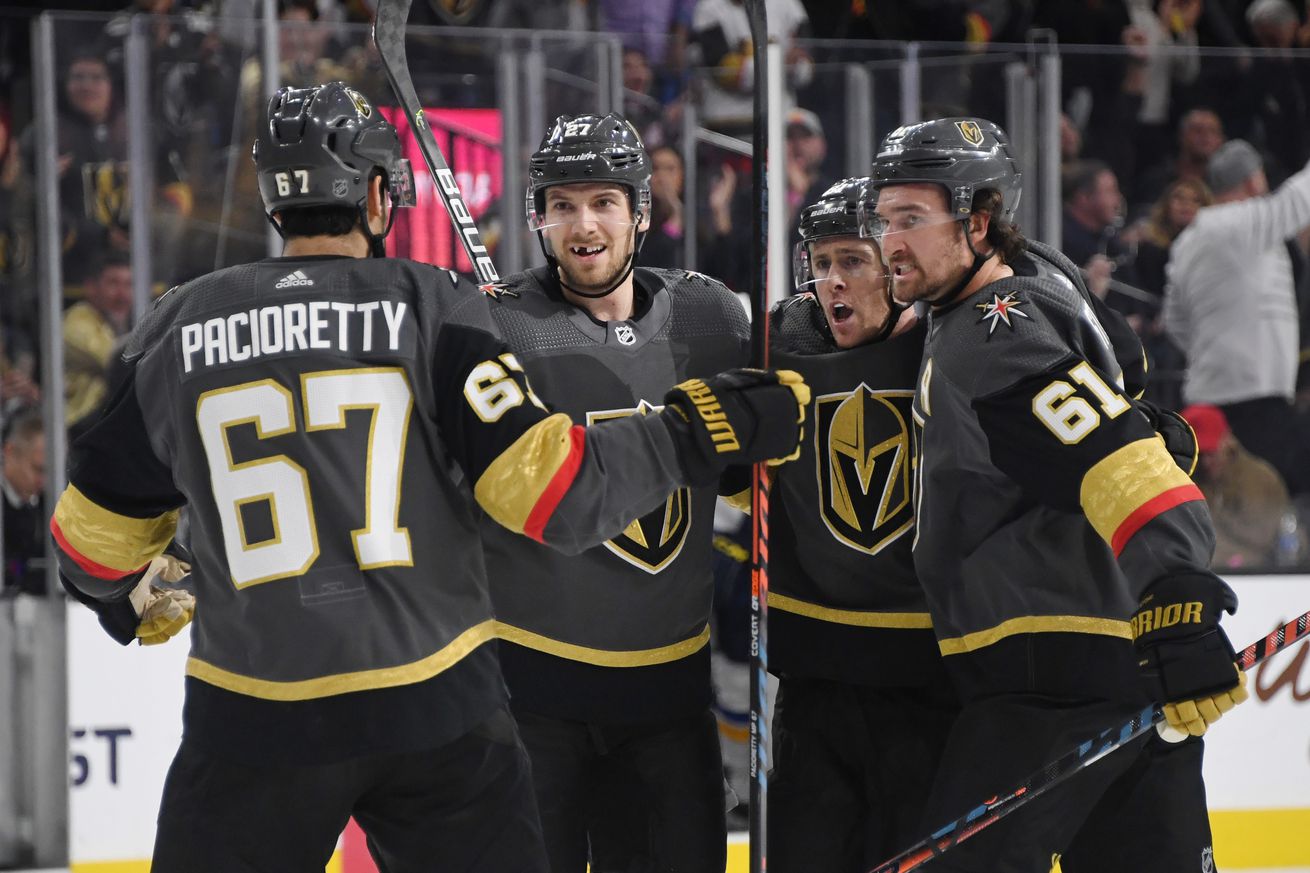 The No. 3 team in the West by percentage points, Vegas will play three warm-up games prior to the field of 16 being unveiled.

The Vegas Golden Knights will be playing for the Stanley Cup when the NHL resumes play. The only thing to worry about is who they’re playing and when.

NHL commissioner Gary Bettman confirmed Tuesday that the NHL, when on-ice action returns, will continue in the form of a 24-team playoff format. The top four teams from each conference will play each other to determine seeds 1-4 in the familiar round of 16.

The other 12 teams will play in best-of-5 series to determine who will advance to the conference quarterfinals.

“At the pause, we committed to resuming play only when appropriate and prudent,” Bettman said. “We are hopeful the Return To Play Plan will allow us to complete the season and award the Stanley Cup in a manner in which the health and safety of our players, on-ice officials, team staff and associated individuals involved are paramount. Accordingly, an essential component of the Plan is a rigorous, regular schedule of testing.”

The Golden Knights were third in points percentage in the Western Conference at the time of the season’s pause due to COVID-19 on March 12. Vegas will play the St. Louis Blues, Colorado Avalanche and Dallas Stars once each. The standings will be determined by points, and the games will play by regular season overtime rules should it get there. Bettman said if teams are tied at the conclusion of the three games, points percentage in the regular season will be the tiebreaker.

As for a definitive date on when the season will resume, Bettman did not commit to a specific timeline. Bettman said a formal training camp will take place but will not happen sooner than July 1. The NHL is likely taking the same approach with the NBA, as commissioner Adam Silver is hoping to get teams back on the hardwood at Disney World some time in July.

Bettman said the length of the conference quarterfinals and semifinals are to be determined; there’s a chance the first two rounds could be reduced to five-game sets with hopes of starting the 2020-21 season to where it can be played in full. That is Bettman’s hope even if the season starts in early January.

The NHL announced Phase 2 of Return to Play on Monday which hopes to be executed in early June. Players can enter facilities and groups no greater than six can take part in on-ice activities at a time.

Here are the teams and matchups that will take part in the 24-team bracket.