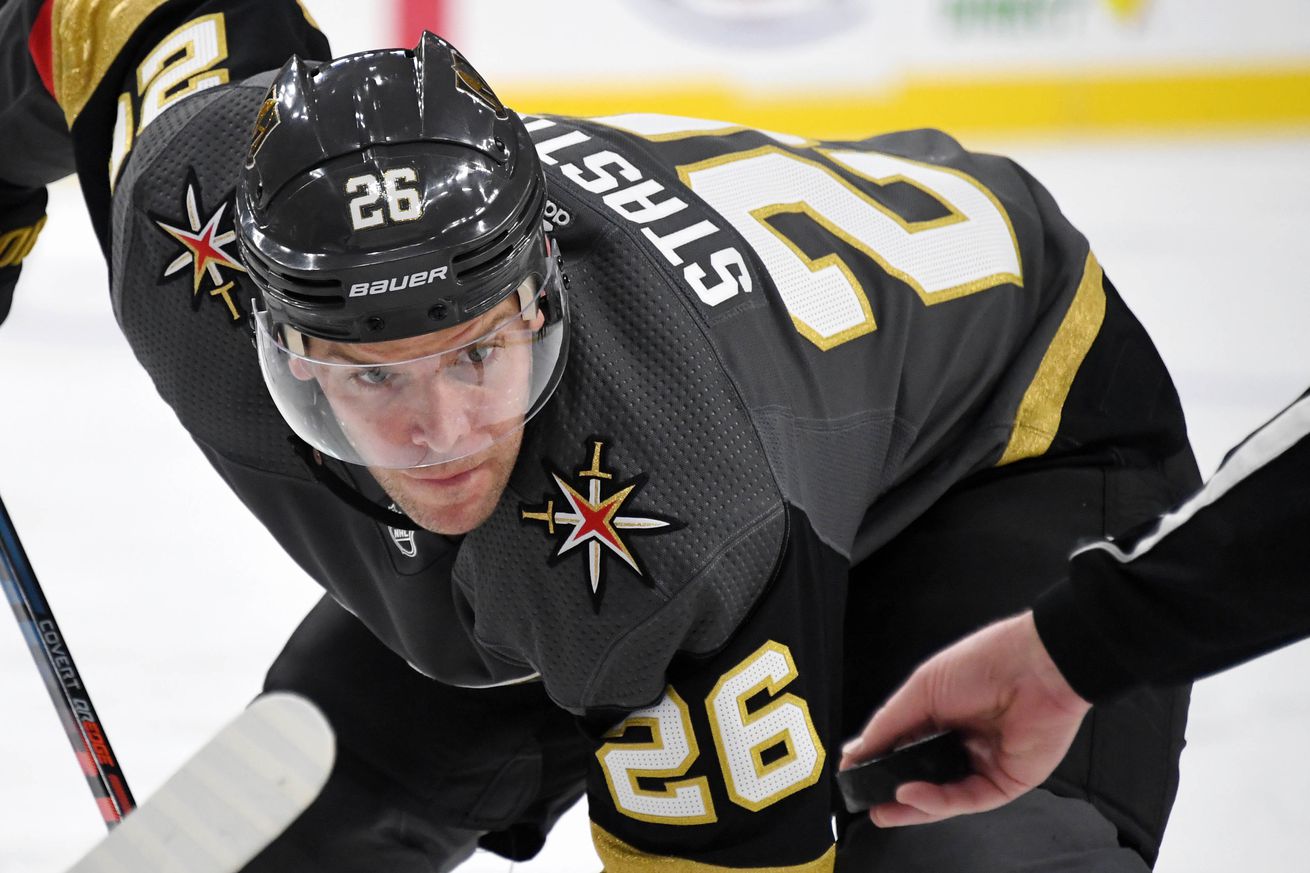 Free agency begins with Vegas moving on from its veteran center to create cap space.

In what could be the start of a monumental free agency period for the Vegas Golden Knights, the process has begun with the club trading veteran center Paul Stastny to the Winnipeg Jets on Friday.

The Golden Knights are sending Stastny, who has one year remaining of a three-year, $19.5 million contract he signed July 1, 2018, to Winnipeg for a fourth-round pick in 2022 and defenseman Carl Dahlstrom.

TSN was first to report the details.

Dahlstrom, 25, has one year remaining on a two-year, $1.7 million deal he signed with the Chicago Blackhawks in 2018. He was claimed by the Jets on waivers last October. recording one assist in 15 games. After making $850,000 this season, Dahlstrom is set to hit restricted free agency in 2021.

This move clears $6.5 million in cap space for the Golden Knights and brings them to $3.69 million below the salary cap, putting them in a position to make a run for free agent defenseman Alex Pietrangelo.

This will be Stastny’s second tour with Winnipeg. He played 19 games with the Jets as a trade deadline acquisition from the St. Louis Blues in 2018. Stastny was an integral part in Winnipeg reaching the Western Conference Final before ultimately losing to Vegas in five games.

Stastny had 80 points (30 goals, 50 assists) in 121 games with the Golden Knights. His best hockey with the club came in the 2019 Stanley Cup Playoffs centering a top line with Max Pacioretty and Mark Stone; Stastny had eight points in seven games.

The Golden Knights’ center depth takes an immediate hit by moving on from the 34-year-old Stastny. William Karlsson remains Vegas’ top centerman — now where Stastny used to be, between Pacioretty and Stone — but there is no surefire option beneath that. Vegas signed Chandler Stephenson to a four-year extension Saturday, but he might be best suited for a bottom-six role. Nicolas Roy is also a bottom-six option after signing a two-year extension during the NHL’s pause due to COVID-19.

If the Golden Knights were to move Stastny leading up to free agency, it would show where the organization stands on top prospect Cody Glass, according to sources. The hope is for Glass, who continues to make progress on rehabbing from a knee injury that ended his rookie season in February, to elevate to a top-six role next season.

The New York Post indicates this could also set up a possible return for Erik Haula to Vegas.

The salary cap is $81.5 million, and teams can go 10 percent over during the offseason to a upper limit of $89.65 million. If the Golden Knights are going to make a run for Pietrangelo, moving Stastny will not be the final move. Vegas still has a conundrum on trying to move Marc-Andre Fleury and the remaining two years and $14 million on his contract, now that Robin Lehner inked his five-year extension. Defenseman Nate Schmidt has come up in recent trade rumors, as has forward Jonathan Marchessault.

Nevertheless, this is one domino down in what could be many between now and who knows when for the Golden Knights.