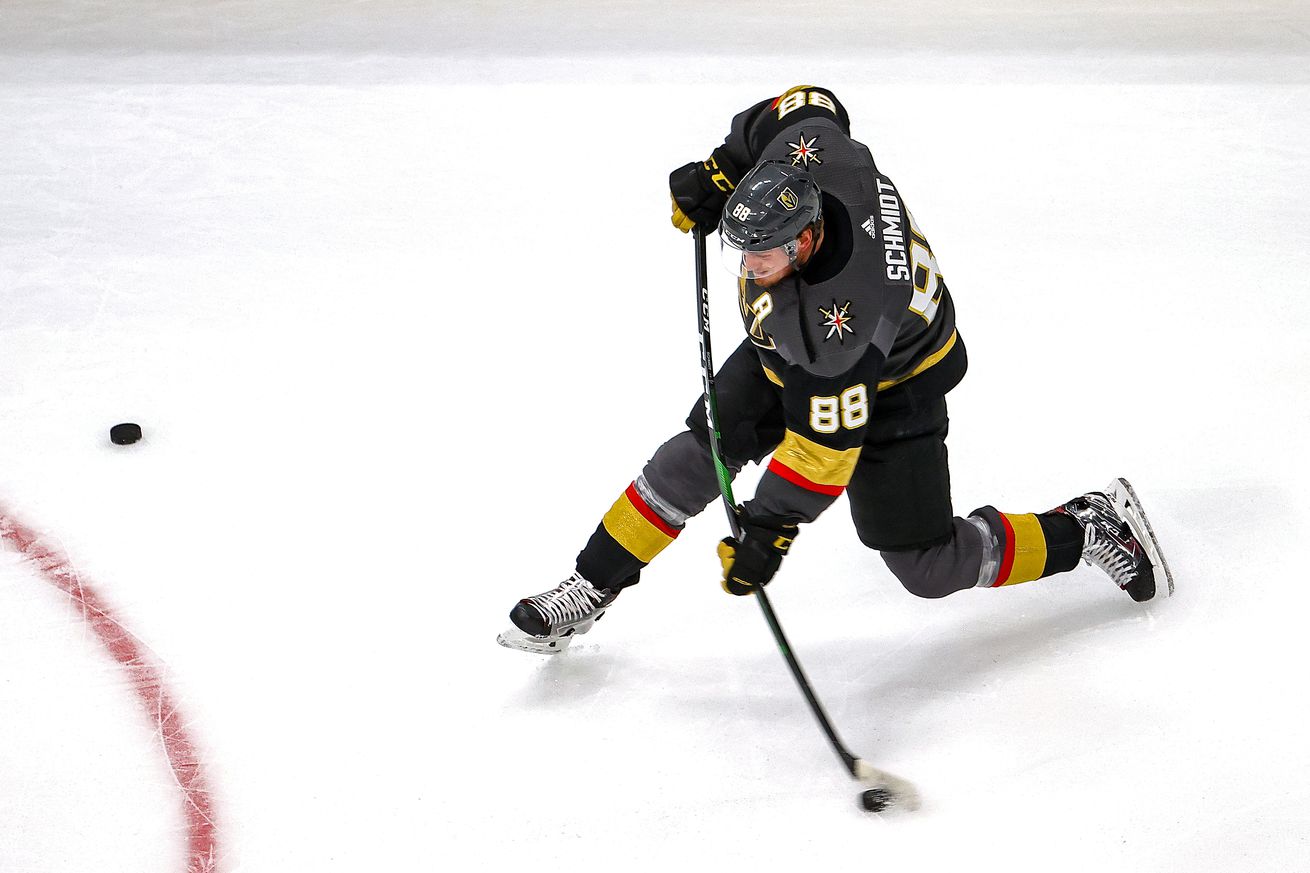 The cap-saving move comes moments after Vegas secured a deal with Alex Pietrangelo.

The Vegas Golden Knights have traded defenseman Nate Schmidt to the Vancouver Canucks for a third-round pick in the 2022 NHL Draft.

TSN’s Darren Dreger was the first to report the deal.

The move comes minutes after the Golden Knights reportedly agree to terms with star defenseman Alex Pietrangelo on a seven-year contract at $8.8 million AAV. The move comes as a complete salary dump to get Vegas closer to cap compliance.

Schmidt scored seven goals and 24 assists in 59 games in 2019-20. He scored an additional two goals and seven assists in 20 postseason games in the Golden Knights’ run to the Western Conference Final. Schmidt averaged 21:41 per game in the regular season and 23:03 in the playoffs.

Schmidt has 21 goals and 76 assists in 196 career games with the Golden Knights. He’s averaged 21:59 across three regular seasons and 23:34 in 47 postseason games scoring five goals and 15 assists.

Moving Schmidt opens $5.95 million for the Golden Knights in 2020-21 and for the proceeding four seasons. Schmidt will become an unrestricted free agent in 2025. Per CapFriendly, the Golden Knights are still a tad over $124,000 over the cap and will need to make another move prior to the start of next season.

With the move, Pietrangelo will slide to Schmidt’s role as a top-line defenseman. Schmidt had been paired with Brayden McNabb for the past three seasons, but with a hole