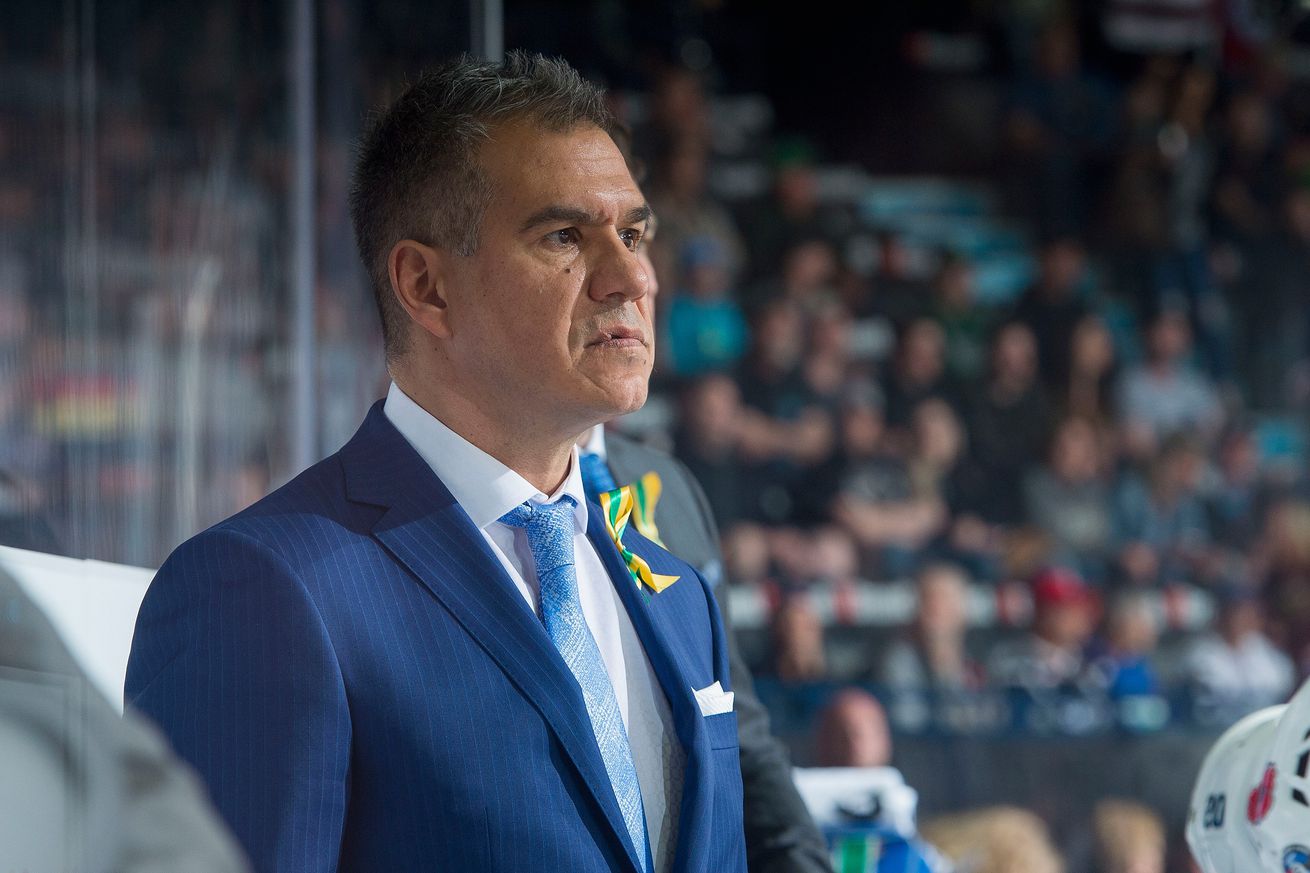 Viveiros comes to Henderson by way of Spokane of the WHL and a year with the Edmonton Oilers.

The Henderson Silver Knights have their man at the helm with Manny Viveiros being named the club’s first coach in history, Golden Knights general manager Kelly McCrimmon made official Monday.

Viveiros, 54, was coach of the Spokane Chiefs of the Western Hockey League last season. The Chiefs had the fourth-best mark in the league, going 41-18-4-1. His WHL experience also stems with the Swift Current Broncos in 2017-18, winning the Rogers WHL Championship and being named coach of the year.

“From our conversations that I’ve had, I’ve heard nothing but great things about the support for the SIlver Knights,” Viveiros said. “I’m really excited to have the opportunity to help the young players the Knights organization reach their goals of playing for the Knights in the National Hockey League.”

Prior to returning to the junior ranks with Spokane, Viveiros spent the 2018-19 season as an assistant with the Edmonton Oilers, the team that drafted him in the sixth round of the 1984 NHL Draft. Viveiros was an offensive defenseman in his playing days; he had 321 points (60 goals, 261 assists) with the Prince Albert Raiders.

McCrimmon, the owner of the Brandon Wheat Kings in the WHL and having been involved with the organization for over four decades, was familiar of Viveiros when he was with Prince Albert. Viveiros still holds the Prince Albert record in assists (93) and points (109) by a defenseman in a single season (1983-84). The Raiders won the Memorial Cup in 1985.

The Alberta native said the way he played and coaches emulates a lot of what the Golden Knights have done the past three years; defensemen jumping into the rush and contributing offensively.

“I believe that’s the way the game has to be played today,” Viveiros said. “That’s the style of game I’ve always enjoyed playing. The teams I’ve had have been fortunate that have had players that carry out those systems and tactics.

McCrimmon said that played a huge factor into hiring Viveiros.

“Teams are up tempo, they stretch the ice, they play fast,” McCrimmon said. “That’s how we want to play; that’s how the best teams in the NHL play. We want our American League team to play a similar style. It might not be identical each and every night, but in terms of the philosophies, the foundation, the systems, I expect they’ll be very similar.”

The Silver Knights will begin play as the Golden Knights’ AHL affiliate this season after the Chicago Wolves held that distinction for the past three seasons. Viveiros takes over for Rocky Thompson, who was not retained by the organization and took a job with the San Jose Sharks as an assistant coach.

Viveiros inherits a roster with plenty of players that fit his style at the blue line. Dylan Coghlan, Nicolas Hague and Jimmy Schuldt have the potential to become offensive contributiors at the blue line, while Cody Glass may start in the minors. Jack Dugan could also be available for Henderson at the start of its season, barring an impressive training camp.

“I’ve looked at what they’ve done over the last couple of years in Chicago and the kids that are returning. I’m really excited about it,” Viveiros said. “I think it’s an opportunity that this team can develop and also win at the same time, which I think is really important as far as development. Any time these kids have a chance to play some really meaningful games in the playoffs is going to help their career going forward.

The kids that Kelly and [president of hockey operations] George [McPhee] have drafted over the years are built to play the style the Vegas Golden Knights want to play. That’s the style I want to play, and I think it’s going to be a lot of fun.”