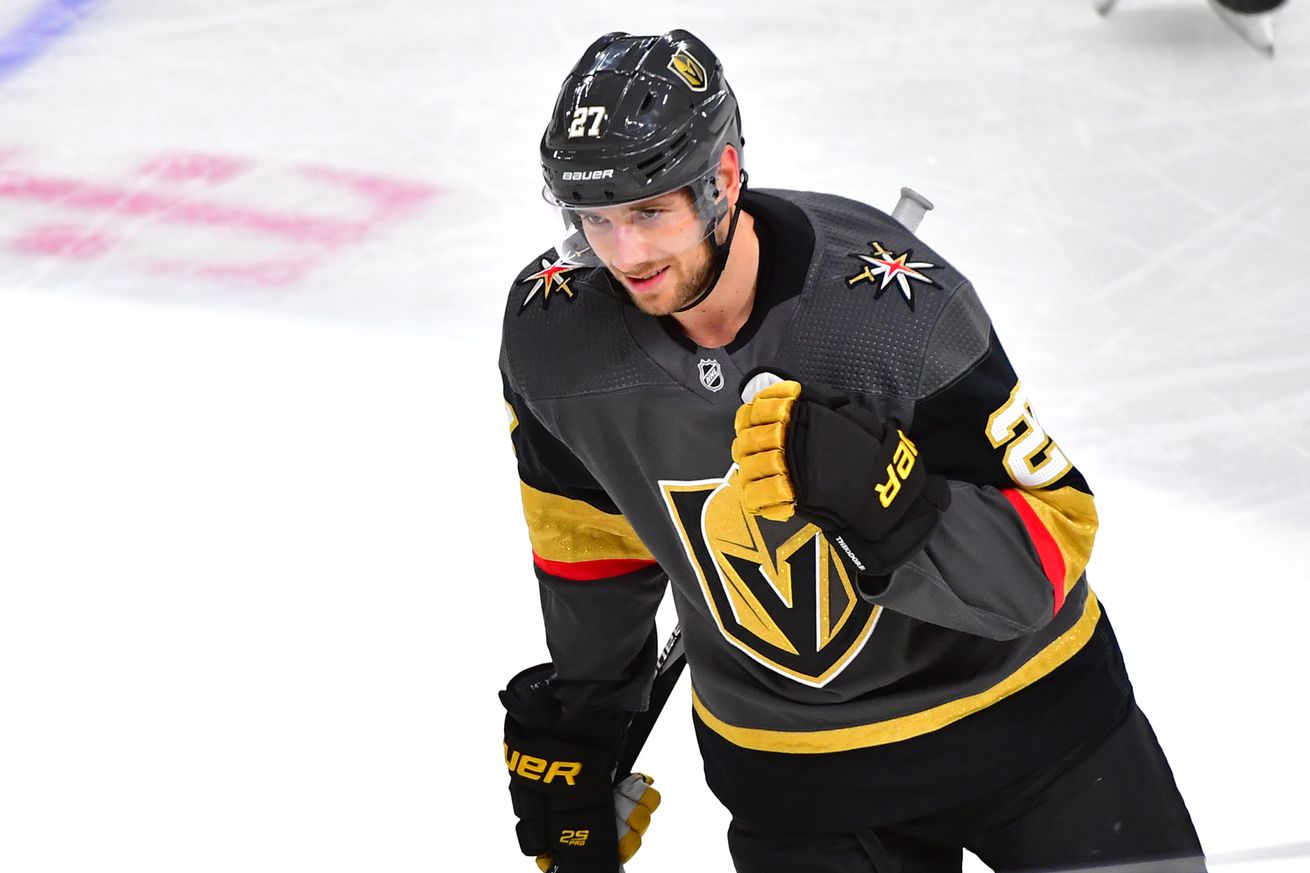 Start off your day with the latest news and notes from around the league.

The Vegas Golden Knights have made some big moves this offseason, but October wasn’t exactly a thrilling month for hockey, particularly compared to the usual excitement that comes with the start of a new season. November is not likely to be any better, especially since we won’t have the opportunity to admire Alex Tuch’s Movember ‘stache.

Much remains uncertain surrounding all aspects of the 2020-21 season, including the target start date. Bill Foley may have let the cat out of the bag about a potential all-Canadian division, but there are countless other details about the logistics of the upcoming campaign that have yet to be settled. Dates, divisions, travel, salaries and duration are just a few such issues that need resolving, but things could get even more complicated with the added variable of the 2021 Olympics.

In the meantime, let’s check in on some of the latest news in Vegas and around the NHL.

— Pete DeBoer is confident he’ll “be a better coach” next season after the bubble experience. [NHL]

News from around the league

— Speaking of coaches, the Dallas Stars finally got around to removing the “interim” tag from Rick Bowness’ job title. [CBC]

— He may have to start the season without one of his top players, though. [NHL]

— The Hockey Hall of Fame will not make any inductions in 2021 due to the COVID-19 pandemic. [ESPN]

— The summer of controversy continues for the Arizona Coyotes, who pulled a 180 regarding recent draft pick Mitchell Miller’s past involving assault, racism and bullying. [ESPN]

— The University of North Dakota has since revoked Miller’s spot on the team. [ESPN]

— Colin Wilson recently opened up about mental health and his battle with OCD. [Players’ Tribune]

— The NHL announced that allegations against Dale Tallon were not substantiated in a confidential investigation. [NHL Public Relations]

“It is with heavy hearts that we mourn the passing of Travis Roy,” @BUAthletics said in a statement. “His story is the epitome of inspiration and courage, and he was a role model and a hero to so many people. His legacy will last forever…” https://t.co/ow1DADKHFo