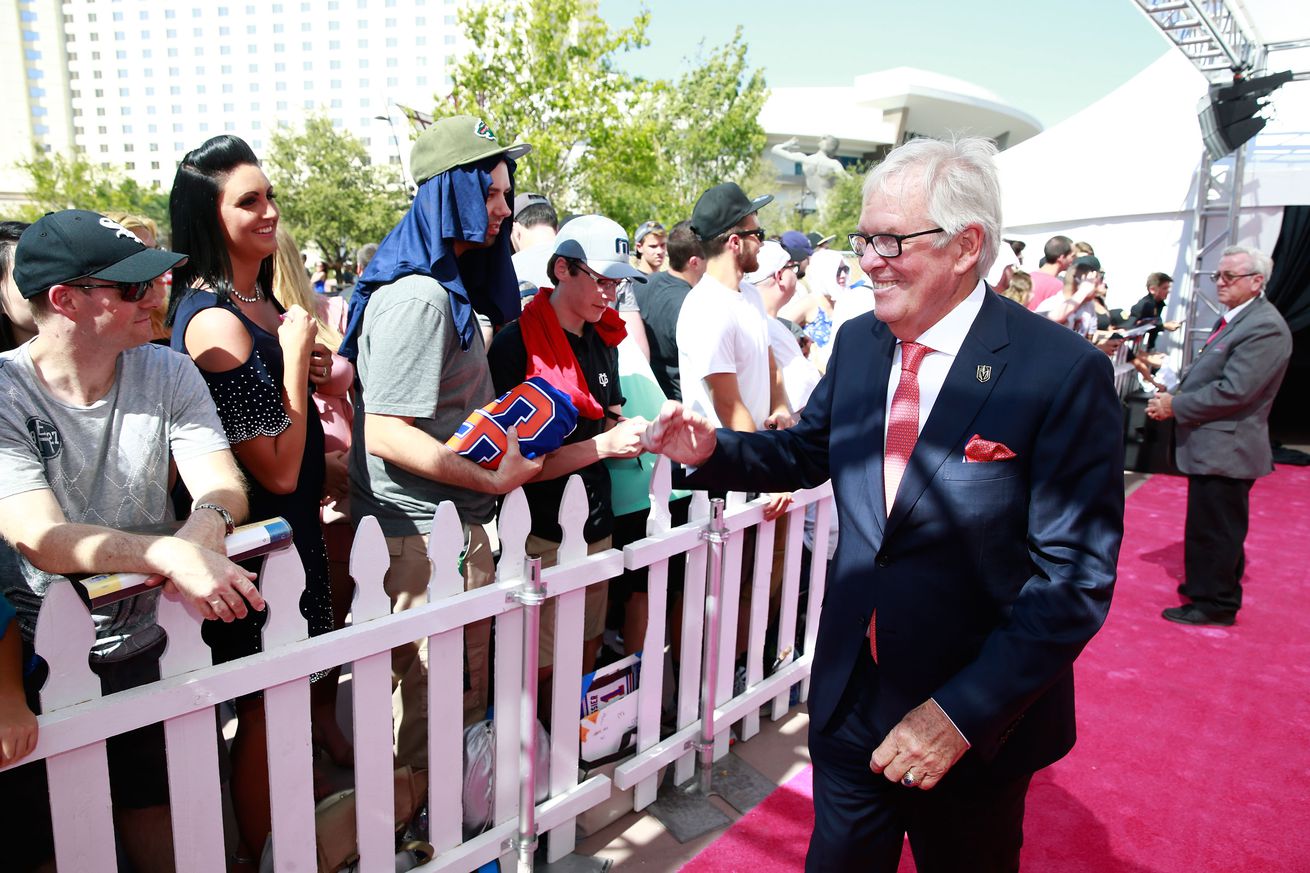 A near unanimous vote paves way for Henderson AHL to play in new events center at start of 2022-23 season.

The Henderson City Council approved $42 million in funding toward construction of the Henderson Events Center, which will ultimately be the home for the Vegas Golden Knights’ future American Hockey League affiliate.

The council voted 4-1 in favor at the city meeting Tuesday, agreeing to put 50 percent of the cost toward the arena with the Golden Knights matching the remainder $42 million. The events center will replace the Henderson Pavilion Center off Green Valley Parkway and Paseo Verde Parkway.

Construction is set to begin in August and expected to be ready before the 2022-23 season.

Councilman Dan Stewart was the lone vote to oppose. Stewart said that the Golden Knights are the right partner for this, but the location is not ideal and the time — due to the ongoing COVID-19 pandemic — is not right.

Golden Knights owner Bill Foley announced the intention for a permanent home for Henderson AHL during the State of the City address on Feb. 13. Formerly the San Antonio Rampage, Vegas’ AHL affiliate will play all home games at Orleans Arena during the 2020-21 season.

BREAKING NEWS: We are thrilled to share with you the vision the @GoldenKnights family has for the Henderson Pavilion! #HendersonSOTC #GoKnightsGo pic.twitter.com/ryAhai6UzV

Henderson AHL will practice at Lifeguard Arena, the newly-constructed practice facility on Water Street in Downtown Henderson. Team president Kerry Bubolz said it is expected to open in about five months — in time for the new hockey season to start should it start on time. Lifeguard Arena was tentatively scheduled to open in July.

The 6,000-seat arena has been met with opposition from city residents, some expressing disdain during Tuesday’s public comment. Per Chris Maathuis from KLAS, public comment lasted approximately 80 minutes with 40 opposed to 27 in favor. Opposition was met even prior to Tuesday’s meeting, with these signs shown in the parking lot of the Henderson Multigenerational Center, south of the Pavilion.

There appears to be a contingent of people who don’t like the idea of the future AHL arena taking over the Henderson Pavilion. #VegasBorn pic.twitter.com/M3isFbNdOH

Per the Golden Knights’ presentation, a survey said 71 percent of Henderson residents would be in favor of changes being made to the Pavilion site.

$80 million of the funds will go toward construction, while $4 million is dedicated to contingencies. The 20-year lease would ensure the City of Henderson owns the land and building throughout the lease and beyond.