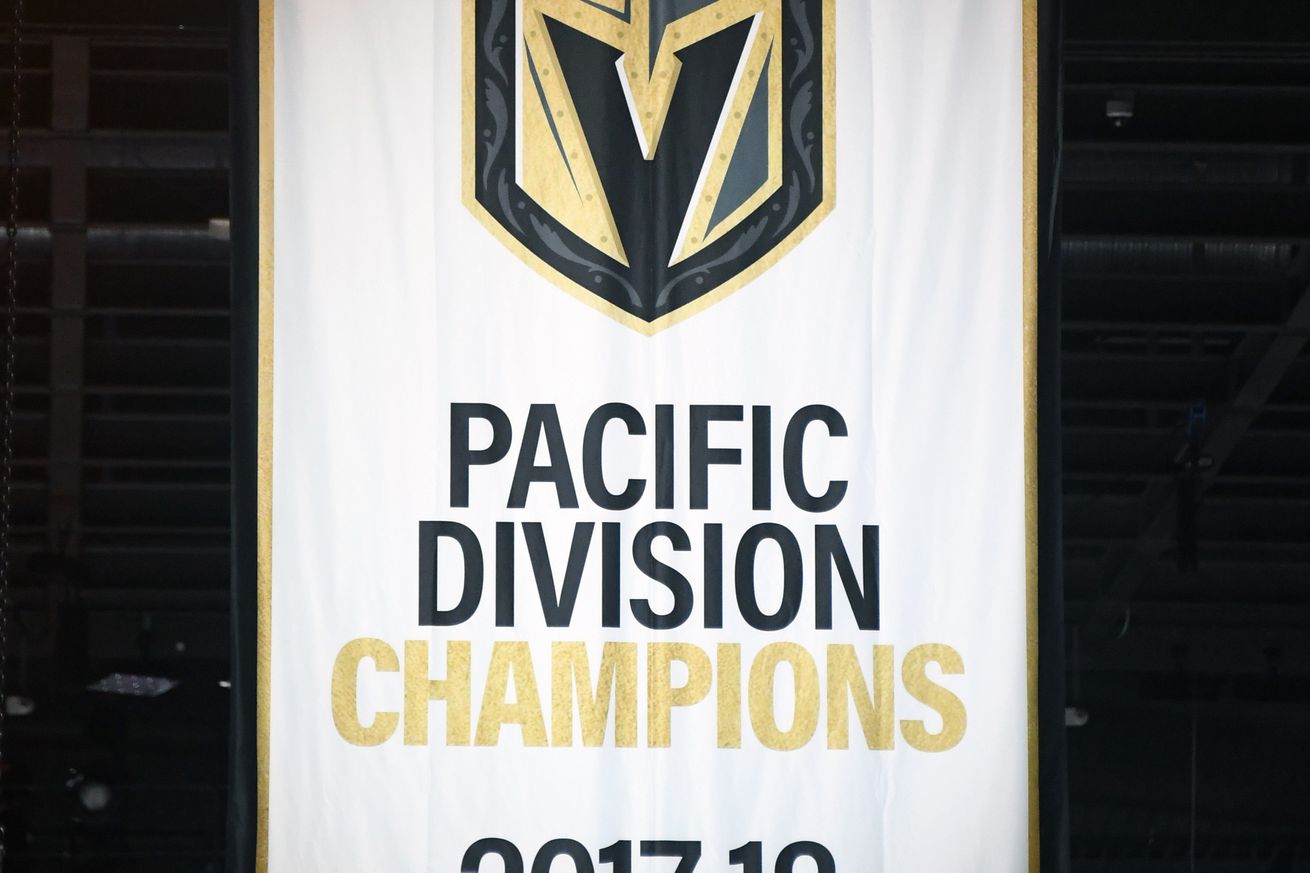 There wasn’t a between-the-legs goal from William Karlsson to pave way for the Vegas Golden Knights to clinch a Pacific Division title this time, but the record books will say the same.

While sharing the NHL’s vision for the league’s return-to-play gameplan, Commissioner Gary Bettman announced the official end of the 2019-20 regular season Tuesday with all standings and statistics to be kept in place as of the March 12 pause due to COVID-19.

As a result, the Golden Knights with 86 points have won their second division crown in their three-season history. Vegas’ .606 points percentage was good for third in the Western Conference, clinching a top-four spot in the 24-team Stanley Cup Playoff format that will hope to crown a champion in the coming months.

The Golden Knights’ final game before the pause was March 9, a 3-2 overtime win against the Edmonton Oilers. The Oilers, who are the No. 5 seed in the qualifying portion of the playoffs, finished second with 83 points.

That March 9 game is the difference between playing three warm-up games against the Blues, Avalanche and Stars, and facing Patrick Kane and the Chicago Blackhawks in the qualifying round. Had the Oilers defeated the Golden Knights in regulation, Edmonton would’ve claimed first place by way of the regulation wins tiebreaker. The Oilers would have been the No. 4 seed, while the Golden Knights would have fallen to No. 5.

So if you’re a fan of where Vegas is slotted, thank Jonathan Marchessault and Shea Theodore for their heroics that night.

Nevertheless, by hook or crook, the Golden Knights’ impeccable run since entering the NHL continues. Vegas will make its third consecutive playoff appearance after making the Stanley Cup Final in Year 1, followed by a stunning seven-game exit by the San Jose Sharks last season.

Year 3 is going to have one of those weird postseasons where somebody will try to place an asterisk when the Cup is rewarded, but the Golden Knights will enter play at 100 percent health with one of the best teams in the field of 16.

Collect your bets if someone told you the Golden Knights wouldn’t go 3-for-3 in making the playoffs.