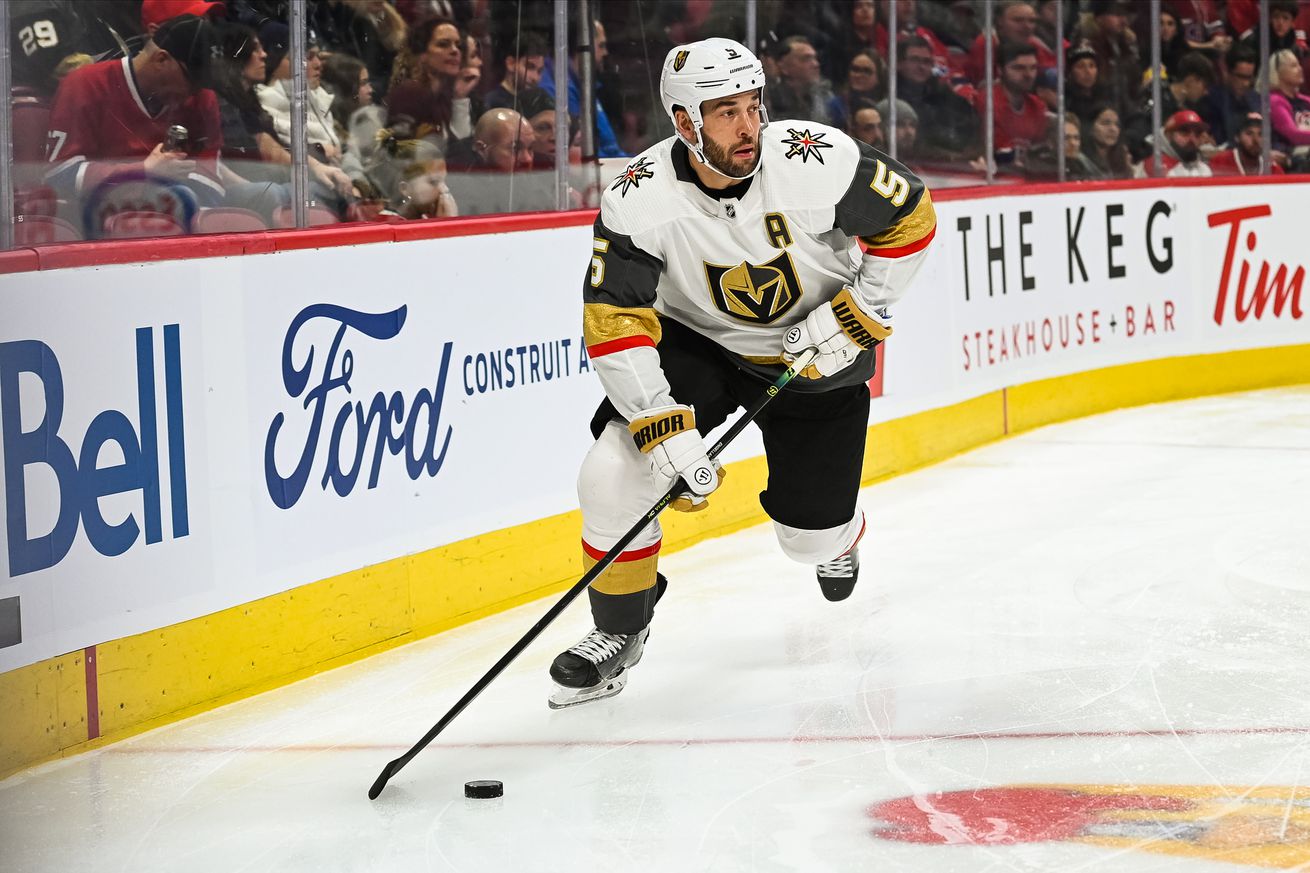 Vegas moves on from the veteran blueliner, who has been the heartbeat for the Vegas Strong movement since Day One.

Engelland, 38, is an unrestricted free agent that fell out of the Golden Knights’ blue line rotation in the second half of this past season.

“I spoke with Deryk some time ago, and I don’t think that’s going to happen with our team,” McCrimmon said. “Deryk and I had a great discussion on a number of topics and probably at this point, there isn’t going to be an opportunity to play this year.”

Engelland was a constant in the Golden Knights’ lineup for the past two-and-a-half seasons ever since he was taken in the expansion draft from the Calgary Flames in 2017. He scored an NHL career-high 23 points in Vegas’ inaugural season which earned him a one-year contract extension worth $1.5 million in 2018, and a $700,000 one-year deal the next year, but he only combined for 18 points in the next two seasons.

Engelland’s defense also took a hit as time wore on, and when coach Peter DeBoer assumed duties in January, he started the youth movement playing more of Zach Whitecloud and Nicolas Hague. Whitecloud became a full-time starter and Engelland never saw the ice in a game beyond Feb. 13.

But it’s not the on-ice production Engelland will be remembered for, although what he did in Year 1 should be commended on all fronts. Engelland became the unofficial ambassador for the Golden Knights in the midst of the Route 91 Festival shooting on Oct. 1 outside Mandalay Bay that killed 60 people, five days before the Golden Knights played their first ever game.

Nine days later, before the first home game in Golden Knights history, the team honored those killed and the first responders at the festival that night. Engelland gave an impassioned speech in front of the sold-out crowd at T-Mobile Arena, culminating with the everlasting words, “We are Vegas Strong.”

As for what comes next for Engelland, that’s unclear. He could very well play one more year for another club as a fringe sixth defenseman, likely seventh. If he doesn’t receive an offer, and if retirement is in the cards, Engelland could be given a role within the Golden Knights front office, or a coaching position with the Henderson Silver Knights.

McCrimmon approached Engelland at this year’s trade deadline to see if he’d want to finish out the season with a chance to play, but Engelland chose to stay in Vegas and mentor the younger players even through the Golden Knights’ stay in the Edmonton bubble.

If he decides to hang it up, Engelland will likely be a part of the Vegas organization beyond.