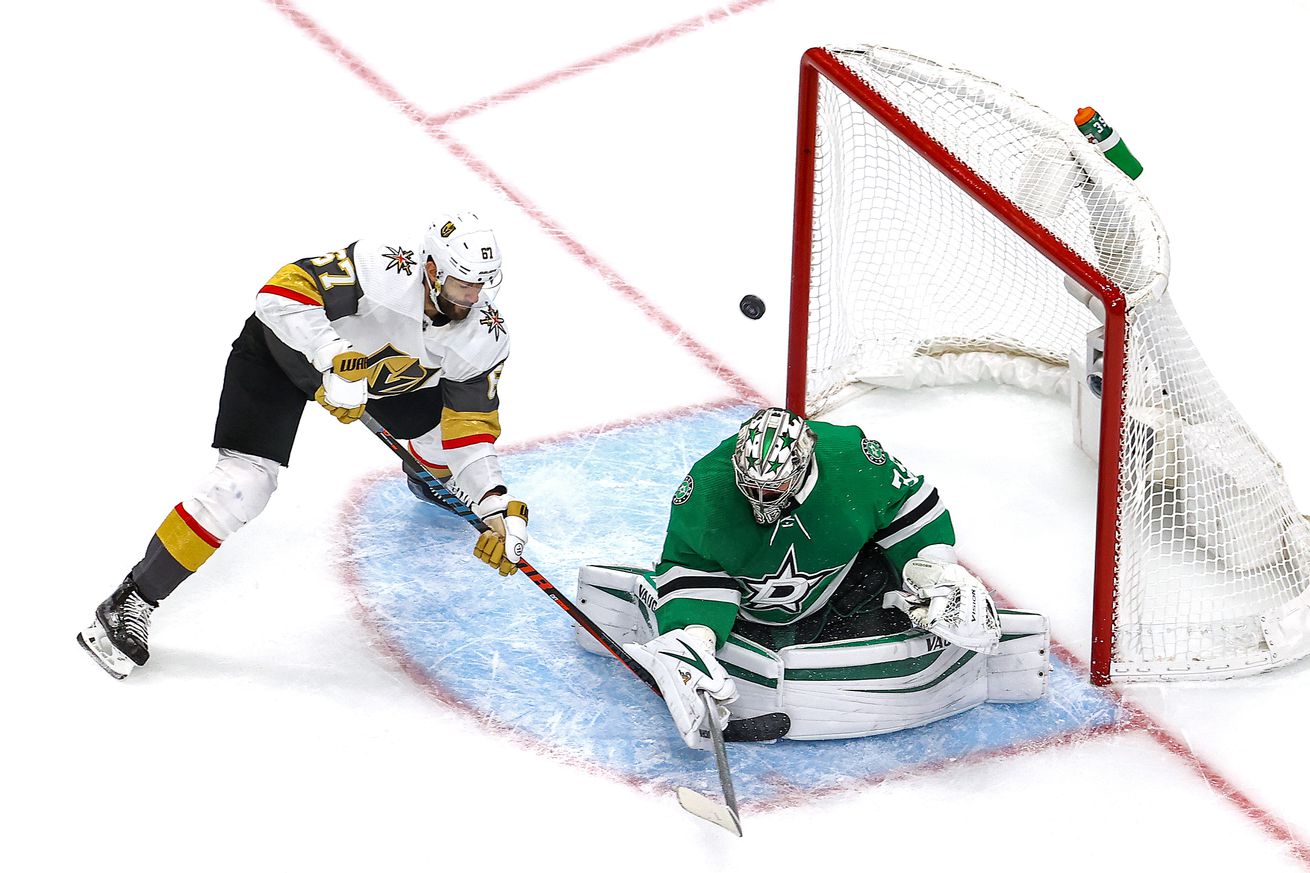 The Golden Knights find themselves in a must-win situation once again.

The Vegas Golden Knights are one loss away from being eliminated from the Stanley Cup Playoffs after the Dallas Stars pulled off a 2-1 win in Game 4 to take a 3-1 series lead.

With their backs against the wall, the Knights face a do-or-die situation for the second time this postseason. This one may be a little more ominous, though. In a Game 7, it’s win-or-go-home for both teams, but in this case, the Knights have all the pressure.

Dallas will be eager to try to finish up the series in five games, particularly after coming close to blowing a 3-1 series lead against Colorado in the second round.

But it’s up to the Knights to fight to extend their season. Pete DeBoer will need to make adjustments to get his team ready, but here’s what the Knights need to focus on to keep the playoff run alive.

That has been easier said than done.

In fact, the Knights have just six goals in four games against Dallas and just 10 goals in their last seven games going back to Games 5-7 against Vancouver. Of the four goals scored in the final three games of the second round, only two were scored on an actual goaltender (the other two were empty-net goals in Game 7).

In three out of four games in this series, the team that has scored first has won the game. The exception? Game 4. The Knights jumped out to a 1-0 lead at 7:44 of the second period with a goal from Alec Martinez but were unable to add to that later in the game.

Getting back to the goal-scoring (or lack thereof), it’s important to note that only one goal over the last two games was scored by a forward. Otherwise, it has been the defensemen (primarily Shea Theodore) who have accounted for the offense. The Knights got three goals from forwards in Game 2, and Mark Stone scored to even things up at 2-2 in Game 3, but otherwise the forward corps has been invisible.

Dallas is a strong defensive team, and goaltender Anton Khudobin has done an admirable job in the crease. But there’s no excuse for the Knights not being able to score on a goalie who routinely gave up 4-5 goals per game in round two, and it’s difficult to justify that Vegas’ top forwards can’t light the lamp a few times a night.

When they’re in sync, the Knights have one of the more lethal offenses in the league, it’s just been a while since we’ve seen it.

Tonight would be a good time for that to change.

This is nothing new, but the Knights would be better off sticking to a simple game plan tonight rather than over-complicating things, so that’s going to be the approach of this preview.

Just like with Thatcher Demko in the second round, the Knights need to set screens and look for tips in order to get pucks past Khudobin. Though Khudobin is beatable, he’s coming through and making saves on shots he can see, and the Knights aren’t forcing him to make sensational highlight-reel saves on every shift.

Since the Knights are struggling to score, they need to make adjustments.

The 5-foot-11 Khudobin is leaving the upper portion of the net open. The Knights need to get the puck there, even if it’s just to keep him honest.

Khudobin was extremely aggressive during Vegas’ 5-on-3 in the third period the other night. That presumably (a.k.a. definitely) left the backdoor completely exposed at various points, but Vegas didn’t take advantage of it.

Running up the shot count is nice, and the Knights have been excellent when it comes to possession, but Dallas certainly isn’t complaining about the results thus far. The Knights, meanwhile, are facing elimination. Getting pucks to the net is important, but it’s worth making a play or setting up from behind the goal line or creating moving screens or forcing rebounds down low; anything in order to increase the odds of getting a goal.

The tic-tac-toe play from Game 2 was a beauty, but that should not be the standard for tonight.

Bring on the grease.

Vegas’ penalty kill has been extraordinary going back to the Vancouver series.

Though the streak ended in Game 4, Vegas has killed eight out of nine penalties in this series against a top-notch Dallas power play.

While the Knights demonstrated great discipline early on in this series, some old habits starting creeping into their play the other night, and it proved costly.

Marchessault, in particular, has trouble limiting his retaliations, and that could get Vegas into trouble tonight.

It’s reasonable to take a few penalties in a hockey game, especially in a tightly-contested Western Conference Final battle. However, Vegas cannot afford to spend much time in the box. There have been some soft goals allowed in recent games, but that’s all the more reason why Vegas must not commit unnecessary offenses and give Dallas opportunities to secure its first Stanley Cup Final berth in 20 years.

*Questionable. Note: lines will be updated in the Gameday Thread.