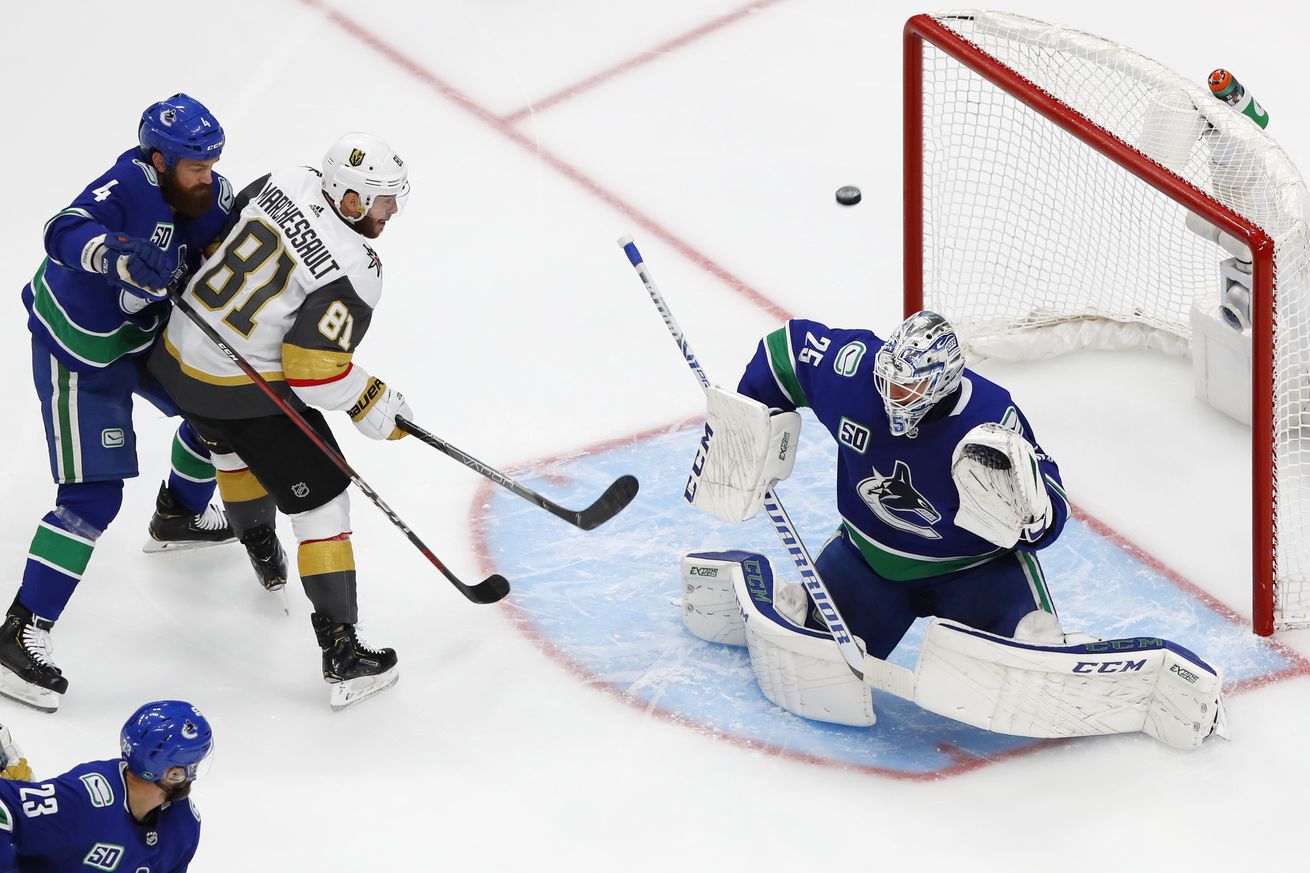 Tonight could be a key moment not only in this series but in Vegas’ playoff push.

Up 2-1 in the best-of-seven series against the Vancouver Canucks, the Vegas Golden Knights have a chance to take a 3-1 lead with a win tonight in Game 4.

However, the Knights know all too well that 3-1 series leads don’t mean much. That being said, statistically speaking, and given the amount of talent in this lineup, it certainly would give Vegas a head start on the road to four wins.

The Knights shut out Vancouver last night in a 3-0 win; it was the second time in this series that the Canucks were held off the scoresheet, with Robin Lehner getting both shutouts in the span of six days.

It remains to be seen if Lehner will get the call for the second night in a row or if Marc-Andre Fleury will man the crease for Vegas for the second time in the playoffs.

Either way, the Knights will have to come out laser-focused.

Vegas demonstrated surprisingly consistent discipline for most of the postseason, including in Game 1 of this series. But that has gone out the window over the last two games.

In fact, Vancouver has had five power plays in back-to-back games.

Fortunately for Vegas, the penalty kill has operated at a 90 percent success rate, but there are only so many chances the Knights can give this Canucks team.

Vancouver had a top-four power play in the regular season and the sixth-best rate in the postseason prior to this series. Vegas is playing with fire by taking so many careless penalties and giving the Canucks’ star players so many chances to take back this series.

The Knights had a brutal start to the game back in Game 2, giving up a goal just 1:29 into the first period. Things could have gone in a similar direction last night if not for the stellar play of Lehner.

The first period was a back-and-forth track meet, and while the Knights came out on top on the scoresheet, that wasn’t the case as far as scoring chances and possession.

Vegas is 5-0 when scoring first and 1-2 when giving up the first goal so far in the first two rounds of the playoffs. A convincing start will be crucial in tonight’s tilt.

Game 3 took a drastic turn in the second period when the Knights slowed down the pace of the game. They need to do the same thing once again tonight (as they did in Game 1), but it has to be for 60 minutes.

Vancouver was held to just seven shots, and the offense looked out of sync after a fantastic start to the game.

Taking Vancouver’s speed game out of the equation, or at least limiting it the way they did starting in the second period last night, will go a long way towards Vegas picking up consecutive wins. Vegas’ combination of speed and physicality is a lot for teams to handle; the Knights need to do their best to overwhelm the Canucks early and often.

Vancouver bounced back from a tough Game 1 loss against Minnesota in the qualifying round, winning three straight to close out the series. After losing Games 3 and 4 to St. Louis, the Canucks went on to win Games 5 and 6 to eliminate the reigning champs. No matter what happens tonight, this series is far from over, but that doesn’t make tonight’s game any less significant.