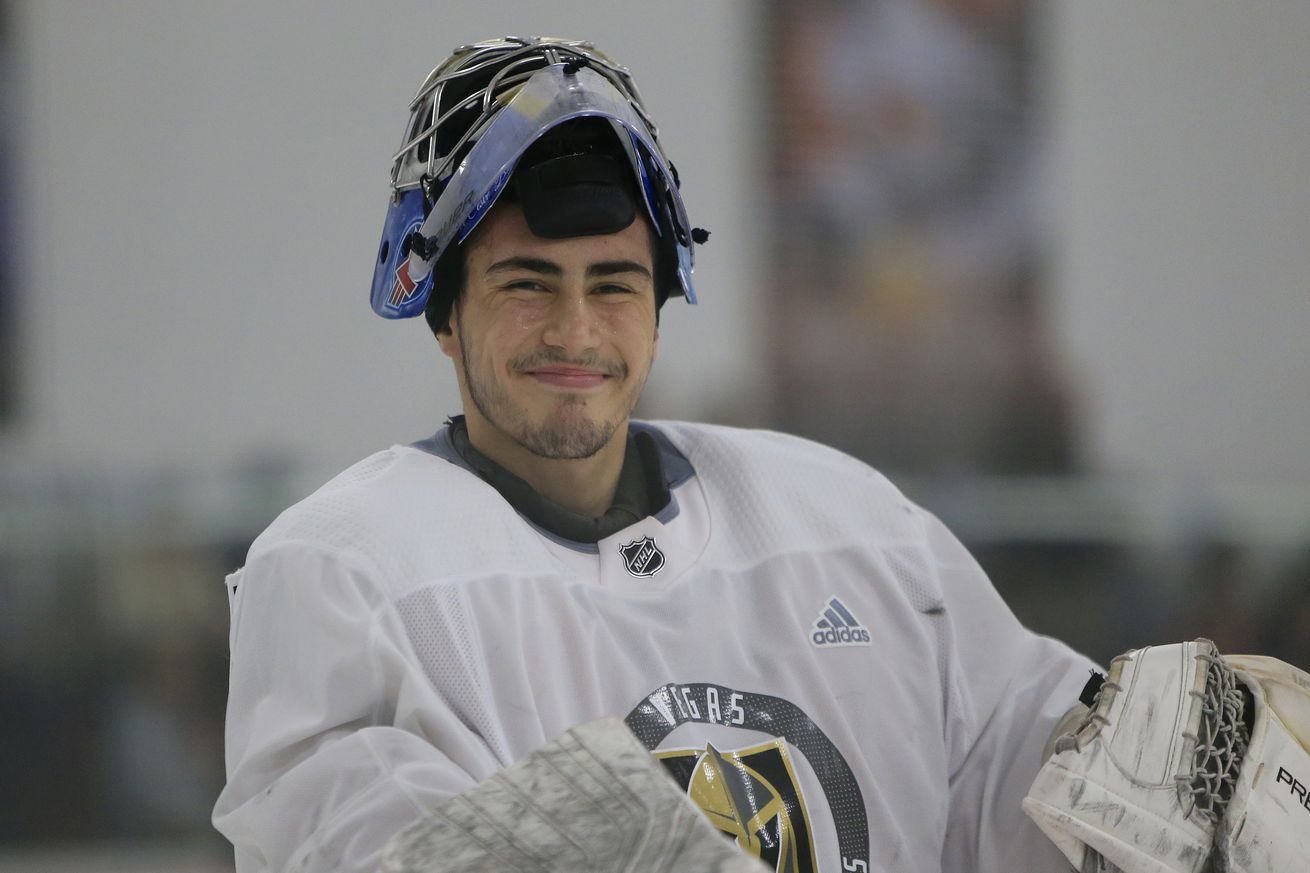 Patera is developing into a fine netminder in Vegas’ farm system.

The 21-year-old Czech native was a sixth-round pick (No. 161) by the Golden Knights in the 2017 NHL Draft. Patera has played the past two seasons with the Brandon Wheat Kings of the Western Hockey League.

Patera has developed into a worthwhile prospect in the Golden Knights’ farm system. He was the WHL’s Eastern Conference Goaltender of the Year after posting a 2.55 goals-against average and .921 save percentage in 41 appearances for Brandon.

The signing of Patera gives the Golden Knights, for the moment, three goalies available for the Henderson Silver Knights next season. Oscar Dansk, who signed a one-year extension with Vegas earlier this month, and Dylan Ferguson are the lone netminders signed beyond this season. Garret Sparks will be an unrestricted free agent when the season comes to a full conclusion, and the status of Robin Lehner’s future puts the prospect of AHL Henderson’s starter next season up in the air.

Depending on how this situation shakes up, Patera will be in play for an important role in the Golden Knights organization one way or another.