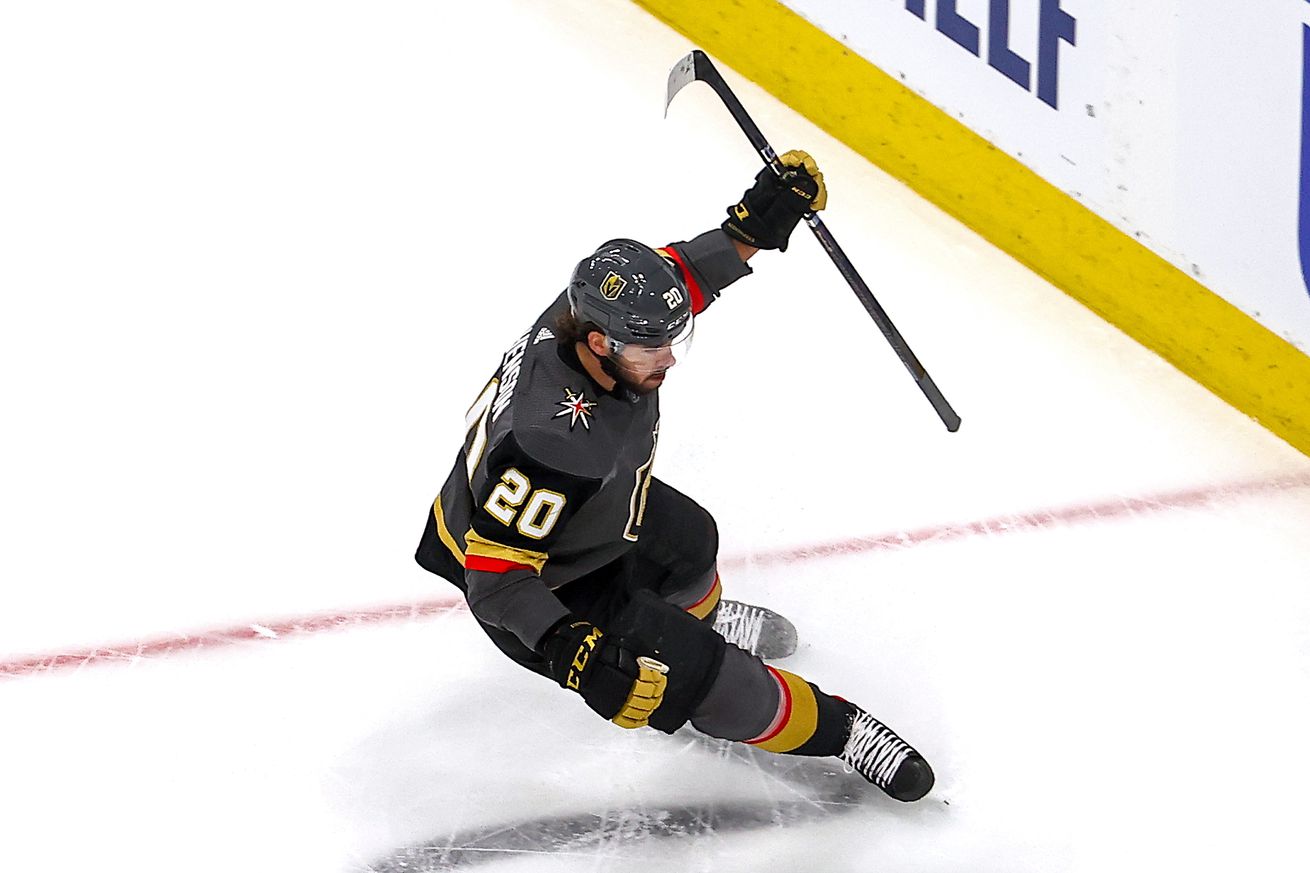 After a strong stint since being acquired in December, Vegas locks up its versatile bottom-six forward.

An important week for the Vegas Golden Knights is well underway, and they’ve taken care of one important free agent move by signing forward Chandler Stephenson to a four-year contract extension.

Elliotte Friedman was the first to report the signing, which is for $11 million ($2.75 million AAV).

The Golden Knights acquired Stephenson in a trade with the Washington Capitals on Dec. 2 for a fifth-round pick in the 2021 NHL Draft. Prior to arriving in Vegas, Stephenson totaled 33 points in 145 games with the Capitals, who drafted him in the third round in 2012.

Stephenson’s potential unlocked with the Golden Knights, scoring 22 points in 41 games and scoring an NHL career-high 26 points this season. Stephenson was utilized on all lines, ranging from top-line center inbetween Max Pacioretty and Mark Stone, to fourth-line stopgap with Ryan Reaves and William Carrier.

The 26-year-old forward from Saskatoon found a home on the third line during the Stanley Cup Playoffs with Nicolas Roy, Nick Cousins and Alex Tuch.

During NHL Network’s coverage of the NHL Draft, Friedman said the Golden Knights are the busiest team out of those trying to clear cap space, primarily before Friday’s free agency window when they can pursue the likes of Alex Pietrangelo or Torey Krug.

Stephenson’s deal pushes the Golden Knights to $2.089 million over the $81.5 million salary cap line. Teams can go 10 percent over the cap during the offseason. The Golden Knights will actively try to get below that number before Friday with hopes of trying to move Marc-Andre Fleury’s contract, as well as the likes of Paul Stastny, Nate Schmidt and Jonathan Marchessault.

Stephenson went quiet during the playoffs with five points in 20 games, but he’s a versatile, fast player that can play center or wing and be reliable on the penalty kill. The AAV might be a tad high, but it doesn’t kill Vegas’ cap going forward.