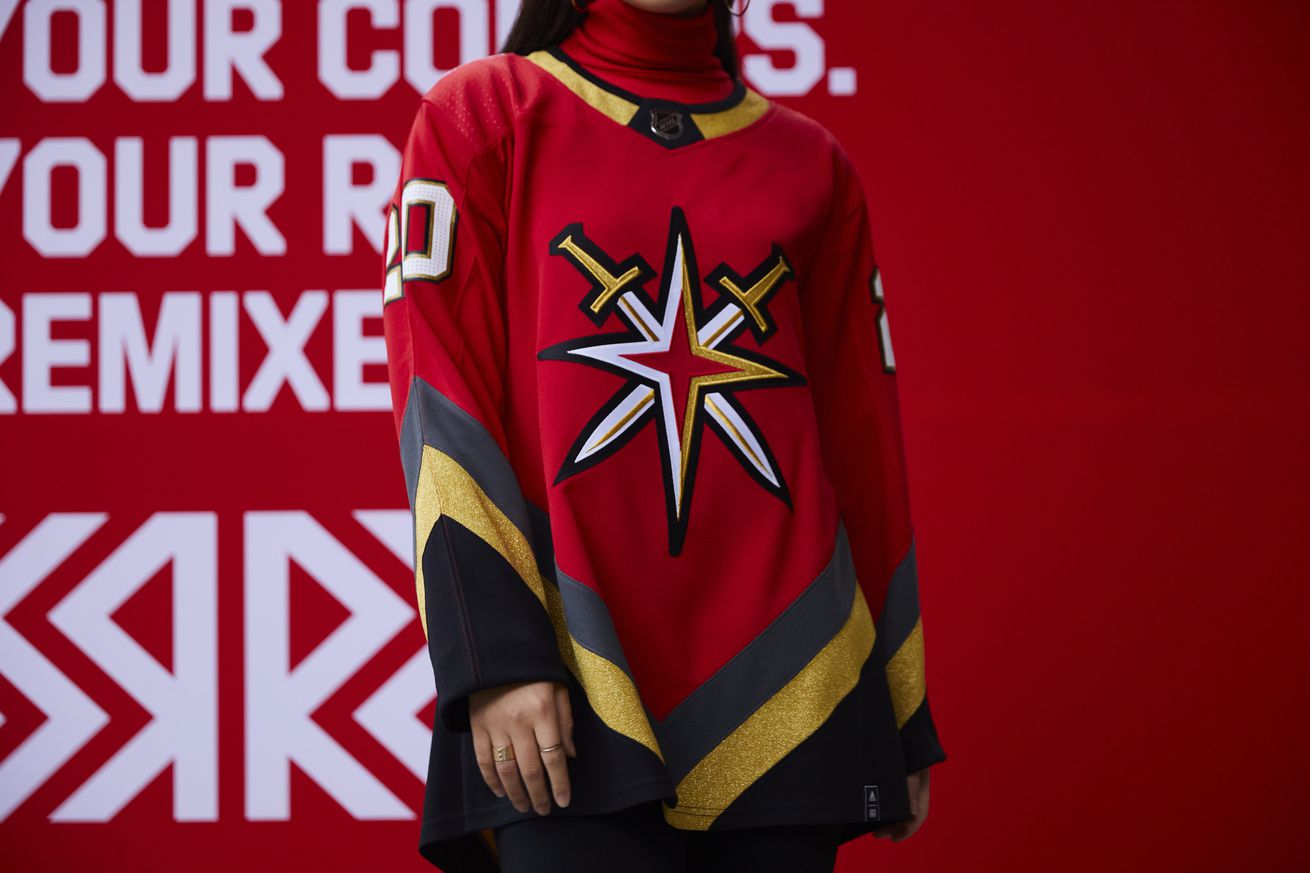 Vegas gives a nod to the hockey organizations that came before them.

The running joke has been, ‘how does a 3-year-old franchise already have a retro jersey?’

A look into the history of hockey in Las Vegas, and the homage the Vegas Golden Knights pay to their frozen biscuit brethren of yesteryear shows is in the details.

The NHL, partnered with adidas, unveiled Reverse Retro sweaters for all 31 teams on Monday. That included the Golden Knights exhibiting their first red sweaters, highlighted by the alternate sword logo stitched on the front.

“Hockey fans love retro jerseys and Reverse Retro is a great opportunity for adidas to work closely with the NHL and all 31 teams to bring back a design from a meaningful point in team history with a unique twist,” said Dan Near, the senior director at adidas Hockey. “Our goal from day one has been to work with the NHL and all of the teams to bring creativity, innovation, and energy to the sport with all that we do.”

Jersey talk has been the highlight in VGK land for the past month-and-a-half with the release of Vegas’ alternate gold sweaters, as well as the Henderson Silver Knights’ inaugural sweaters that will be worn whenever the AHL season begins.

But the Reverse Retro threads have been in the works, and teased, for a while, with red being the focal point for Vegas’ now-fourth sweater for a while.

The red pays homage to the Las Vegas Wranglers, the competitive ECHL team that played at Orleans Arena from 2003-14. The Wranglers won two conference championships and were the east coast affiliate of the Calgary Flames for six seasons (2003-09) and the Phoenix Coyotes (2009-11).

In addition to the eye-popping red, a striped ‘V’ across the waist and side is a tribute to the Las Vegas Thunder, the city’s introduction to hockey via the International Hockey League from 1993-99. If you ever wondered what hockey would’ve looked like at Thomas & Mack Center, just Google what those shenanigans looked like.

The ‘95 on the neck celebrates the Thunder’s best season, a 122-point campaign that ended in the conference final to the Utah Grizzlies.

The jersey will be added to the regular rotation of Vegas’ collection and will be worn periodically throughout next season, which is expected to start Jan. 1.

There’s nothing wrong with these red sweaters. Everything about them — from the fact that they’re red, to paying tribute to the past (which, I get, is the concept of this) — is spectacular. They’re going to look great on the ice, and they’ll definitely be a hit with fans whenever they’re allowed back in the stands at T-Mobile Arena.