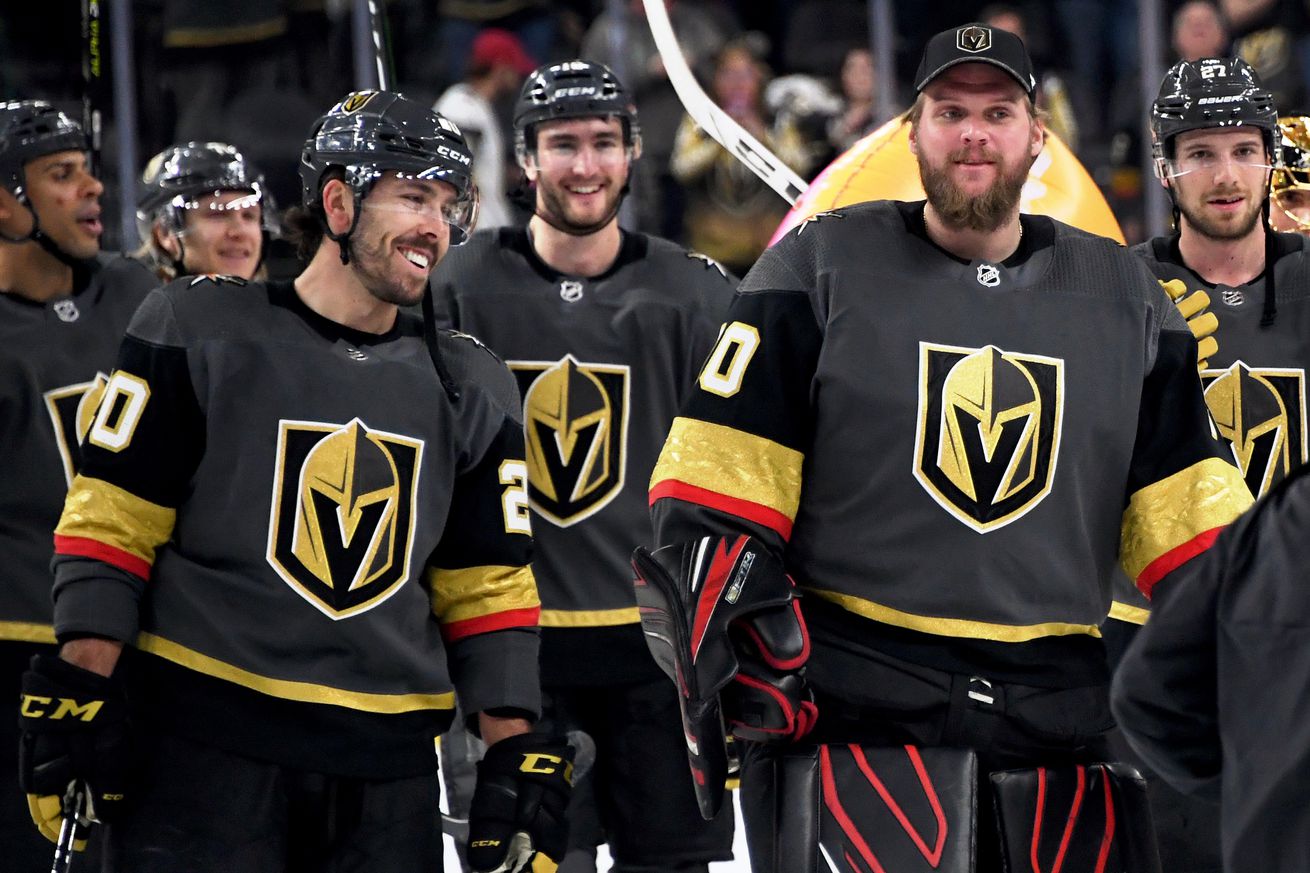 Vegas isn’t in bad shape like last summer, but it won’t be as easy to operate this upcoming offseason.

What’s becoming clear as the NHL’s return to play plan continues to unfold is that time will be of the essence.

Once the puck drops for the Stanley Cup qualifying round Aug. 1, it will be the start of a rapid chain reaction of events.

TSN’s Frank Seravalli reported Wednesday that the latest date the season can end, barring more stoppages due to COVID-19, is Oct. 2. Four days later would be the NHL Draft, and Oct. 9 would see the beginning of free agency.

So, let’s say the Vegas Golden Knights go on such a run that ends with them hoisting the Stanley Cup exactly one year from when the 2019-20 season started. The turnaround from clearing champagne from the eyes to figuring out what next season’s roster will look like is going to be lightning quick.

Especially if the NHL wants to get the 2020-21 season underway as early as Dec. 1, there won’t be a lot of celebrating for a team like the Golden Knights. The salary cap is expected to stay at a flat $81.5 million for the next three seasons, according to Elliotte Friedman.

The Golden Knights have some decisions to make, and the drafting of those strategies had to begin yesterday.

The highlight on that marquee is Robin Lehner, the goaltender Vegas acquired at this past February’s trade deadline. Lehner was fantastic as the complement to Marc-Andre Fleury before the season’s pause (3-0-0, .940 save percentage, 1.67 goals-against average and one shutout). He’ll be one of, if not the top goalie on the unrestricted free agent market once business opens. Not only could Lehner command north of $6 million per year, term will be paramount. Vegas is Lehner’s fourth team since the 2017-18 season (Buffalo Sabres, New York Islanders, Chicago Blackhawks).

The Golden Knights are projected to have $6.73 million in cap space dedicated to 11 forwards, six defensemen and one goalie. Chandler Stephenson is due a raise after a career-best 26 points (11 goals, 15 assists) this season; the forward had 22 of those points in 41 games with Vegas after being acquired in a trade with the Capitals on Dec. 2. He is a restricted free agent, as is fellow trade acquisition Nick Cousins, acquired from the Montreal Canadiens at the deadline, making $1 million this year.

That leaves Tomas Nosek likely on his way out. The fourth-line staple and reliable penalty killer has been a cheap option since Vegas selected him in the expansion draft from Detroit, but with Cody Glass’ ascension to the big club and prospects like Jack Dugan and Lucas Elvenes likely getting a look, Nosek’s time might be up.

Defensively, the Golden Knights have their six — Nate Schmidt, Shea Theodore, Brayden McNabb, Alec Martinez, Nick Holden and Whitecloud. The seventh defenseman spot likely won’t be filled by 38-year-old Deryk Engelland, who will become a UFA once again this fall. Nicolas Hague will likely battle with Holden for that final spot, and the competition could feature young blueliners Jimmy Schuldt and Dylan Coghlan. You also can’t forget Jake Bischoff’s place as a formidable stopgap.

That leads to goaltending, where outside of Fleury, there’s no proven NHL-caliber player. Oscar Dansk signed a one-year extension to remain with the organization, likely to be the starter for the Henderson Silver Knights. Dylan Ferguson and Jiri Patera will compete for a worthwhile spot on AHL Henderson, but neither might be ready for a major role. Ferguson went 2-0 in two starts with the Chicago Wolves but struggled heavily with Fort Wayne of the ECHL (3.87 GAA, .869 save percentage). Patera, a former sixth-round pick from Vegas, just signed his entry-level contract last week and is climbing the ranks as the top goalie prospect in the organization, yet is likely a few years out.

As farfetched as it might be, re-signing Lehner shouldn’t be ruled out. The Golden Knights would have to move one of their big contracts to make room (Paul Stastny, maybe Alex Tuch), but it’s not unfathomable given the congestion at forward. Not saying this has any traction, but it’s a thought that has not left this site the moment Lehner came to Vegas. No, it doesn’t make sense to commit almost one-fifth of your cap to goaltending, but we live in a world where lunacy is the norm right now.

Two potential names to watch for should Lehner not return: Jacob Markstrom and Anton Khudobin, with the Dallas Stars’ goalie the more affordable option.

This time last year, the Golden Knights were having to move away from notable names like Erik Haula and Colin Miller just to clear cap space. The decisions to become cap-strapped kept them away from holding on to Nikita Gusev.

Vegas isn’t in cap purgatory anymore, but the classic game of “who stays, who goes” rears its ugly head. And should a deep playoff run be in the cards, there won’t be a lot of time to figure that out.