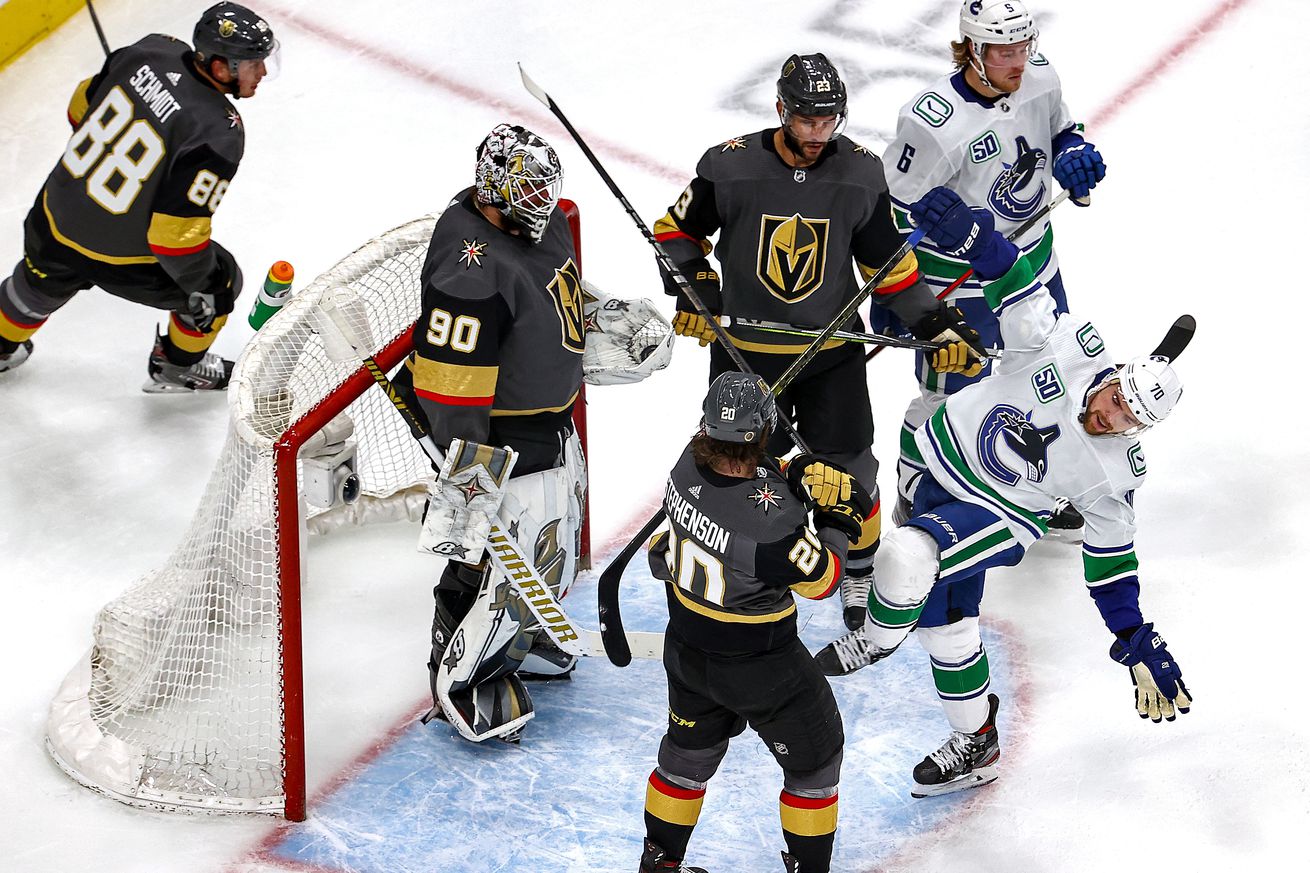 The post-boycott schedule has been released.

The Vegas Golden Knights and Vancouver Canucks will play a back-to-back when the Stanley Cup Playoffs resume Saturday.

The third game of the series, as well as Game 3 between the New York Islanders and Philadelphia Flyers, was postponed due to the league following suit with other pro sports leagues across North America by rescheduling games to raise awareness toward systemic racism and police brutality.

The back-to-back was originally scheduled for Games 5 and 6, meaning this weekend will become an important swing in this series. Vegas won Game 1, 5-0, and Vancouver responded with a 5-2 victory in Game 2 on Tuesday.

Barring unforeseen circumstances, the Golden Knights will deploy both goalies in this back-to-back. Robin Lehner has started six of seven games during the Stanley Cup Playoffs, including two of three in the round robin. Marc-Andre Fleury made 26 saves in a 2-1 victory in Game 3 of Vegas’ first-round series against the Chicago Blackhawks.

If necessary, Games 6 and 7 will also be a back-to-back.

Revised schedule (all times PT and on NBCSN):