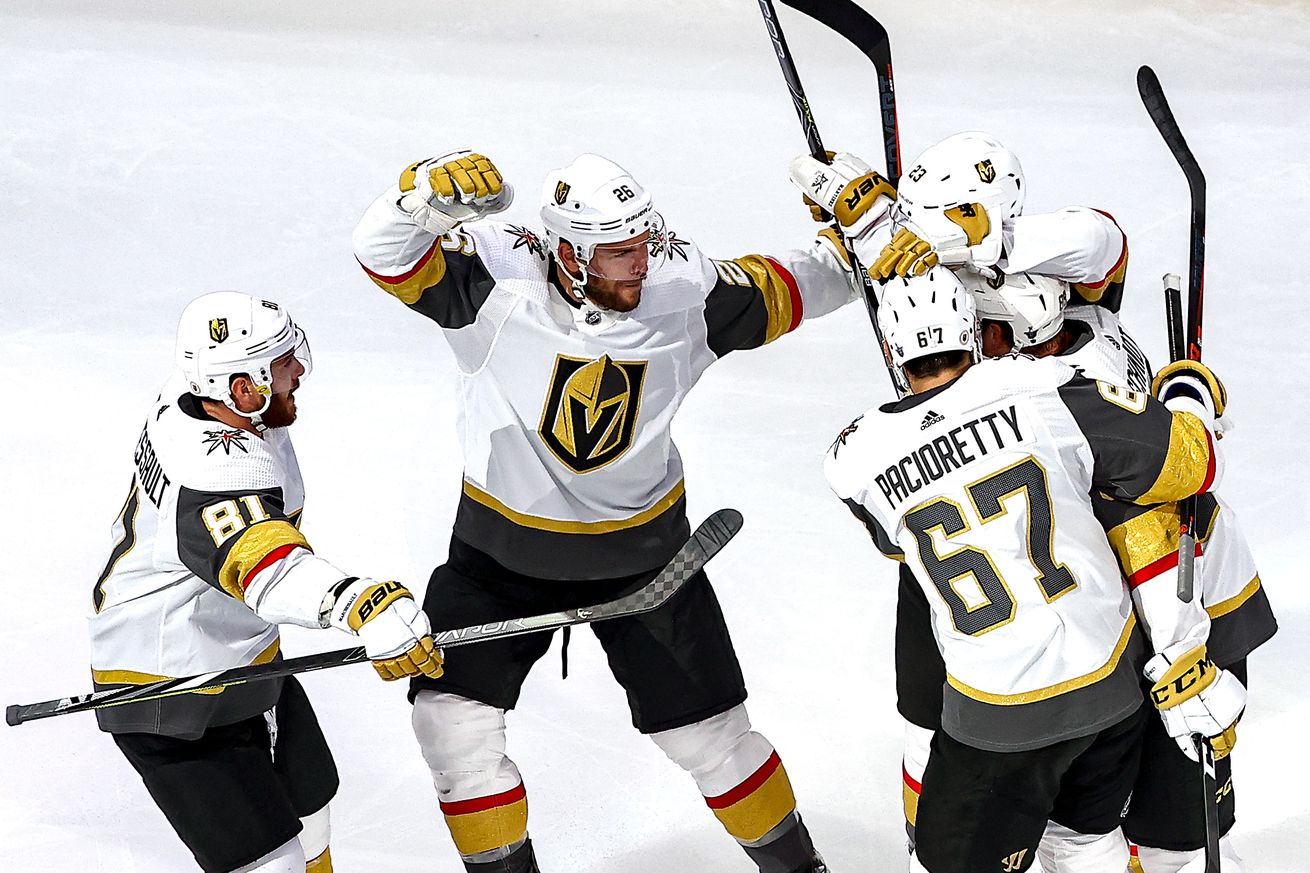 Come chat with us.

The Vegas Golden Knights must win tonight in order to keep their playoff hopes alive.

The Dallas Stars took a commanding 3-1 series lead Saturday night with a 2-1 win in Game 4.

When the Knights made the coaching change earlier this year, it didn’t make a whole lot of sense, but it was clear that Pete DeBoer was being tasked with not just reaching the Stanley Cup but winning it. He took both New Jersey and San Jose to the Stanley Cup Final in his first year as bench boss but lost both times. Now he’s in jeopardy of missing the big dance altogether.

That’s what the Knights are looking to avoid tonight.

It’s cliche, but Vegas has to take things one period at a time and one game at a time. Three out of four second-round series (including Vegas’) saw teams force a Game 7 after trailing 3-1. Though the team with the 3-1 lead ultimately won in all three cases, that doesn’t mean Vegas has to follow that script this time around.

A strong start will be key tonight, especially since the team that has scored first has won three out of four games in this series. But Vegas has to play a smart game, limit turnovers, stay out of the box and make necessary adjustments in order to score goals. One or two goals is not going to cut it at this point of the season, so Vegas’ offense needs to come out and play.