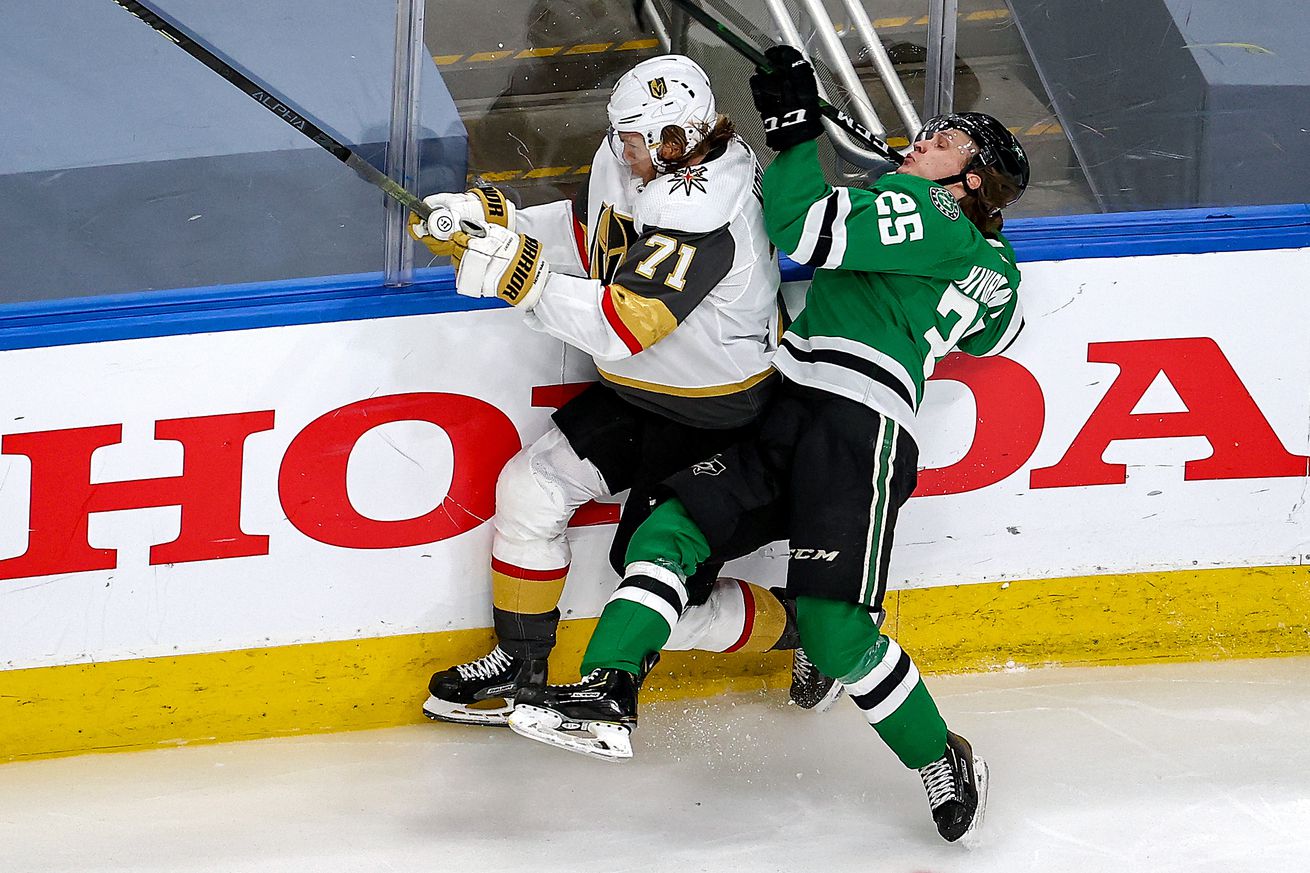 Vegas aims to even up the best-of-seven series.

The Vegas Golden Knights and Dallas Stars will go head-to-head tonight in a critical Game 4 contest.

A win for Vegas and the series is tied at 2-2; a loss, and the Knights are one loss from elimination while the Stars are one win from advancing to the Stanley Cup Final.

Needless to say, the Knights need to get off to a good start tonight.

The team that has scored first has won all three games of this series thus far. The first two were shutouts, and though Game 3 was a back-and-forth effort, ultimately Dallas scored first and came away victorious with a shocking game-winning goal just 31 seconds into overtime.

It didn’t prove to be relevant that the Knights were dominant in the third period. It didn’t matter that Vegas came out on top in shots (40-23) and shot attempts (73-44). Anton Khudobin was fantastic for the Stars, and that’s why Vegas finds itself trailing.

The Knights need a good start, a consistent 60-minute effort and a confident performance tonight. They bounced back in Game 2, and they need to do the same tonight.