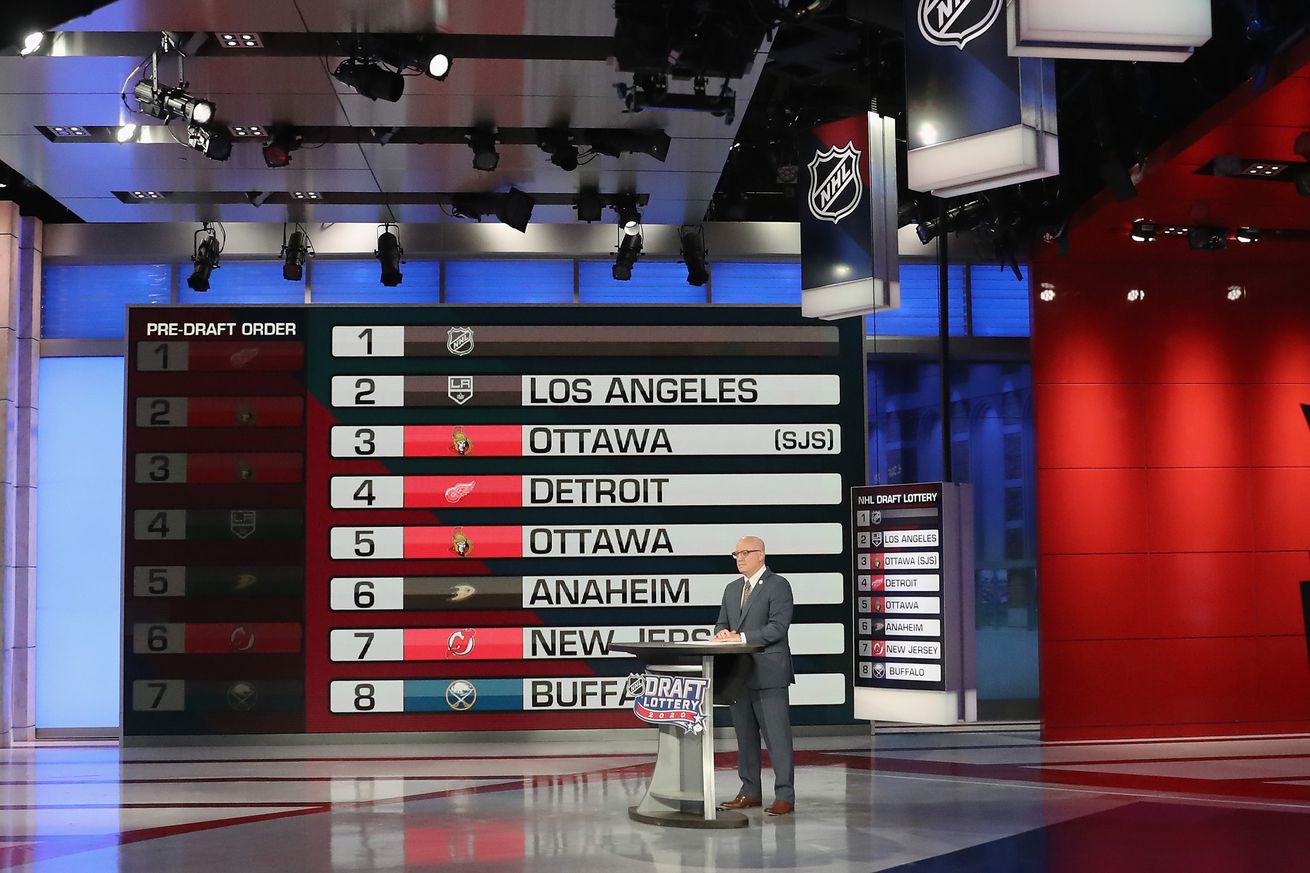 The play-in round to the Stanley Cup Playoffs takes a hit on intrigue knowing a playoff-caliber team will get Alexis Lafreniere.

Think back to March 9 when the Vegas Golden Knights played their final regular season game at the Edmonton Oilers.

It turned out to be an important game on multiple fronts. Not only was it a much-needed 3-2 overtime win for Vegas against the team chasing them in the Pacific Division standings, but it would eventually result in a second division title in three seasons for the Golden Knights.

Three days later, the NHL’s season paused due to COVID-19 and the wheels were put in motion to this format we are now accustomed to; 16 teams playing a best-of-5 qualifying round to see who will play in the official round of 16 to compete for the Stanley Cup.

Had Edmonton won in regulation, the Golden Knights would be the No. 5 seed in the Western Conference by points percentage. The Oilers would be division champions and would be in the round robin format with the St. Louis Blues, Colorado Avalanche and Dallas Stars. Had it played that way, we would be talking about the Golden Knights facing the Chicago Blackhawks in a best-of-five series.

And as a result of last Friday’s NHL Draft Lottery, the Golden Knights would have been a part of the biggest discussion involving the qualifying round that has nothing to do with playing for the Stanley Cup: Would they lose just for the chance to draft Alexis Lafreniere?

Knowing the Golden Knights, probably not. Fortunately, the Golden Knights won’t have to involve themselves in that discussion, but these are the times we’re living in now. One of 16 playoff-caliber teams will have the opportunity to draft Lafreniere, the skilled forward from Rimouski of the QMJHL; not the Ottawa Senators with two top-five picks (thanks San Jose), not the should-have-been-relegated Detroit Red Wings, and not even the Buffalo Sabres who could use a stroke of luck from the hockey gods right now.

It’s been one week since the NHL announced Team TBD would get the No. 1 overall pick. It doesn’t make it any less asinine seven days later. This qualifying round, which is the best situation the NHL could have come up with to resume play and eventually award the Stanley Cup in 2020, now lacks authenticity and intrigue. This isn’t to say teams would actually tank to gain the 12.5 percent chance at getting the No. 1 pick, but conspiracy theories are aplenty in this lifetime.

As a hockey fan, you want to get excited for these matchups. The Columbus Blue Jackets, with nearly everyone healthy again, would be a worthy adversary to the Toronto Maple Leafs. Imagine if Toronto lost; there wouldn’t be discussions of how good the Blue Jackets were to advance to the official round of 16. Hockey Twitter would erupt with, “Did the Leafs lose on purpose?”

The Pittsburgh Penguins, perhaps the greatest example of championship pedigree outside of the Blackhawks this past decade, don’t need Lafreniere. But what if the Montreal Canadiens pulled off the “upset?” What if Carey Price stood on his head during a five-game series and the Penguins forgot how to score? The image of Lafreniere in a Penguins sweater just thrills you, doesn’t it?

Speaking of the Blackhawks, remember that moment where you — the passionate hockey fan — were glad Chicago came off its championship high and were in the midst of a rebuild? The Blackhawks could legitimately lose to the Oilers, no one would bat an eye, but they’d have as good a chance as anyone to draft Lafreniere. Voila, the championship window for Patrick Kane and Jonathan Toews still exists. Or, flip the coin: What if Chicago beat Edmonton? The Oilers get a chance to build around Connor McDavid, Leon Draisaitl and Lafreniere for the next 10 years.

No matter which you way you present it, a good team is about to add a highly-skilled forward to its organization. Unfortunately, until further notice, there’s no way to determine which team is actually worthy of him. The draft lottery is supposed to provide parity, to give the teams at the bottom a chance to eventually get to the point where they’re playing in the Stanley Cup Playoffs, or even in this case, a playoff qualifying round.

Instead, whenever the puck eventually drops when the season resumes, the talk won’t be about the thrill of hockey returning. It’ll be a week-and-a-half of who has purposefully given up hope.

Who wants to get excited for that?