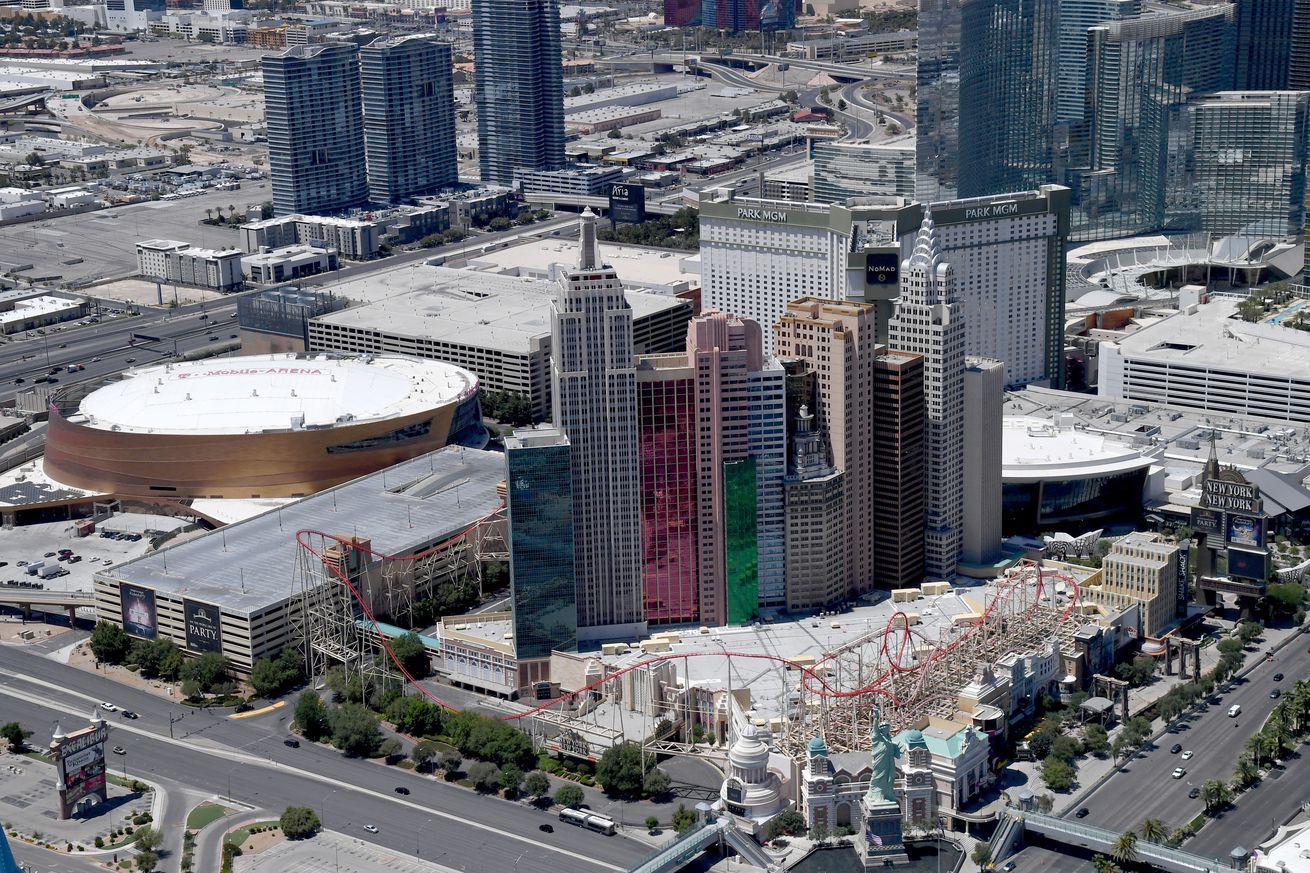 A lot of questions remain on how to make this happen, but it could be more different than we think.

Las Vegas is being considered as one of the hub cities the NHL will use when they continue play for its 24-team Return to Play call to action at some point this year.

The date will remain fluid for a while, but the target area at the moment is any time after July 1. That’s when commissioner Gary Bettman expects some sort of formal training camp for the teams revving up competition for the first time since the season’s pause on March 12 due to COVID-19.

The Vegas Golden Knights are the No. 3 seed in the Western Conference based on points percentage and will be playing in a round-robin format to determine seeding before the official field of 16 can commence. The St. Louis Blues, Colorado Avalanche and Dallas Stars will also take part in that.

“We have our input, but I’m not unhappy with how it ended up,” said Golden Knights owner Bill Foley. “I thought finishing the regular season just put more pressure [on other teams] and it got more teams involved that had nothing to win.

“So we’re going right to this playoff scenario and we’re going to play for seeding. We’ll see how we come out. I’m pretty confident. We have a pretty good team. Guys are healthy again. I know everyone else is, but we did win 11 of the last 13. I know we’re going to be OK.”

Bettman said Tuesday that the goal is to have two hub cities; one for the Western Conference, one for the Eastern Conference. It makes sense why Las Vegas is being considered. There are seven hotels all within a three-mile log from T-Mobile Arena. Despite resorts not opening until June 4, occupancy shouldn’t reach its peak for some of the Strip’s high-profiled hotels.

Out of 8,240 confirmed coronavirus cases in Nevada, 6,081 patients have recovered as of Thursday, according to the Review-Journal. The highly-populated Clark County is the epicenter of Nevada’s cases. The fear of cases spiking is real should Nevada open its doors to tourists in the coming weeks.

“We’ll probably need to make [a decision on hub cities] in three to four weeks, and at that point we would be able to better evaluate how COVID‑19 is in a particular place,” Bettman said. “That could be a positive or it could be a negative. We need to make sure that there’s enough testing available and we’ll be needing lots and lots of testing, but we don’t want it to interfere with the medical needs of the community. That has to come first.”

Las Vegas has seen a decline in cases and the infection rate has also dropped — the 6.26 percent as of Thursday is cut in half from what it was April 23 (12.62 percent). As the nation’s death toll eclipsed 100,000 this week, it would be premature to say COVID-19 has hit its peak, especially in Nevada.

Las Vegas is considered a favorite. Based on Bettman’s comments, the next few weeks will go a long way in determining that. A rising number in cases on what could be deemed a premature opening by some in Las Vegas could derail progress in what the NHL wants to accomplish.

How would hockey work?

The Golden Knights are going to be one of the 16 teams playing for the Stanley Cup, whenever that may be. By then, cities will be chosen and the best-of-5 qualifying round will begin.

“Obviously we’ve talked about that, and actually I’ve heard arguments on both sides of that equation. I can’t tell you that that has been finally decided,” said NHL deputy commissioner Bill Daly, “but particularly given the fact that there’s no fans in the stands, we certainly see some merit to moving the club to a different market so that any perceived advantages associated with being in a home market are eliminated.”

Edmonton Oilers captain Connor McDavid doesn’t feel a team playing in its home arena, in front of no fans, would give said team an advantage. Edmonton is one of the 10 cities considered as a hub, but given Canada’s strict quarantine guidelines to COVID-19, seeing the Alberta nation — or even Toronto or Vancouver as other options — would be highly unlikely.

But should that come to pass, the Eastern Conference would likely set up shop in Las Vegas while the West would try a city like Pittsburgh or Columbus.

In the midst of unveiling the Henderson Silver Knights as the Golden Knights’ new AHL affiliate on Thursday, Foley said he’s not concerned if his club has to travel elsewhere to finish the season and thinks Las Vegas is more than capable of handling things properly should it be chosen.

“I think Vegas is a great destination,” Foley said. “We have the hotels all over T-Mobile Arena to satisfy the needs of eight teams, 12 teams. I believe it would be great for Vegas. The downside is possibly we wouldn’t be able to play in Vegas. We’ll go either way. If Vegas ends up being a hub city, I know the resort industry will do a great job and we’ll make sure everyone gets ice time as much as they need all over town.”

The NHL is going to have access to between 25,000 – 30,000 tests for players and team personnel when Phase 3 is in effect. Phase 2, which is designed for teams to open their facilities and practice only six players at a time, is going to take place in June. In short, this is a fluid situation. Daly said one positive test won’t shut down the league, but it took Utah Jazz center Rudy Gobert testing positive for the NBA to halt everything. Plans will need to be in place, and it will need to be efficient for the sake of the NHL and, more importantly, the city of Las Vegas.