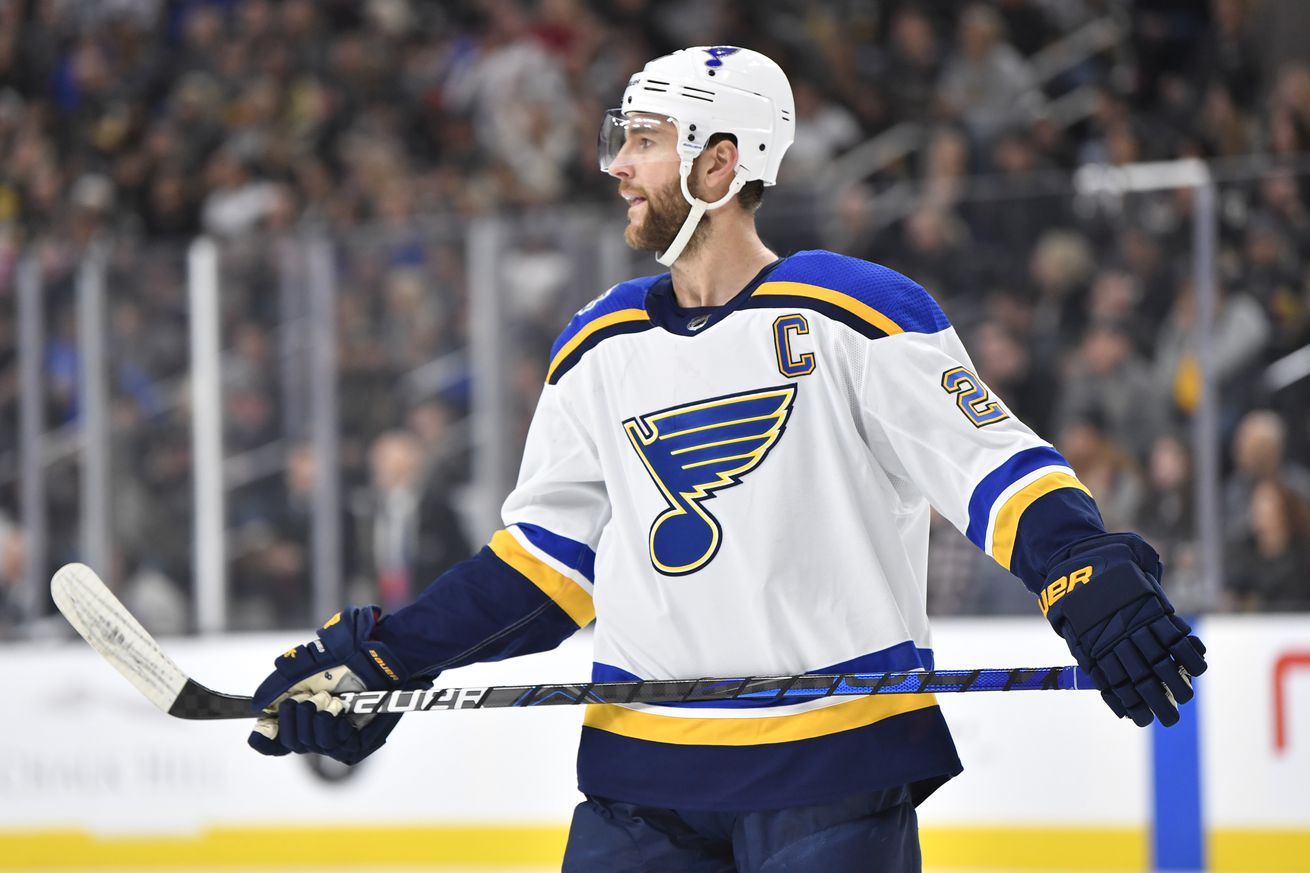 Vegas’ new defenseman spoke for the first time since signing his new deal.

From the moment the Golden Knights lost in the Stanley Cup Final to the Washington Capitals in 2018, the taste of winning has been evident, all based by the moves they made following that Cinderella run.

From signing Paul Stastny to a three-year deal on July 1; to trading for and signing Max Pacioretty, Mark Stone and Robin Lehner to long-term extensions — to even firing Gerard Gallant in favor of Pete DeBoer in January — all are calculated risks in the hopes of bringing Vegas to the top of the NHL landscape.

Then we get to Monday, when the Golden Knights pushed all their chips to the middle of the table, making such a gamble to sign defenseman Alex Pietrangelo to a seven-year deal with an AAV of $8.8 million. It’s a gamble in a long line of moves that puts the pressure on the Golden Knights to win a Stanley Cup.

Pietrangelo wouldn’t want it any other way.

“I wanted to go to an organization that was committed to winning,” Pietrangelo said. “I wanted to make sure I went to a franchise that has an opportunity to win, and I think I can certainly help in that department.”

Yet this was the biggest challenge Vegas faced, having been strapped tight against the salary cap after signing Lehner and Chandler Stephenson to their extensions. McCrimmon moved forward Paul Stastny and his $6.5 million salary to the Winnipeg Jets in a near-cap dump, while also sending defenseman Nate Schmidt to the Vancouver Canucks, clearing his $5.9 million cap hit.

Those two, combined with Pietrangelo’s arrival, makes this the most important move this franchise has made to this point — not just due to the player’s impact, but because there might be a welcomed pressure for this organization to win now, and that fits what Pietrangelo was looking for from the get-go.

Pietrangelo said the intent was to always re-sign with the Blues. He never shut the door on them heading into free agency this past Friday, even when the deadline passed for him to take an eight-year deal with St. Louis. Then came the stunner of the Blues signing former Bruins defenseman Torey Krug to a seven-year deal at around 5 p.m. PT Friday.

While Pietrangelo never officially moved on, it was clear the team that drafted him No. 4 overall in 2008 did. He never counted the Blues out until he signed his Vegas contract on Monday.

“I don’t think my mind ever really flipped to that point until we tried, and tried, and tried with St. Louis, and it didn’t look like something was going to get done,” Pietrangelo said. “My kids are here [in St. Louis], they’re in school here, my wife is from here; I don’t know anything different. We pushed, and sometimes things don’t work out the way you expect them to be.

That led to Pietrangelo and his wife, Jayne, flying to Las Vegas on Saturday to meet with McCrimmon, president of hockey operations George McPhee, and owner Bill Foley. Pietrangelo toured City National Arena and experienced the Summerlin lifestyle; he added he was impressed with what the organization and the city had to offer outside of the Strip.

“You want your family taken cared of and feel comfortable while you’re gone, and I think the uncertainty of what’s going to happen this season, too, made me feel better knowing my wife felt comfortable with the kids,” said Pietrangelo, a father of four. “Not an easy decision when your roots are somewhere. It’s a special place to us. This is an important place to me and my family, and I have nothing but good things to say [about St. Louis].”

The on-ice factor also played a part in Pietrangelo signing with Vegas. He met with DeBoer on Saturday to talk about how he would be deployed, likely replacing Schmidt on the top pair. Pietrangelo has 450 points in his NHL career and was on his way to a career-year this past season before it paused March 12 due to COVID-19.

The prospect of playing with Shea Theodore also appeals to Pietrangelo. Theodore, who evolved into a No. 1 defenseman for Vegas during the return to play, gives the Golden Knights a dangerous unit at the blue line for, at least, the next five years.

“I told him I’m looking forward to working with him and helping him,” Pietrangelo said. “I’ve been around for a while, and I think I can help him in that aspect.”

Pietrangelo said in that same conversation that he’s not coming to steal No. 27 from Theodore; he’ll be wearing No. 7.

McCrimmon said Monday that getting Pietrangelo was the equivalent to trading for Stone at the 2019 trade deadline. There’s no question Pietrangelo can produce more than what Schmidt could offensively; Pietrangelo was nearly a two-point-per-60 player with the Blues last year and was more than a half-goal per 60.

But even if you add Theodore in the conversation, Pietrangelo metrically still is the best defenseman right now on the Golden Knights. Pietrangelo’s even-strength goals above replacement (11.1) nearly double what Theodore and Schmidt combined for (6.4), and the power play (3.0) is doubled than what Schmidt produced (1.5).

The case is valid that the defense was not the issue of addressing this offseason. The Golden Knights still scored eight goals in their five-game loss to the Stars. While Pietrangelo can be a help from the blue line, McCrimmon is entrusting DeBoer to find where the Knights struggled and fix it with the same forward core intact.

“We didn’t score enough against Dallas. We had a hard time scoring against Vancouver. Do I think that’s symptomatic of a team issue or an issue that’s going to plague us? No, I don’t,” McCrimmon said. “We needed a few more goals in our series. I agree and understand … but I think adding a really good player makes our team better. Does that translate into offense directly? Time will tell.”

Nevertheless, it’s three playoff appearances in three years for the Golden Knights and they just added an elite-level defenseman. Pietrangelo should thrive in DeBoer’s system, and will make the Golden Knights contenders in the Western Conference once again.

This move, though, needs to work.

“With the success guys have had getting close the first year, and last year as well, certainly pushes guys to get more hungry, and they’re willing to do what they have to do,” Pietrangelo said. “When you’ve gotten so close, you realize how hard it is to win and it’s a process.

“I said to Kelly and George, having already won once, it’s a funny feeling because you want to win again, so you want to keep doing that. With them coming so close in the first year, you can see the energy. I think they’re still close, and hopefully I can take that over the edge to get that opportunity, because it’s a fun process to go through and once you do it once, you want to keep doing it.”