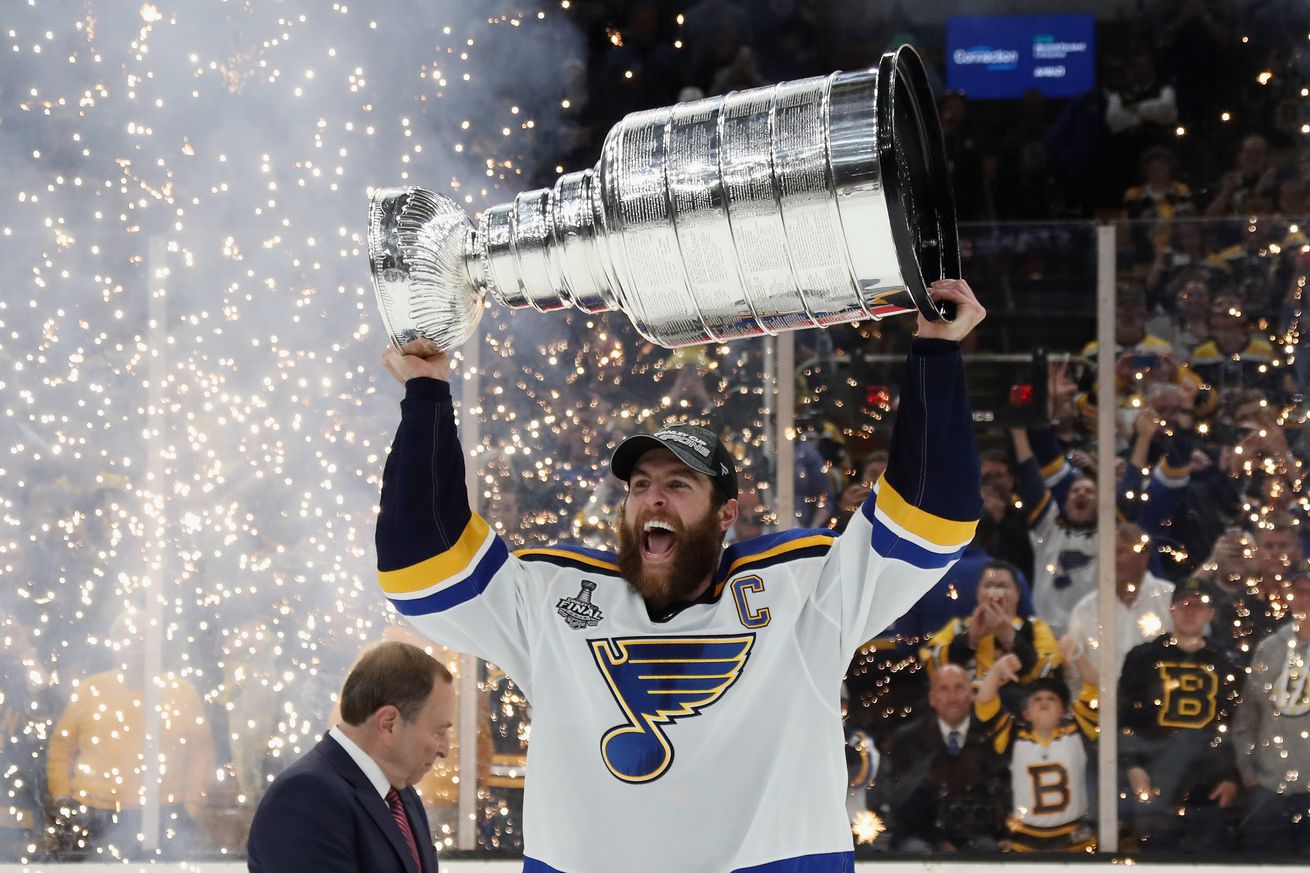 The big fish has been reeled in.

It’s taken only three seasons for the Vegas Golden Knights to win the game of chance that is free agency. And indeed, they won big.

The Golden Knights have signed star defenseman Alex Pietrangelo to a seven-year deal with an average annual value of $8.8 million, thus ending a 12-year run with the St. Louis Blues.

The Athletic was first to report the terms, which were then confirmed by a source close to the deal.

Elliotte Friedman reports the deal has a full no-move clause.

The race to land Pietrangelo materialized from three teams since the start of free agency on Friday — the Golden Knights, Blues and Toronto Maple Leafs.

As the first day progressed, it quickly appeared to become a one-team race. Toronto signed former Flames defenseman TJ Brodie to a four-year, $20 million contract. An hour later, the Blues pulled off a stunner by signing former Bruins defenseman Torey Krug to a seven-year deal with an AAV of $6.5 million.

Pietrangelo had not ruled the Blues out, despite the deadline passing for St. Louis to offer its captain an eight-year contract. But the Blues signing Krug ruled out any hope of them re-signing Pietrangelo. So much so, that Pietrangelo told The Athletic that the Krug signing “caught me off guard.”

The Golden Knights traded Paul Stastny to the Winnipeg Jets hours before free agency began, clearing $6.5 million in cap space to land Pietrangelo, even after re-signing Tomas Nosek to a one-year, $1.25 million contract later in the day. Pietrangelo’s deal takes the Golden Knights to (money amount) over the cap, but still less than the 10 percent over-the-cap allowance provided.

Vegas was $6.924 million above the cap at the time of Pietrangelo’s signing, but the Golden Knights cleared a chunk of that by sending Nate Schmidt to the Vancouver Canucks for a third-round pick in the 2022 NHL Draft. Per CapFriendly, the Golden Knights are $974,104 over the cap. McCrimmon did not confirm if the Knights were cap compliant, but reassured that the team would be come opening night, whenever that would be.

But for the immediate term, the Golden Knights get their right-shot, power play quarterback defenseman they’ve long coveted.

Pietrangelo has 450 points (109 goals, 341 assists) as he enters his 13th NHL season. The former fourth overall pick in the 2008 NHL Draft scored a career-high 16 goals last season and has scored 50 points four times.

A two-time All-Star selection, Pietrangelo captained the Blues to their first Stanley Cup championship in franchise history in 2019, defeating the Boston Bruins in seven games. Pietrangelo was on pace to set a new career-high in points this season (52 in 70 games) before the NHL shut down due to COVID-19. The Blues were eliminated in the first round by the Vancouver Canucks in six games.

McCrimmon compared signing Pietrangelo to the same impact as trading for Mark Stone in February 2019. They play different positions but the impact they can bring from their respective areas of play.

“We get a guy that’s in the discussion for the Norris Trophy each year. He’s one of the top four, five defensemen in the game. He’s the first over the boards in every situation for his team,” McCrimmon said.

This won’t be the last move the Golden Knights make this offseason, but it’s arguably the biggest and most aggressive move they’ve made to this point. The big fish has been reeled in.

Pietrangelo is expected to meet with the media on Tuesday.

“We wouldn’t have gone to these lengths for anyone but a player that we think can do as much for our team as Alex can,” McCrimmon said.