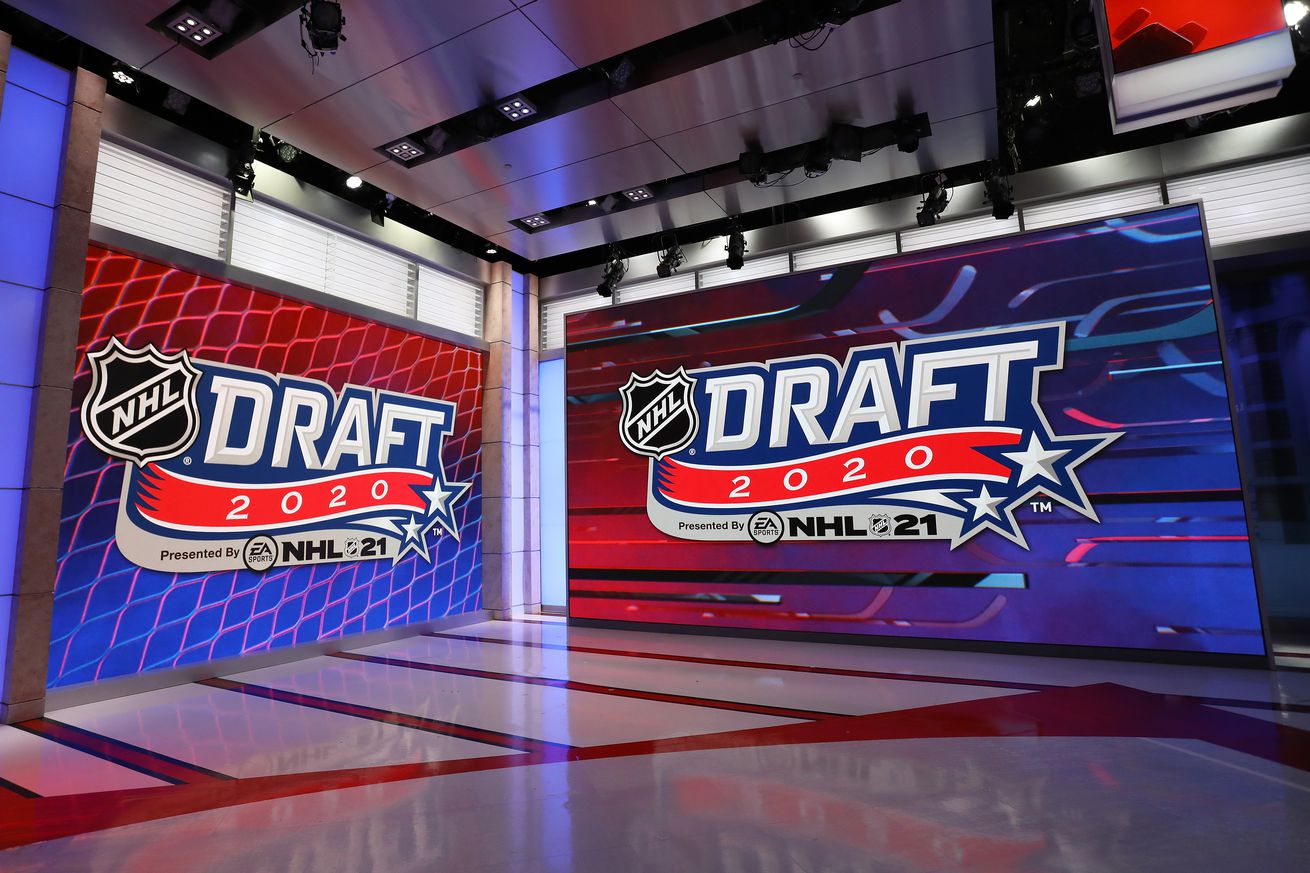 The Knights traded up for the No. 125 pick and added four more prospects.

It has been a busy few days for the Vegas Golden Knights, who drafted Brendan Brisson in the first round of the 2020 NHL Entry Draft, added an additional five new prospects to the pipeline on Day 2 and signed Chandler Stephenson to a four-year extension.

Day 2 clocked in at just under eight hours, but Vegas came away with a newly-stocked cupboard of talent. After taking Lukas Cormier early in the third round (No. 68), the Knights added two forwards, one defenseman and a goaltender from the 2020 draft class. Here’s a look at the newest members of the Golden Knights.

The Vegas Golden Knights used their second pick of the third round to draft speedster forward Jackson Hallum (No. 91 overall).

Hallum is primarily known for his skating and is considered one of the fastest players in the draft (if not the fastest). He uses his speed well to carve his way through defenders and drive to the middle of the ice.

The main knock on his game is his playmaking ability, and some say he makes questionable decisions on the ice. However, he has plenty of time to work on those concerns. In fact, he recently committed to Michigan University and will join the Wolverines in 2022.

On the bright side, Hallum saw a significant jump in production this past season, scoring 18 goals and and 35 points in 25 games for St. Thomas Academy in Minnesota after recording eight goals and 21 points the year before. He went on to record five assists in six playoff games this past season.

His speed gives him an obvious edge, and the skilled forward plays with an aggressive style.

Overall, he has the potential to be a sleeper pick.

Notably, Hallum didn’t expect to be drafted as early as the third round, so he wasn’t watching when his name was called.

The Knights didn’t have any draft picks in the fourth or fifth rounds heading into Day 2, but they ended up with the first choice of the fifth round after trading up.

The Knights sent a 2022 fourth-round pick to Detroit in order to select goaltender Jesper Vikman at No. 125 overall.

Vikman boasts a 6-foot-3 frame and was ranked eighth among European goalies by Central Scouting.

According to FC Hockey, Vikman is especially effective covering the lower part of the net, but his size allows him to maintain good positioning. He moves well despite his frame and reacts quickly on the ice.

His numbers aren’t overly encouraging, however.

That being said, he clearly has the attention and respect of Vegas’ scouting staff.

Much has been made of Vegas’ goalie situation over the last few months, though Vikman isn’t expected to be ready for NHL action for years. It’s not unusual for goaltenders to require more development than skaters, so he has plenty of time to work on his craft.

In the sixth round, Vegas elected to further bolster its depth on the blue line by drafting defenseman Noah Ellis (No. 184 overall).

The Iowa native scored 11 points in 47 games with the Des Moines Buccaneers of the USHL last season. He posted a minus-22 rating, and his stick positioning isn’t always first-rate, but Ellis is considered a well-rounded rearguard and has solid skating ability. He is another prospect with strong sleeper potential.

Ellis had a particularly memorable performance for Team USA in the 2019 Hlinka Gretzky Cup, scoring two goals and two assists in four games. The team didn’t have a great showing, but Ellis stood out, and that wasn’t just because of his 6-foot-2, 192-pound frame.

Ellis is known for providing stability on the back end and for helping his team’s transition game, as he remains calm under pressure and makes strong first passes. The right-shot defenseman committed to UMass-Amherst but will remain in the USHL for the time being.

He models his game after Shea Theodore, one of his favorite defensemen; it’s hard to argue with that.

With their final pick of the 2020 Draft, the Knights selected center Maxim Marushev with the 29th pick of the seventh round (No. 215 overall).

Marushev scored 23 goals and 40 points with Bars Kazan of the Supreme Hockey League (VHL), the second-highest level of competition in Russia. He has two assists in five games so far this season.

The native of Saratov, Russia was ranked 74th among European skaters by Central Skating. He is on the older side at 21 years of age but plays a 200-foot game and is strong on both sides of the puck.