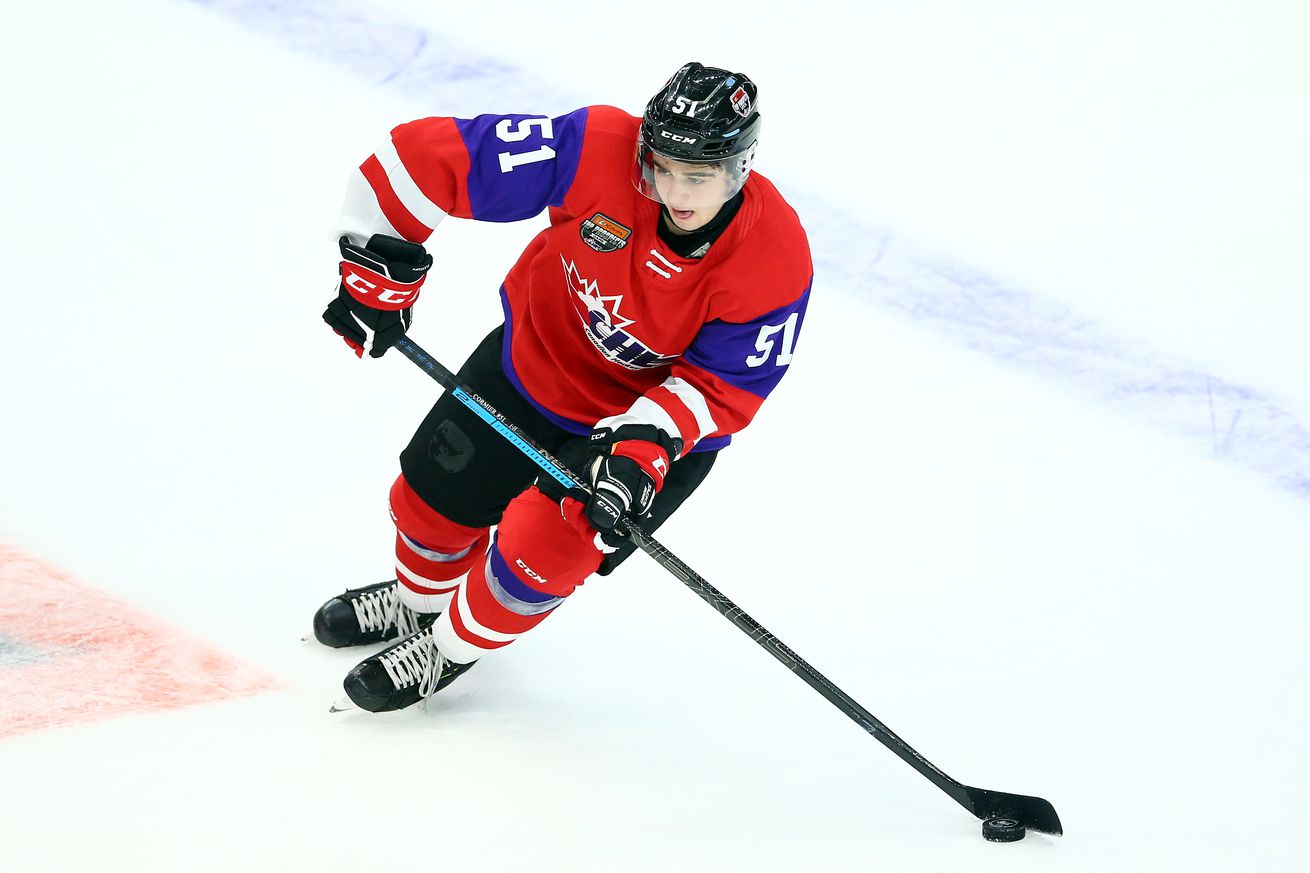 Vegas selects a skilled defenseman from the QMJHL.

The Vegas Golden Knights used their first selection of Day 2 of the NHL Draft to select defenseman Lukas Cormier with the sixth pick of the third round (No. 68).

Cormier is an undersized defenseman at 5-foot-10 and 180 pounds, but he’s a skilled mobile defenseman with a capable scoring touch; his 36 points were good for fifth on Charlottetown of the QMJHL and he led all defensemen.

He had 19 points on the power play with 18 of them being assists.

FC Hockey had Cormier as the 26th best prospect in the draft, while NHL Central Scouting listed the Sainte-Marie-de-Kent, New Brunswick native as the 32nd best skater in its North America rankings.

Per FC Hockey: “He has a great stride and always keeps his feet moving. His incredible skating abilities create many controlled zone exits and entries using his excellent acceleration, speed and agility to blaze through the neutral zone. He possesses smooth edges, which helps him attain lateral quickness and the agility to walk the blue line offensively. Defensively, he needs to work on his average game and there is room for improvement. With that said, he displays good gap control and backward agility to stay with his man off the rush.”

Central Scouting says Cormier is a skilled, mobile defenseman that “skates very well, moves the puck quickly and with authority.” The report also speaks about his vision and how well he processes the game, as well as being a sound defender and is effective in jumping into the play.

The Golden Knights did not have a second-round selection; that was traded to the Ottawa Senators in the deal for Mark Stone in 2019. Vegas next drafts at No. 91.